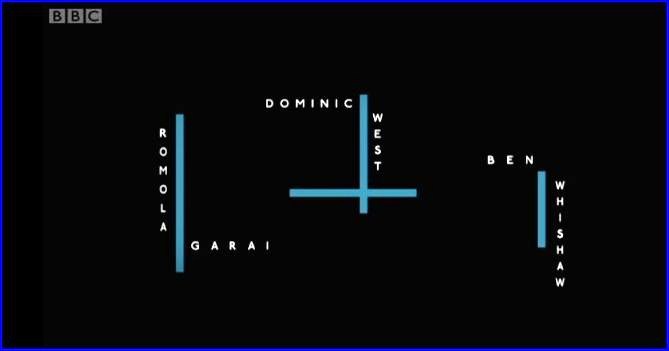 A homage to the great Saul Bass?

“And as The Hour fails to impress its audience, can they turn things around?” That was the 2011 BBC continuity announcer talking about the fledgling news show within the 1950s-set drama. But I don’t think I’m the only viewer who was left distinctly underwhelmed by last week’s opening episode. After all the hype about how this series was the BBC’s answer to Mad Men, I soon realised we’d been sandbagged by cunning marketeers hoping to bask in the reflected glory of AMC’s award-winning show.

I really wanted to like The Hour. The summer schedules are a barren landscape of repeats and reality TV dross, sandwiched between a pile-up of sporting fixtures. I always give a novel at least 50 pages before tossing it into the “unreadable” pile, so I decided that The Hour deserved a second look. But a further 60-minutes worth of lame conspiracy thriller wrapped within a stilted workplace drama haven’t convinced me that this is worth my time. If it weren’t for the intervention of the Suez Crisis, I think I would have been hitting the bottle even harder than Anna Chancellor’s oddly named foreign correspondent, Lix.

If the opening credits were a reliable guide to quality, The Hour would be fabulous. Someone’s obviously been worshipping at the altar of genius title designer Saul Bass, with those artful patterns of intersecting blue lines and boxes that finally evolve into a crossword puzzle. The accompanying jazzy, finger-popping score reminds us we’re in seriously retro mode here. Sadly, this is a case of style over substance. 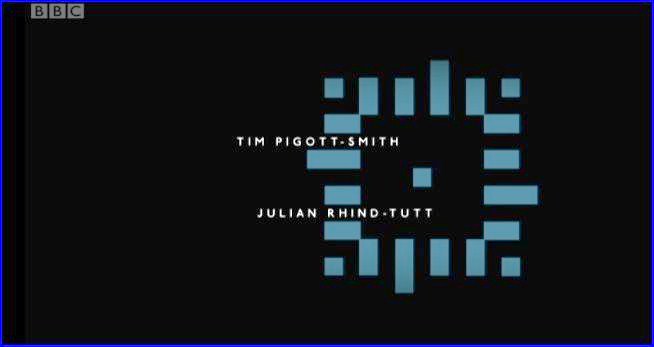 I’m not convinced that a story about the evolution of a TV news service really needs to get bogged down in the murky world of Cold War espionage. (I’d rather rely on James Bond, Harry Palmer or The Spy Who Came in From the Cold.) But Episode One threw its cards on the table with a bloody murder on the Underground and a distressing finale involving the staged suicide of a debutante. What could Episode Two do to top this (if you’ll pardon the pun)?

Well, we had ferret-faced reporter Freddie Lyon (Ben Whishaw) joining up the dots with his crossword puzzle clue (“He Knows”) and that wall of newspaper clippings that’s the hallmark of every amateur conspiracy theorist. In between he sniped in jealous schoolboy fashion at the devilishly handsome anchorman Hector (Dominic West), while hotshot producer Bel (Romola Garai) tried to maintain the peace.

Romola Garai was brilliant as Sugar, the autodidact Victorian prostitute, in the recent BBC adaptation of The Crimson Petal and the White. Here she just tosses her lustrous locks around, adjusts her garter belt and appears hopelessly miscast as a serious journalist. I don’t care about her past relationship with the irritating Freddie, or her obvious attraction to the walking cliché that is the ex-public schoolboy, ex-war hero Hector.

Some people are excited about the topicality of The Hour. The Suez plotline is a timely reminder about diplomatic chicanery, shifting alliances and our perennial enthusiasm for bombing campaigns on foreign soil. There’s also a heavily signposted plotline about phone-tapping, for those who aren’t completely sick of that subject.

Series writer Abi Morgan certainly can’t be accused of a lack of ambition in trying to mix historical drama with a noirish thriller. Given the BBC’s recent output, the only surprise is that there’s been no significant action in the bedroom department — unless you count Freddie pawing Bel’s Bill Haley collection.

But every aspect of the story is let down by stilted dialogue delivered with a resounding lack of conviction by all concerned. There’s been some debate about the period authenticity of some of the colloquialisms in the script. I wasn’t around in 1956, but I can only say that Bel’s line “Stuff McCain” (a reference to Julian Rhind-Tutt’s oily politician) sounded like something Obama would have said during the 2008 Presidential campaign.

In Episode One there was a line of completely unintelligible dialogue that I didn’t catch the first half a dozen times I watched it. Freddie compliments his old pal Ruth Elms (Vanessa Kirby) on her hideous coat. “Mother hates it. I wear it to annoy her” she replies. Then she adds something that was only revealed to me by dint of those handy subtitles for the hard of hearing. In case you were baffled, here it is: “One needs to find tiny acts of rebellion where one can.”

I still can’t figure out exactly what Kirby did to make it sound as though she was being asphyxiated as she delivered that line. (Apologies if that comment seems in poor taste, given what happens to her character at the end of the episode.) It must have taken years of drama school training.

My own tiny act of rebellion will be to ignore home-grown dramas for the next few months and concentrate on some full-on motorcycle action with Season 3 of Sons of Anarchy. It’s loud, excessively violent and at times you can’t hear the dialogue through the beards. But at least no one in this show looks as though they’ve “got a pickle up their backside”. What a relief.