Masters of Sex and mid-century design 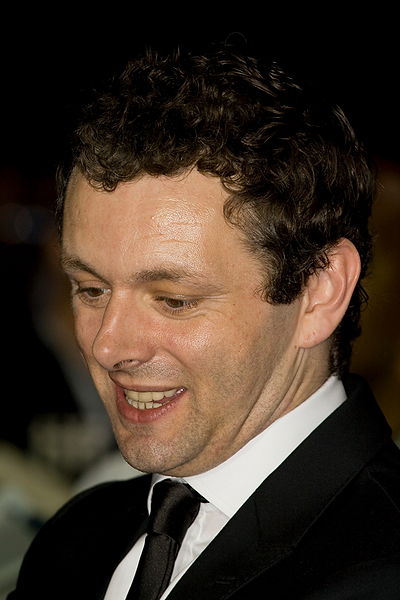 In my quest to recapture that elusive Mad Men vibe, I watched the pilot episode of Masters of Sex on Channel 4. This 12-part US drama from Showtime is about the pioneering research on sexuality conducted from 1956 onwards by stuffed-shirt scientist William Masters (played by Michael Sheen) and his trusty (or should that be lusty?) associate Virginia Johnson (Lizzy Caplan).

Judging from the first episode, Masters and Johnson appear to be an awkward fit as colleagues in their clandestine sex lab – let alone potential partners in anything of a more carnal nature. She’s a twice-married mother of two with a refreshingly earthy attitude towards relations with the opposite sex. He’s a respected fertility expert and Nobel Prize aspirant, whose frequent “Nobody understands sex!” outbursts don’t preclude him being blind to the misery of his neglected wife Libby (played by Caitlin FitzGerald). It’s a textbook case of physician heal thyself.

By contrast, Showtime and those masters of smut at C4 are a match made in TV heaven. Like those other titans of quality US drama at HBO, Showtime is a cable network that revels in its depictions of sex, nudity, violence, profanity and other behaviour that would have Mary Whitehouse spinning in her grave. Previous Showtime productions have included The Tudors (sex ‘n’ codpieces), Dexter (sex ‘n’ serial killing) and the recently returned Homeland (sex ‘n’ the crazy CIA lady). Channel 4, of course, is the natural home of any show that contains the word sex anywhere in the title – Sex and the City, The Joy of Teen Sex and Sex in a Box.

It’s always hard to judge a series on just one episode, but Masters of Sex does have a few other things going for it. There’s Michael Sheen, the Welsh actor with a penchant for playing larger-than-life figures like Tony Blair, Brian Clough, David Frost and even Jesus Christ (in the 2011 Passion Play). But it was Sheen’s uncannily accurate portrayal of the famously repressed Carry-On star Kenneth Williams in Fantabulosa! that sprang to mind as Dr Masters peered through a spyhole at a couple “in the act”. Later, as Masters tried to impress boss Barton Scully (the droll Beau Bridges) with the impressive attributes of his glass dildo (a supersized light saber), I waited for a Williams double entendre to break the tension.

There’s nothing wrong with Sheen’s performance here, but there’s also nothing yet to suggest that his repressed master of medicine Dr Masters will resonate with viewers in the way that Tony Soprano, Walter White or Don Draper have done. In the pilot episode it was Caplan’s resourceful, engaging and (yes) sexually liberated Virginia Johnson who cast a spell over viewers and the dim but handsome Dr Ethan Haas (Nicholas D’Agosto). She looked absolutely fabulous in her off-the-shoulder black party dress, until the jilted Dr Haas (“At the end of the day, all you really are is a whore!”) sucker-punched her in the face.

As someone who watched the first series of Mad Men and cringed at the sexist atmosphere in the offices of Sterling Cooper (as it then was), I was pleased to see the mid-50s era women of Masters of Sex standing up for themselves. (Yes, Virginia does smack Dr Haas-been, though he really deserved a swift kick in the gonads.) Dr Masters’s matronly secretary is played by the formidable Margo Martindale (The Americans, Justified) whose body language suggests that her boast – “I grew up on a farm. I’ve beheaded chickens!” – is not an idle one.

The first episode of Masters of Sex contained a fair helping of earnest speechifying about the importance of Dr Masters’s proposed sex research. Some viewers may have felt that this got in the way of the sex scenes and the unresolved sexual tension between Masters and Johnson. Still, there was plenty of humour to lighten the mood, as when a nervous participant in the research is advised, “He’s not watching you, he’s watching science”.

Michael Sheen may not equal Jon Hamm in the pulchritude stakes, but he does have some lovely Sanderson Dandelion Clocks curtains in his handsomely appointed mid-century office. I don’t know whether Masters of Sex will develop into a great drama, but I’m always happy to watch average TV that’s accompanied by classic, mid-century upholstery and a well-shaken martini.