The Backlisted podcast is a cheery voice in dystopian Britain 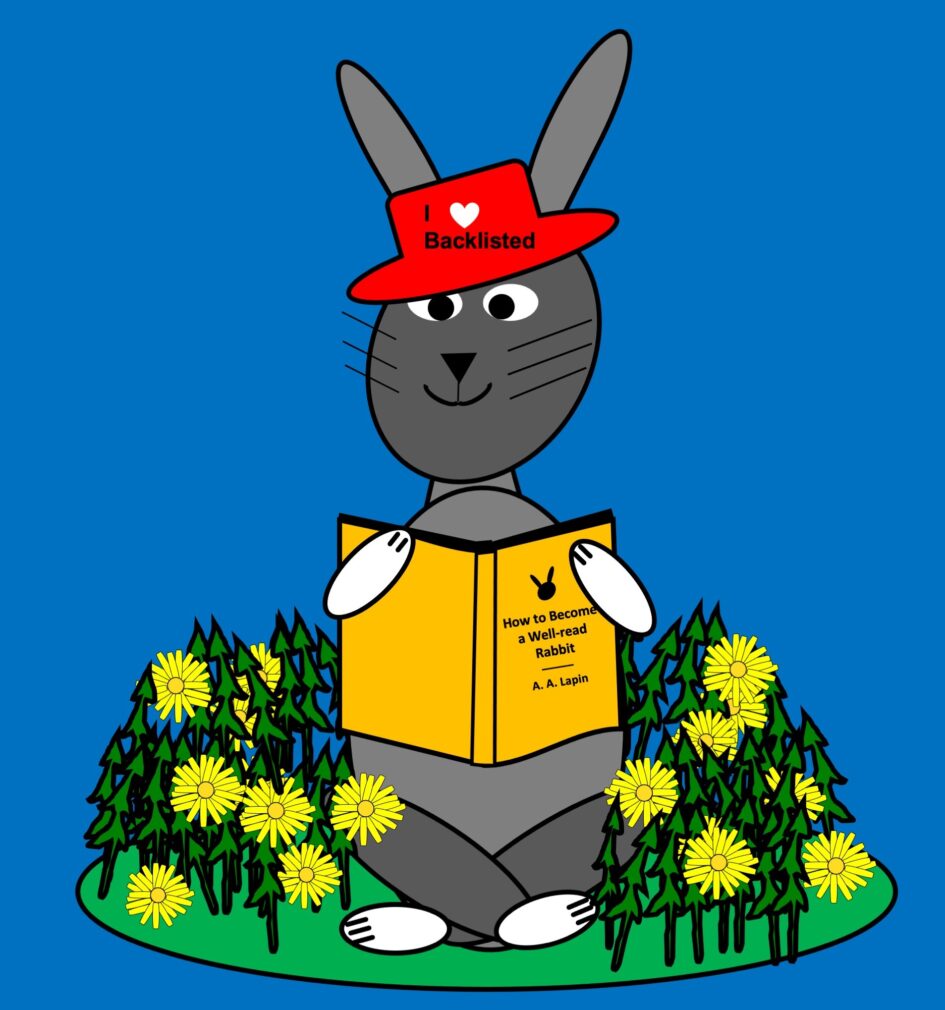 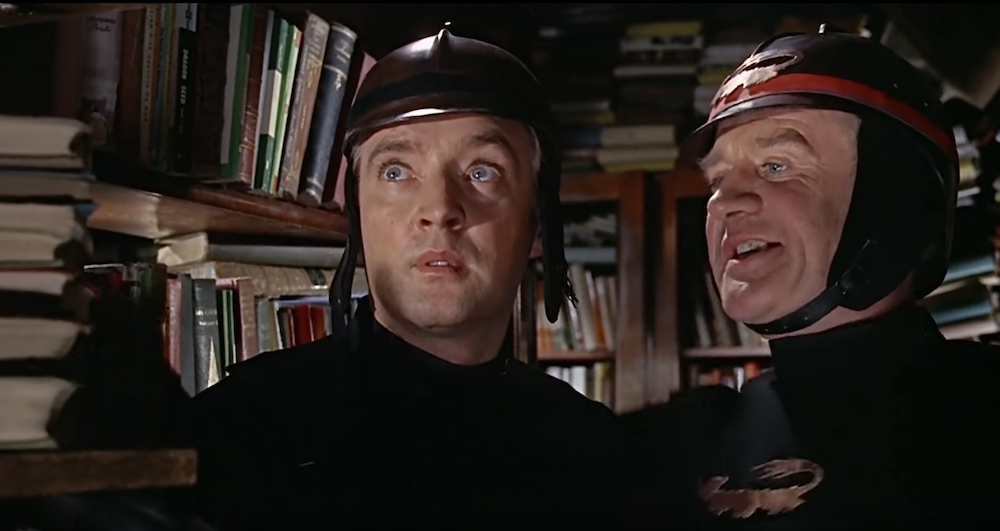 John Mitchinson and Andy Miller of the Backlisted literary podcast are on a mission to give ‘new life to old books’. If they were living in the dystopian world of Ray Bradbury’s Fahrenheit 451 that passion would put them on a collision course with fireman Guy Montag and his boss Captain Beatty, whose task is the destruction of all books.

In François Truffaut’s film of Fahrenheit 451, Beatty (played by Cyril Cusack) explains that books are an obstacle to everyone in society being equal and therefore happy. He claims that books ‘have nothing to say’ and reserves his particular contempt for novels — ‘all about people that never existed’. Luckily, John Mitchinson, co-founder of the crowdfunding platform Unbound, and his co-host, author Andy Miller, don’t share those views.

Backlisted made its debut in November 2015, with an episode in which John, Andy, Matthew Clayton and novelist Lissa Evans discussed the short but brilliant novel A Month in the Country by J.L. Carr. Describing themselves as the ‘Leavis and Butthead’ of the book world, they launched the now-familiar format for the podcast, which will soon celebrate its fifth anniversary with an instalment on The Compleet Molesworth by Geoffrey Willans and Ronald Searle.

There’s always a preamble about what they’ve been reading this week, which in episode 1 included Andy revealing that he’d finally got around to reading Life and Fate by Vasily Grossman. (This has inspired me to make a start on Under the Volcano by Malcolm Lowry (episode 48), which has been gathering dust on my bookshelf since 1986.) The bulk of the episode is a ‘kitchen table’ chat between John, Andy and their guest(s) about the chosen title (usually a novel), which always includes a critique of the book’s blurb.

Over more than 120 episodes the Backlisted podcast has explored the fictional worlds of literary heavyweights like Charles Dickens, Daniel Defoe, J.R.R. Tolkien, Hilary Mantel and Virginia Woolf. More recent shows have covered the less familiar territory of Beowulf, Doctor Who and the Brain of Morbius (Terrance Dicks) and How to Cook a Wolf, by food writer M.F.K. Fisher (1908–92).

As well as critiquing plots and rhapsodising over prose styles, Backlisted isn’t afraid to discuss broader questions about the practice of reading, the vicissitudes of literary life and why once popular authors fall out of favour. The mood is always positive because there wouldn’t be much point in reviving now neglected novelists like Erskine Childers, Nigel Balchin or James Hilton, just to dismiss them as ‘pale, male and stale’. Snarky, woke put-downs have no place on Backlisted.

I don’t belong to a book group, and I find Zoom meetings an unsatisfactory substitute for being in the same room with people, so I’m glad I discovered Backlisted just before the March 2020 lockdown. I started with some of the books and authors I was familiar with – The Blessing by Nancy Mitford, Memento Mori by Muriel Spark and The Dud Avocado by Elaine Dundy – and I’m still working my way through the list. It was also a good opportunity to unearth some neglected volumes on my shelves before ordering any new ones.

Now that we’re trapped in Lockdown 2.0 and almost every door to cultural and social activity is closed once again, these hour-long sessions of wit, wisdom and literary insight are keeping me sane. Although the Backlisted discussions have moved from the kitchen table to the virtual world, they still make for more cheery and insightful listening than news bulletins and Covid updates.

They can take away all our freedoms but, so far, they haven’t denied us the chance to read the books we want to read. If this lockdown goes on past 2 December I might finally tackle Anthony Powell’s 12-novel A Dance to the Music of Time. 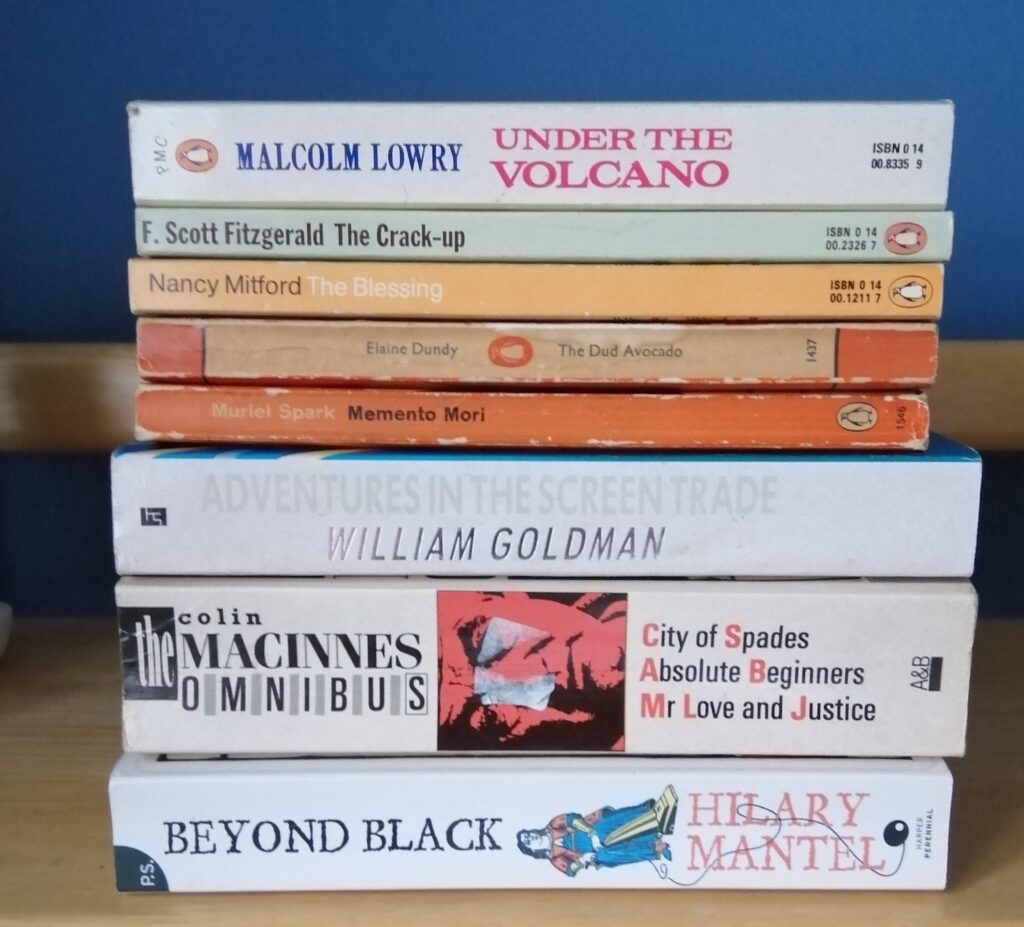 Off the shelf: Under the Volcano by Malcolm Lowry has finally made it onto my must-read list