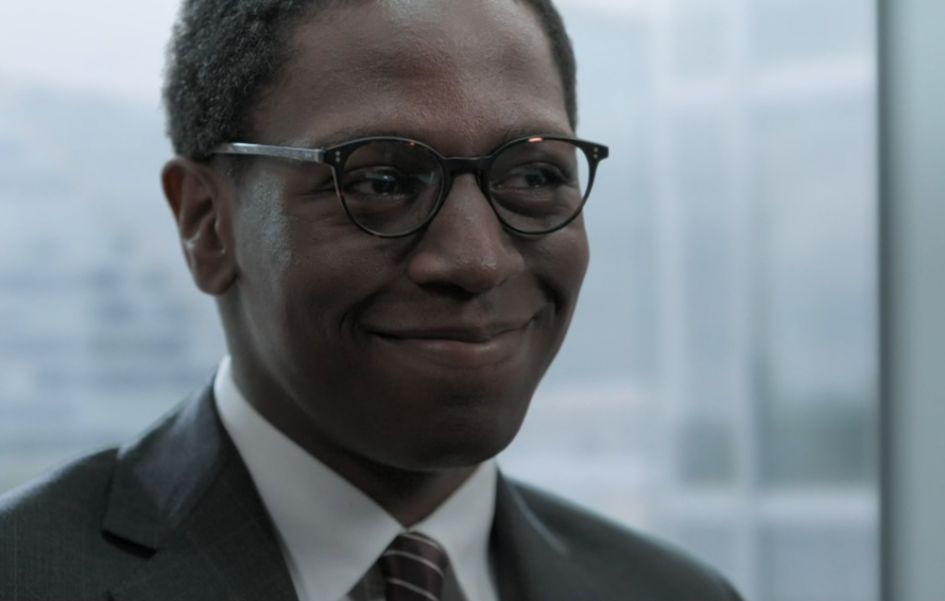 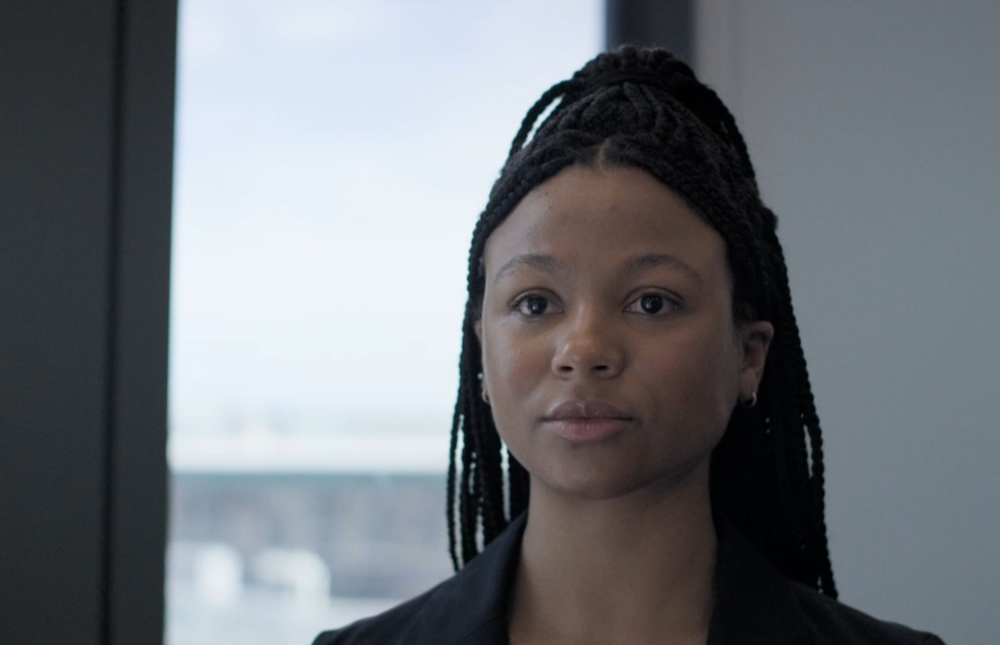 The new BBC/HBO series Industry is set in London in the offices of Pierpoint & Co. — ‘the world’s pre-eminent financial services institution’. Oddly, for a workplace drama, most of the real action in the pilot episode takes place not on the trading floor but in the loos.

‘Induction’ begins with some cringe-making Apprentice-style interviews in which we meet American Harper Stern (Myha’la Herrold), super-smart, idealistic and likeable, but lacking the credibility of an Oxbridge or Ivy League degree. Harper isn’t a graduate, and she is wrestling with her conscience over whether to give her new employer fake transcripts from the ‘non-target’ SUNY Binghamton. This isn’t nearly as serious as the unqualified Mike Ross in Suits practising corporate law and dating Meghan Markle, but it’s not a great way to kick-start your career either.

Among the other graduate trainees in this intake is the demure, eager-to-please Yasmin Kara-Hanani (played by Marisa Abela), whose main role seems to be collecting salads and coffees for her charmless male colleagues in FX sales. Geography graduate, party animal and ‘whole snacc’ Robert Spearing (Harry Lawtey), is mercilessly ribbed about his Ted Baker suit and his desperate attempts to suck up to Clement (Derek Riddell), the senior on his desk.

Better dressed and more poised is Robert’s flatmate, gay Etonian Gus Sackey (David Jonsson), who smugly references both Margaret Thatcher and Jesus in his interview. Like Gus, Hari Dhar (Nabhaan Rizwan) is in the investment banking division. Unlike Gus, Hari is so busy logging ‘nocturnal hours’ that he has to keep chugging Red Bull and Modafinil, in between power naps in the loo.

With the ominously named RIF (Reduction in Force) day looming, they all have six months to prove their worth and land a permanent position at Pierpoint. Who will survive and – perhaps more to the point – will this show make it to a second series?

Writers and creators Mickey Down and Konrad Kay met at university and worked in corporate finance before moving into TV. The workplace banter, rivalries, insecurities and struggle to be noticed make Industry feel very relatable – even if you don’t know your FX (foreign exchange) from your CPS (cross product sales).

I empathised with Harper’s struggles to find a flat in episode 2 (‘Quiet and Nice’) and with Yasmin’s roasting by her crouton-obsessed manager Kenny (Conor MacNeill) for boring him with ‘unoriginal’ trade ideas. My heart sank during a climactic moment of episode 1, when a weary Hari used Times New Roman instead of Helvetica on a single page of his pitchbook. I just didn’t find the denouement of his formatting faux pas very believable. 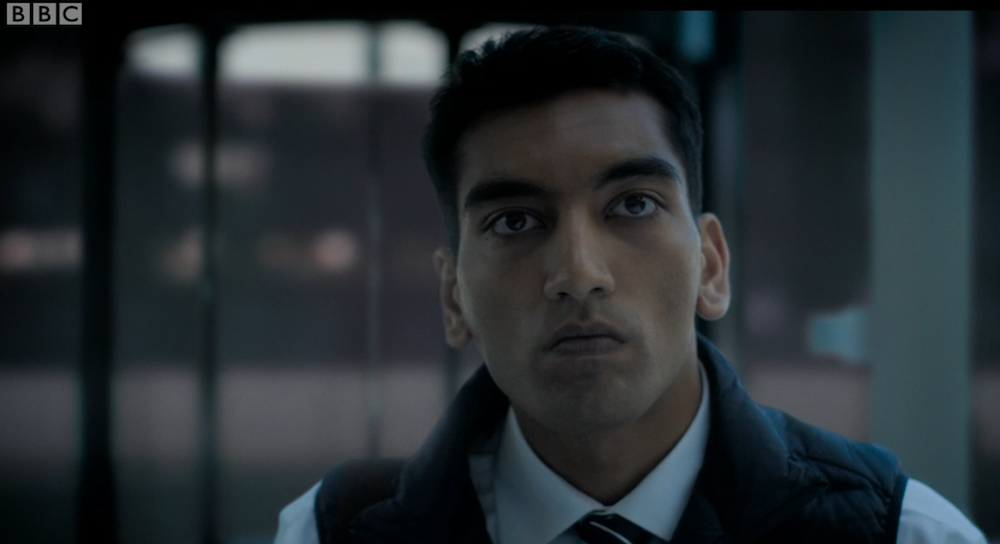 The pilot episode of Industry was directed by Lena Dunham, who as the creator and star of HBO’s Girls spent six seasons giving viewers an up-close and personal look at every naked inch of herself. So it will come as no surprise that Industry features full-frontal nudity, cyber sex, straight sex, gay sex, sex in a toilet cubicle and recreational drug-taking. None of that is very different from the hedonistic lifestyle of Anna, Egg, Miles and the other young lawyers in the mid-90s drama This Life – although they had no internet, smoked more and went to the gym less.

I would put This Life in the category of ‘young professional’ dramas, which also includes the fondly remembered ITV series Capital City (1989–90), and the short-lived Party Animals (political research and lobbying) and Press (newspapers). So far, Industry feels rather lightweight in terms of its plots, scripts and acting. The relationship between Harper and her mentor Eric (the excellent Ken Leung) could have dramatic mileage, but the highlights so far have been Eric’s dry one-liners. Spoiler alert: I was very disappointed that the series jettisoned a potentially interesting lead character and storyline after just one episode. The fallout from that incident was strangely muted.

Perhaps it is too early to pass judgment, but the characters in This Life felt fully formed from the first episode. Andrew Lincoln and Jack Davenport have gone on to have stellar careers, while Party Animals starred a pre-Doctor Who Matt Smith, Andrew Buchan (who has a small role in Industry) and Andrea Riseborough.

I can’t decide whether I’m too old to relate to these young professionals or whether it’s the macho posturing and relentless pursuit of money that turn me off. (I did have to look up the term snacc in the Urban Dictionary.)

Up until the early 70s, dramas set in the City of London always set the scene with shots of the Bank of England and St Paul’s Cathedral, and with bowler-hatted, umbrella-toting (white) men scurrying out of Bank tube station. Industry boasts a diverse cast, a Nathan Micay score, endless shots of glass-fronted skyscrapers and a hungover Robert puking into a copy of the Financial Times outside Bank. I just hope they remember that good storytelling never goes out of fashion. 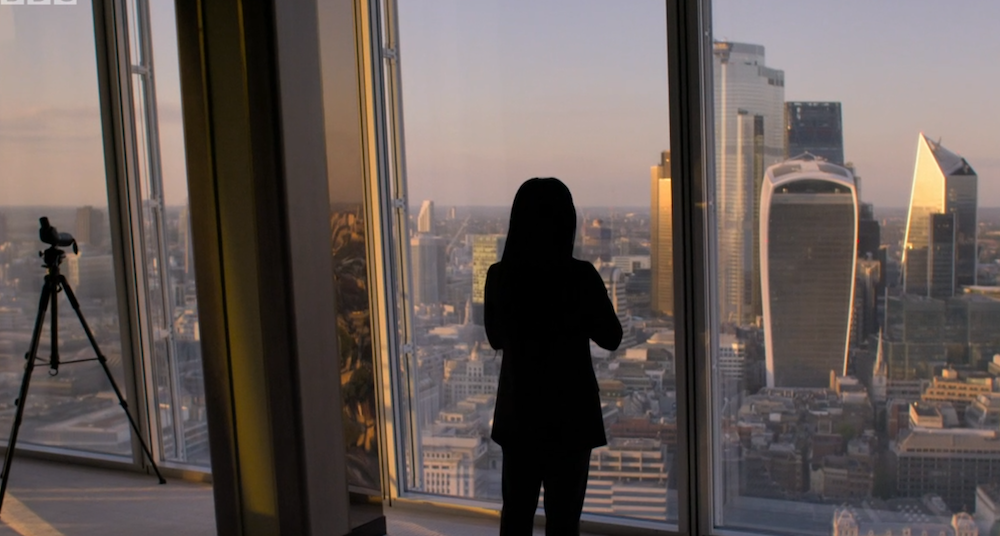 Harper takes in the view from the Shangri-La (BBC/HBO)