The Mash Report could do better 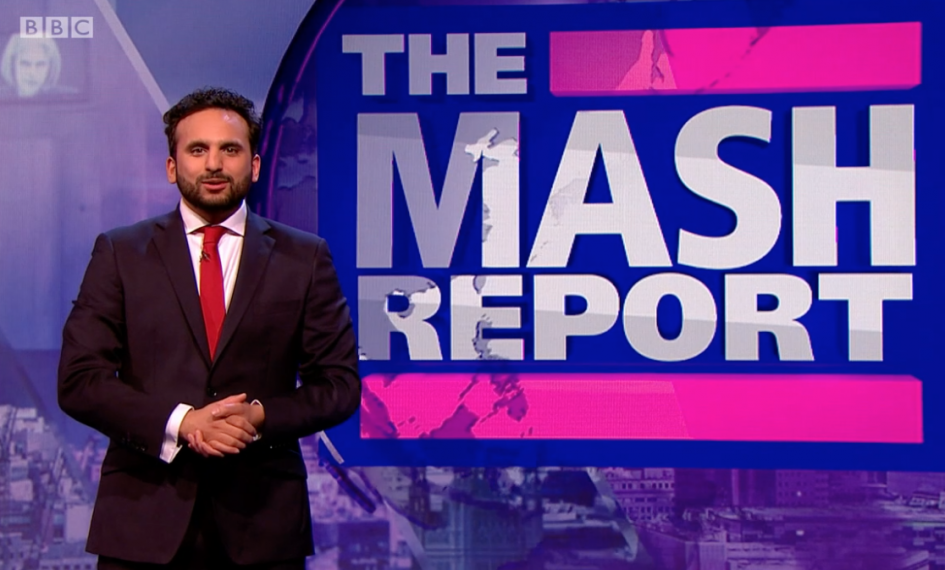 Nish Kumar presenting series one of The Mash Report 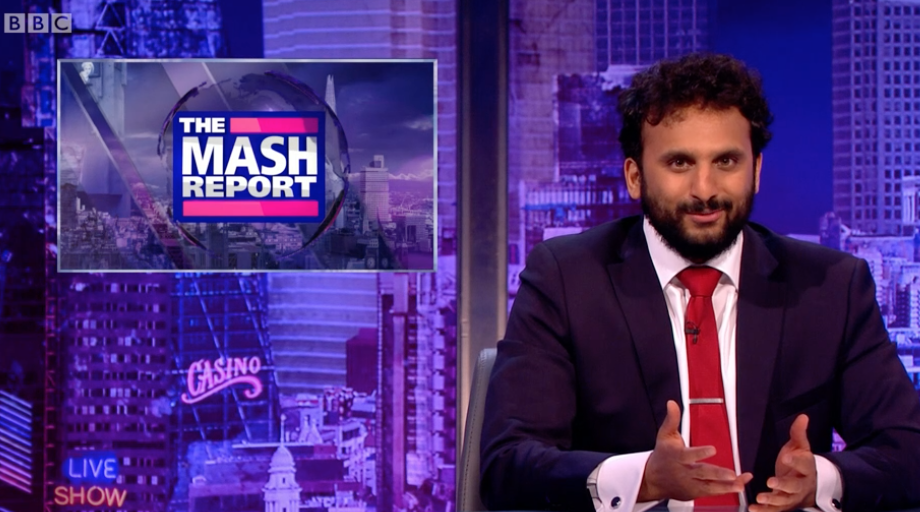 BBC2’s ‘satirical and surreal news show’, The Mash Report, returned for a second series last Friday. Sadly, any evidence of improvement in this would-be comedy is about as hard to detect as progress in the Brexit negotiations. It remains an awkward mash-up of puerile humour and vigorous Tory-bashing, with presenter Nish Kumar labouring under the burden of that (large) chip on his shoulder.

In one of the opening episode’s few funny moments, Nish Kumar ridiculed Prime Minister Theresa May’s ‘absolute nonsense’ claim in Parliament that the Brexit deal with the EU was ‘95% complete’. Referring to the apparently insoluble issue of the Irish border, he pointed out, ‘You can’t claim that you’re almost done, when all that remains is the hardest part!’

Well put. I would rate the likelihood of Nish being bitten by a radioactive arachnid and turning into Spider-Man slightly above Theresa May’s chances of concluding any sort of deal with the EU. Sadly, his monologue squandered a good set-up about our unpreparedness for Brexit and Tory in-fighting by simply raining insults on the ‘usual suspects’ – Boris Johnson, David Davis, Nigel Farage and Jacob Rees-Mogg. Particular contempt was reserved for the architect of this whole mess, David Cameron.

If you’re going to be a satirical show focusing on Brexit, at least find some new ways to talk about the likely impact of ‘no deal’ or discuss how this fiasco is playing out in the rest of Europe.

Stand-up comedian Nish, who voted remain and jokes that his drag name would be ‘Ramona Twat’, has been targeted by racist hecklers since the 2016 Brexit referendum. Understandably, that makes his take on Brexit more bitter and more personal than the average remain voter. It just doesn’t make for good comedy.

The Mash Report, which premiered in the summer of 2017, is a spin-off from satirical website The Daily Mash. A sample headline from today – ‘Top five scarves to make you look like a twat’ – is a fair reflection of the level of sophistication there. 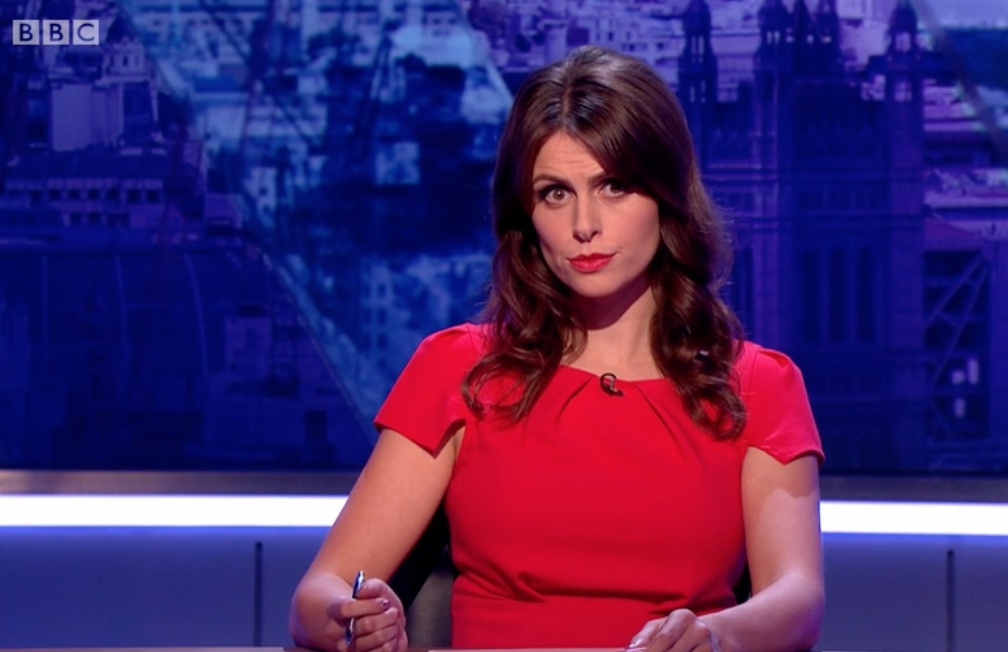 Have I got fake news for you: Ellie Taylor

On TV it’s even more scattershot, with news anchors Steve N Allen and Ellie Taylor competing to see who can keep a straight face. I did laugh at the crack about the BBC finally bringing ‘diversity’ to the Top Gear presenting team by hiring ‘three different types of bell-end’.

It’s fair to say that the The Mash Report is obsessed with twats and bell-ends of the pale-skinned variety. In the first series this saw Rachel Parris giving us the lowdown on the ‘Bertie Woosteresque’ eccentric, Jacob Rees-Mogg. It also allowed Nish to put the boot into ‘privately educated, wealthy white men’ like the then-Foreign Secretary Boris Johnson.

Referencing Boris’s decision to wear a turban (on a visit to a Hindu temple), he claimed that Johnson and James Bond both have ‘complicated relationships with women and ethnic minorities’. 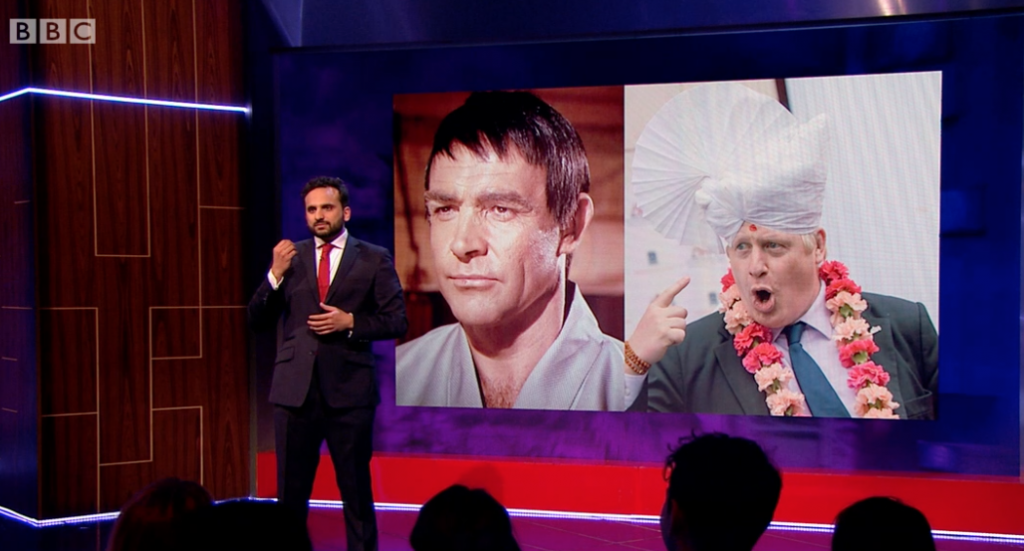 Minority report: a joke about Bond and Boris falls flat

What wasn’t funny (or coherent), was the juxtaposition of Boris in a turban with James Bond (as played by Sean Connery in You Only Live Twice) poorly disguised as a Japanese. Since when have Japanese people been an ‘ethnic minority’ in Japan, where that film is largely set?

Similarly, a piece about people who are unapologetic about their offensive views (i.e. Jacob Rees-Mogg), was accompanied by this rogues’ gallery of ‘all of the bad people in history’. 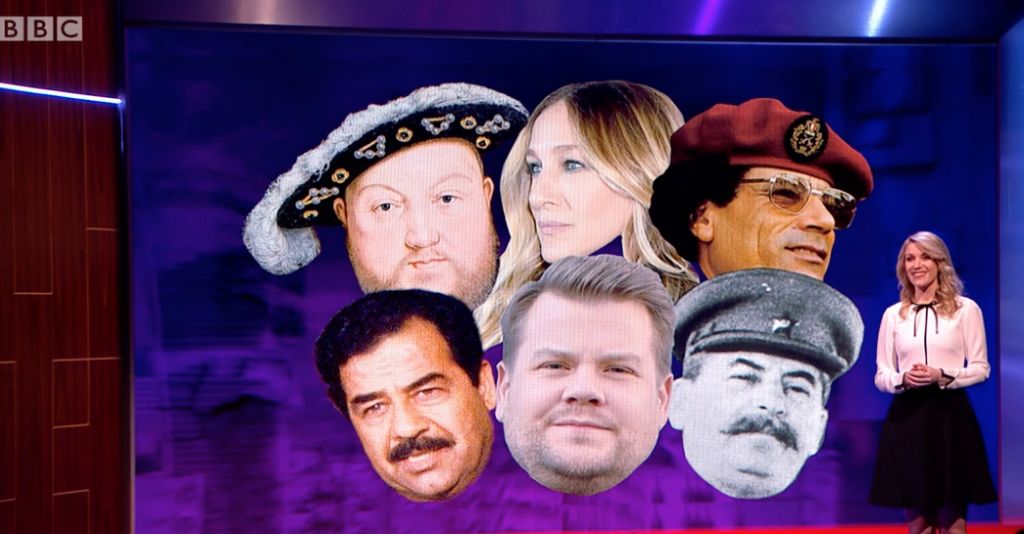 Six of the worst?

Despite the amateurish graphics and awkward interactions with a frantically mugging Nish Kumar, Rachel Parris is still one of the best things about The Mash Report. Her smiling, dizzy blonde persona is an effective counterbalance to the toxicity of that social media wall of fake tweets. Those trolls can call her a ‘snowflake bitch’, but they’ll never make her cry.

A quick trawl through Twitter reveals that The Mash Report has plenty of critics, offended by its attacks on right-wing politicians and Brexiteers. Others think Nish and the gang are doing a brilliant job. Twitter users are not representative of the population at large, though politicians and the mainstream media remain in thrall to the views of the ranting lunatic fringe.

It would be great if The Mash Report ditched the sophomoric humour and evolved into a more in-depth current affairs satire, like HBO’s Last Week Tonight with John Oliver.

It sounds as though Nish Kumar is channelling the spirit of John Oliver in his scathing monologues about Brexit and the rising tide of racism, delivered at break-neck speed. But he’s stuck in buffering mode and nowhere near 95% the finished article.