Brutalism in Bloomsbury: going underground at the St Giles London 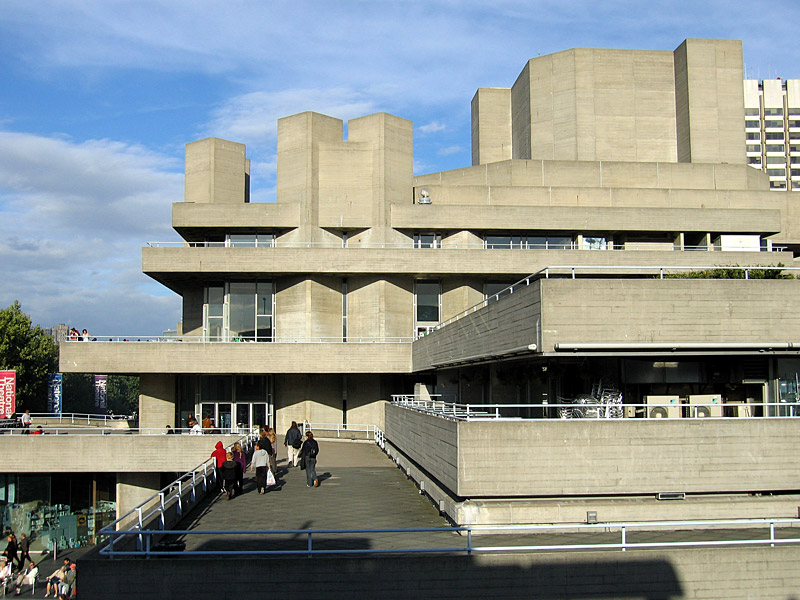 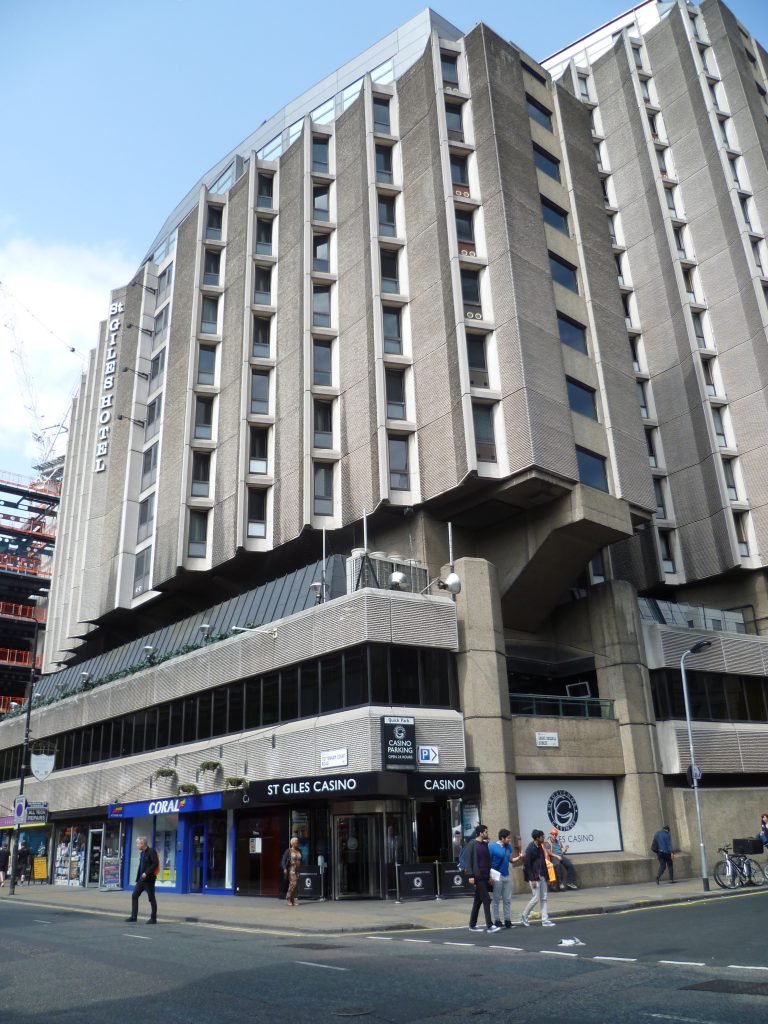 A fellow member of the C20 Society has a Twitter profile pic in which she’s hugging one of the concrete walls of London’s Brutalist masterpiece, the Barbican Centre. I didn’t see author and architectural historian Barnabas Calder (@BrutalConcrete) embracing the St Giles London hotel earlier this week, but his lecture ‘Raw Concrete: The Beauty of Brutalism’ left us in no doubt about his passion for this and other Brutalist buildings of the 1960s and 70s.

Barnabas is one of those rare experts whose enthusiasm for his subject is matched by his capacity to talk without ‘hesitation, repetition or deviation’ for 45 minutes. Well that’s not strictly true: in extolling the virtues of Brutalism’s reinforced concrete, shuttered surfaces and pristine sheets of glass, he referred several times to the inferior quality of the windows in a Tudor building like Speke Hall.

‘Personality’ is all very well in our heritage monuments, but the pioneers of Brutalism wanted to create airy, light-filled rooms and democratic public spaces for the way we live now. In doing so, they harnessed the white heat of technology in the decades before there was widespread concern about burning fossil fuels.

The words ‘ugly’ and ‘concrete’ remain as inextricably linked as ‘fake’ and ‘news’ are in Trump-speak.

Just as Kenneth (Civilisation) Clark was awed by the majesty of Chartres Cathedral, Barnabas Calder now speaks with reverence of the foyer at Denys Lasdun’s National Theatre on the South Bank or the Barbican’s soaring towers. His delivery was a lot less sedate than Clark’s – positively fizzing with energy and tinged with indignation at the disrespect for the architectural ‘Marmite’ that is Brutalism.

Although Barnabas Calder’s 2016 book Raw Concrete: The Beauty of Brutalism has bolstered a reappraisal of this style of architecture, the words ‘ugly’ and ‘concrete’ remain as inextricably linked as ‘fake’ and ‘news’ are in Trump-speak.

This free talk was organised by Chestertons estate agents, as part of its Autumn Art Programme, which covers everything from fiendish fairies (for Halloween) and the Science Gallery’s ‘Hooked’ exhibition, to neophyte architects. Marketing Director Giles Milner explained that the idea for a lecture on Brutalism followed his trip to Lithuania last summer.

The St Giles London (1977, Elsworth Sykes) was the perfect venue for a talk on Brutalism, even though we were three floors down in the bowels of the building. I can’t report what the views are like from any of the 675 rooms, but if you want to find out they are offering a bed, breakfast and abseil package (for charity) later this month.

When I first worked in publishing in the mid-80s, I walked past the St Giles Hotel (then the Central YMCA building) every day, en route to my workplace in Bedford Square. I wasn’t thinking about Brutalism in those days – let alone admiring it. Hurrying past this grubby, unloved corner of the West End, I was trying hard not to breathe in because Tottenham Court Road reeked like a pissoir in those days.

It may not be to everyone’s taste, but the St Giles Hotel is one of the landmarks on Tottenham Court Road, along with Centrepoint and the Heal’s Building. Barnabas Calder used his talk to publicise the work of C20 Society in protecting all types of post-1914 buildings. I hope he has persuaded a few more people to join. 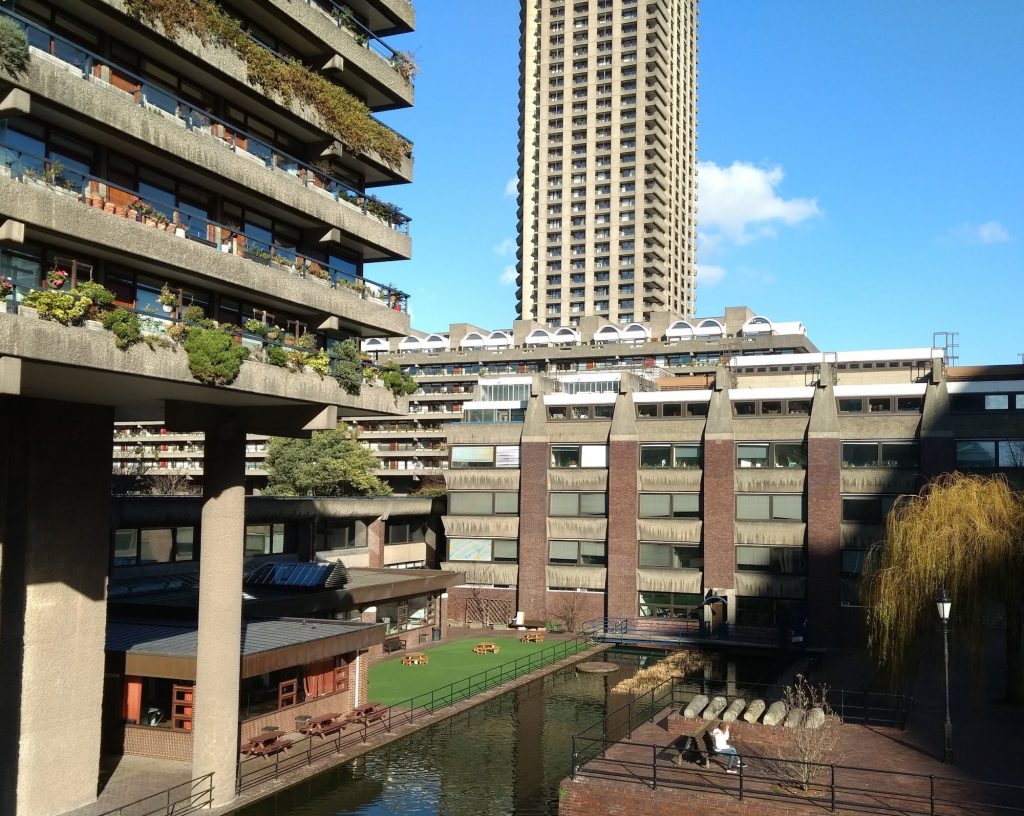 Balconies and blue sky at the Barbican