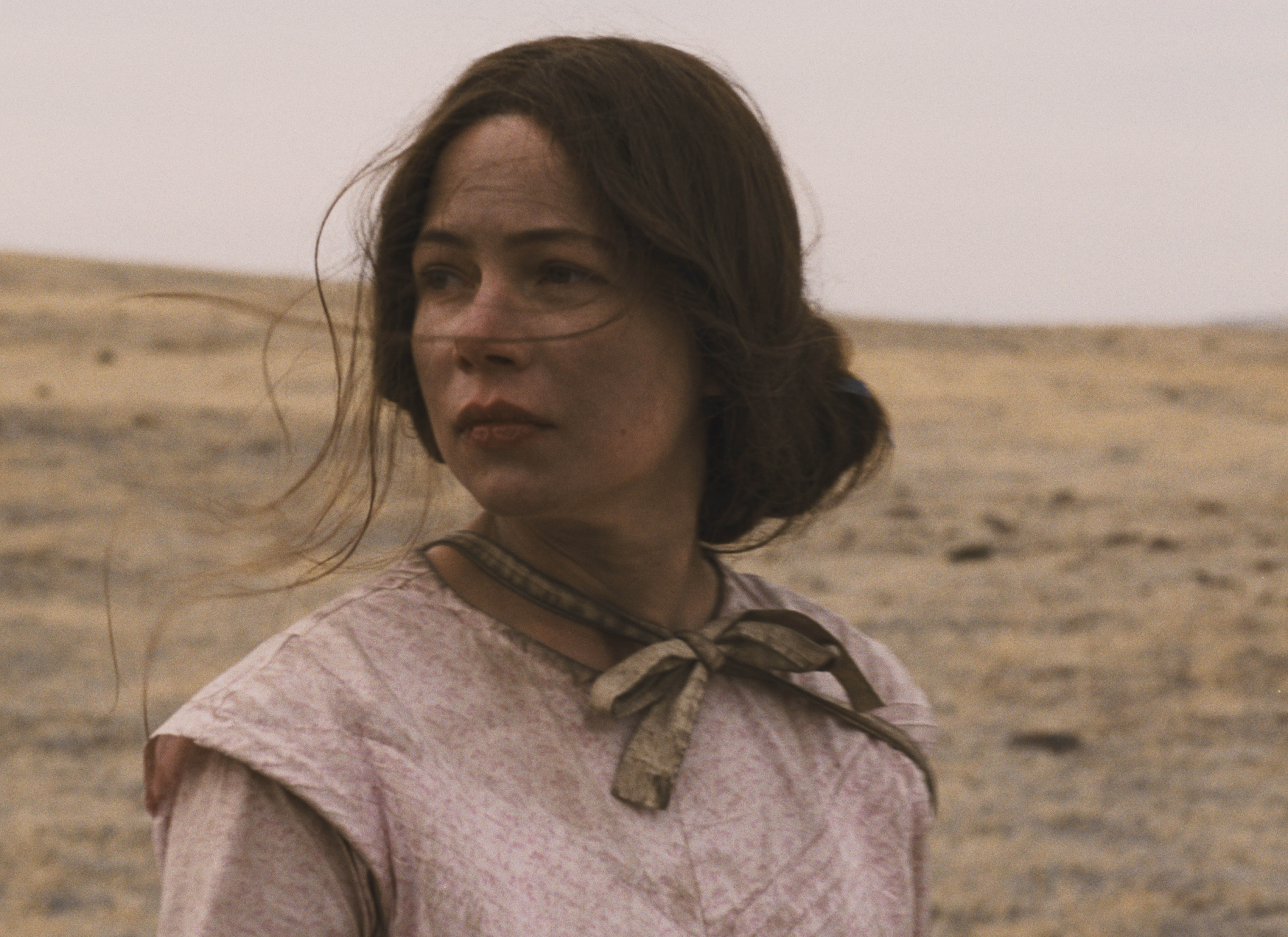 “Is he ignorant or is he just plain evil?” That’s the question facing a group of mid-19th century pioneers, as the eponymous Meek (Bruce Greenwood) seems to be guiding them towards a lingering death rather than the Promised Land. Michelle Williams may be brandishing a rifle on the poster, but Meek’s Cutoff is a long way from being a shoot-‘em-up western.

Williams and Will Patton play Soloman and Emily Tetherow, part of a group of three couples and a child, dragging their meagre possessions along the Oregon Trail in 1845. These God-fearing souls have put their lives in the hands of Meek, who claims to know a cutoff (short-cut) through the Cascade Mountains. Weeks later, they’re lost and his credibility is leaching away as fast as their meagre water supply in this arid landscape.

It’s Emily who gradually becomes the eyes and ears of the audience here — though it takes a while to figure that out. Director Kelly Reichardt prefers long, often wordless scenes, in which the characters seem little more than dots in the landscape. The film begins with the wagon train navigating a river and we watch the domestic routine of washing dishes, watering the livestock, sewing, and reading the Bible. That vision of clear, rushing water takes on a deeper significance as the prospect of ever seeing it again recedes over the next 90 minutes. 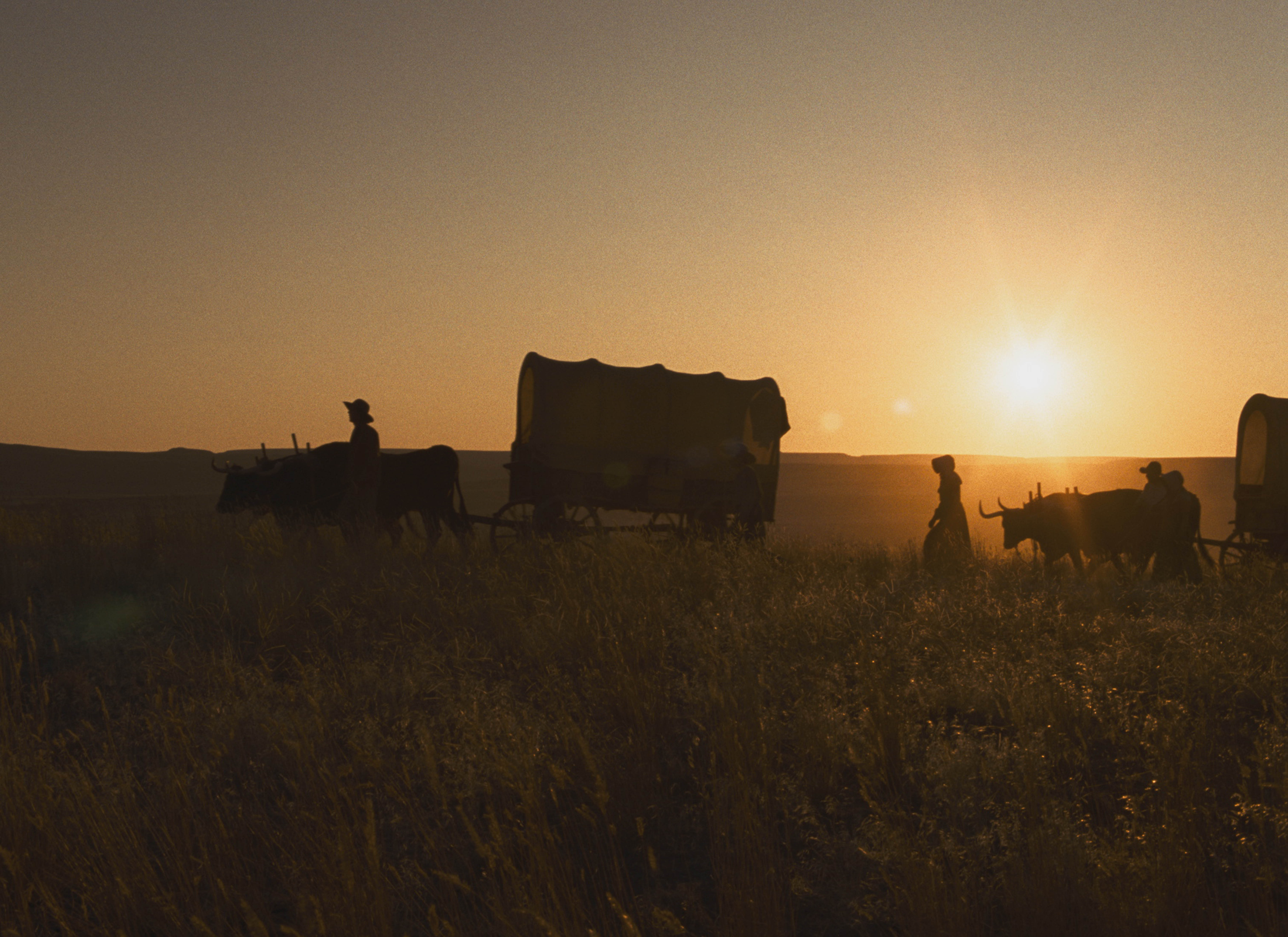 In the first half of the film Emily, Glory (Shirley Henderson) and Millie (Zoe Kazan) are often mere spectators as the menfolk gather to discuss their next move. Reichardt uses medium- and long-shots to make us feel we’re eavesdropping on those conversations. But the capture of The Indian (played by Rod Rondeaux), changes the dynamics of the group and foregrounds Emily as a woman with the ability to think for herself.

The power of Reichardt’s film lies in Emily’s attempts to overcome the deep-rooted mistrust between the pioneers and the man they regard as little more than a savage. She brings him food, repairs the hole in his moccasin and – in the climactic scene – saves his life. Meek’s authority depends on feeding their fears of “otherness”, and convincing them that it’s not water they’ll find but hordes of bloodthirsty natives. It’s a fascinating battle between steely eyed pragmatism and pure hatred.

Reichardt and cinematographer Chris Blauvelt break up the rather featureless Oregon landscape with some stunning shots of the night sky and splashes of colour – Meek’s red shirt and the contrasting shades of the women’s attire. Sparing use of both music and dialogue allows the performances room to breathe.

Some may find the leisurely pacing and enigmatic ending of Meek’s Cutoff a bit frustrating. But Reichardt draws excellent performances from this close-knit group of actors. As in Reichardt’s previous film Wendy and Lucy (2008), Michelle Williams is particularly impressive at conveying both quiet desperation and fierce intelligence. It will be interesting to see how she fares as the ultimate blonde bombshell in the forthcoming My Week with Marilyn.

(Meek’s Cutoff is released on DVD on 8 August by Soda Pictures.)