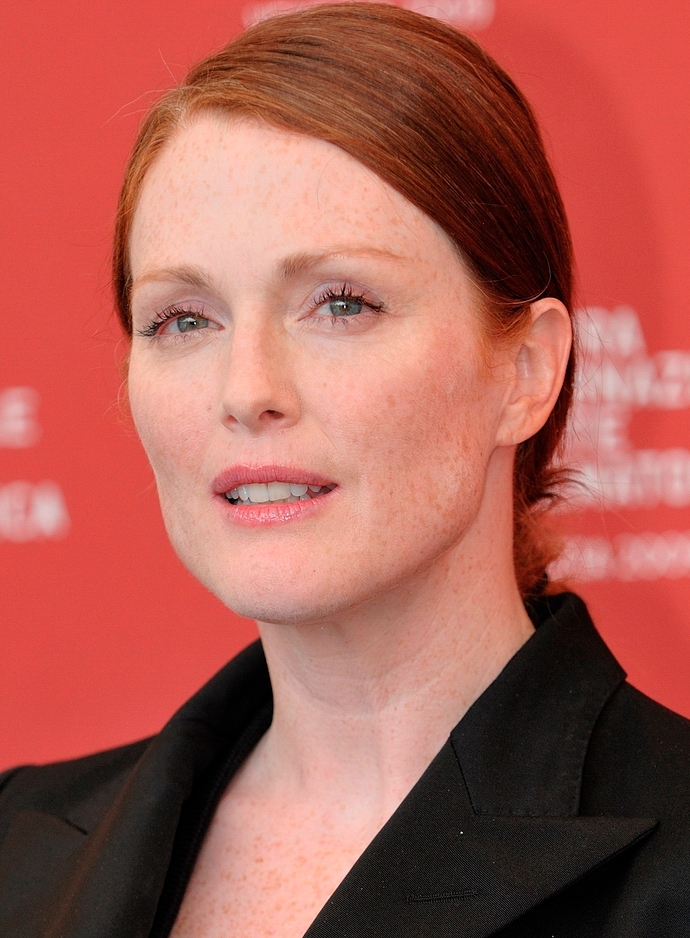 If I had to use just one world to sum up the Oscars 2015 coverage so far it would be “dickpoo”. Announcing the nominations yesterday with actor Chris Pine, AMPAS president Cheryl Boone Isaacs mispronounced the surname of British cinematographer Dick Pope as “Poo”, before hastily correcting herself. Thanks to Cheryl’s blunder, Mr Pope is now guaranteed a footnote in Oscars history, even if he fails to secure an award at the 87th Academy Awards on 22 February.

In her defence, Cheryl had just made a decent stab at not mangling the names of Polish cinematographers Lukasz Zal and Ryszard Lenczewski (Ida), before falling headfirst into the doodoo (metaphorically speaking) with the ludicrously straightforward Pope.

If I’m being picky, I’d also question why Cheryl Boone Isaacs chose to overemphasise the director of Boyhood as Richard LinkLATER, or why she inserted that painfully long pause in the middle of best actor in a supporting role nominee JK . . . Simmons. Perhaps, like me, Cheryl was just super excited at seeing the name of the man who used to play Will Poop (sorry, I meant Will Pope) in The Closer finally getting some recognition from the Academy of Motion Picture Arts & Sciences for his role in Whiplash.

Of course crappy pronunciation wasn’t the only aspect of yesterday’s nominations that incensed moviegoers, journalists and Twitter users. As Peter Bradshaw admitted in The Guardian, this is the time of year when movie critics are even more prone to whingeing, crying and stamping their feet like a bunch of spoilt toddlers at the Academy’s failure to recognise their favourites.

For the British media no amount of excitement at having five nominations in the acting categories – Benedict Cumberbatch and Keira Knightley (The Imitation Game), Eddie Redmayne and Felicity Jones (The Theory of Everything), Rosamund Pike Gone Girl – can make up for the snubs to Mike Leigh and Timothy Spall (Mr Turner) and David Oyelowo (Selma). For the Brits, the glass remains half empty.

I stopped paying much attention to the Oscars more than a decade ago, when Julianne Moore was cruelly robbed of an Oscar for the magnificent Far from Heaven by Nicole Kidman and her ugly prosthetic nose in The Hours. So it was no great surprise to me when Channing Tatum’s cauliflower ears were trumped by co-star Steve Carell’s hook nose in their private battle for best actor in Bennett Miller’s Foxcatcher. (That film has, inexplicably, been overlooked in the best picture category.)

When it comes to awards ceremonies in general and the Oscars in particular I expect to read a lot of flawed “analysis” and inflammatory headlines on top of the fashion and fun stuff. This year the #OscarsSoWhite hashtag has drawn attention to the lack of ethnic diversity in the nominations – particularly marked after last year’s success for 12 Years a Slave.

There’s absolutely nothing new about the Oscars being found wanting as a showcase for ethnic diversity or the talents of female film-makers. Just four women have been nominated for best director in the 87 years of the Oscars, with Kathryn Bigelow the only winner to date.

The statistics make for depressing reading, but what do you expect from the middle-aged, middle-class and predominantly white institution that is the Oscars?

Whatever Cheryl Boone Isaacs and her colleagues might tell themselves, the Academy Awards are not a reliable barometer of artistic merit – let alone a reflection of global achievements in film-making. They remain essentially parochial, an annual popularity contest and marketing junket, showcasing the unerring ability of certain female stars to pick the least flattering outfit for their red-carpet moment.

I realise that plastering the words “Academy Award winner/nominee” on a movie poster guarantees a lot more bums on seats, but it really doesn’t affect my decision to see a film. If the Oscars were cancelled, film-making and watching would continue all over the world, though certain people might be less inclined to churn out yet more “Oscar bait”.

Yes, like flies swarming around dickpoo, the Academy voters are powerless to resist heartwarming sob stories. This year their predilections have been well catered for, with films about the disabled (The Theory of Everything), tortured and misunderstood genius (The Imitation Game) and early onset Alzheimer’s (Still Alice).

Most important, the Oscars remain fiercely loyal in their worship of the multi-talented, multi-accented Meryl Streep. She’s just received her 19th Oscar nomination, for Disney’s Into the Woods. I’m willing to bet it won’t be her last.