Who cares about the Oscars? 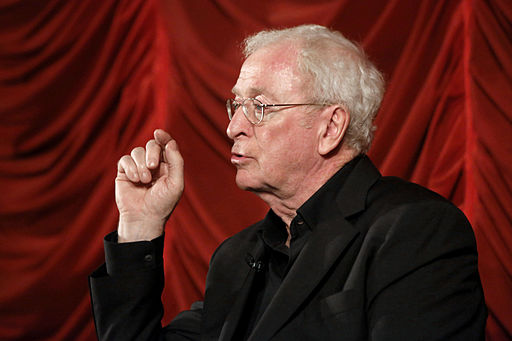 The Oscars are essentially parochial, popularity driven and largely irrelevant to people who aren’t fascinated by frocks, flash-bulbs and side-boobs.

Oh we do love a Hollywood drama – especially one in which Tinseltown’s hallowed institutions take centre stage. I’m talking of, course, about the controversy over the “all-white” nominations for the acting categories in the 2016 Academy Awards. Ever since the announcement on 14 January that the Academy had chosen to “snub” all black and ethnic minority actors for the second consecutive year, the tweeters, headline writers and drama queens have gone into overdrive.

On one side of the fence we have Hollywood royalty like Jada Pinkett Smith and her husband Will Smith, who are joining director Spike Lee in calling for a boycott of the Oscars over the lack of diversity.

Meanwhile, old-timers like Michael Caine and Charlotte Rampling have foolishly weighed in to the controversy by suggesting (among other things) that perhaps the black actors “weren’t good enough” this year and that they should be “patient”.

Of course Caine’s own patience was amply rewarded when he won his second Oscar for best supporting actor in 2000 for the syrupy drama The Cider House Rules. What I remember about that movie is that Caine produced quite possibly the worst “American” accent in the history of cinema. Were the people who voted for him that year all deaf?

Don’t forget about the dissenting voices in this brouhaha. Actress Janet Hubert (a former co-star of Will Smith) has accused the Smiths of being “such pretenders” when it comes to addressing diversity issues. Then there’s clueless Stacey Dash (of Clueless fame) on Fox News, railing against BET (Black Entertainment Television) and suggesting Black History Month should be abolished. She is black.

As I wrote last year, the Oscars are essentially parochial, popularity driven and largely irrelevant to people who aren’t fascinated by frocks, flash-bulbs and side-boobs. So it’s hard to take this now annual exercise in soul-searching and self-flagellation very seriously.

But AMPAS (the Academy of Motion Picture Arts and Sciences) has responded decisively to criticism that its voters are (largely) male, white, clueless and prone to voting for the same people year after year. (I know Meryl Streep is a great actress but 19 Oscar nominations is ridiculous.) They’ve announced measures to “double the number of women and diverse members by 2020”.

Hollywood probably has more rampant egotists per square metre than anywhere else on the planet. I’m sure there are people within the industry who genuinely think that changing the parameters for handing out gongs can have an impact on equality issues across the board. I’m not so sure.

I think introducing quota systems would be a patronising and retrogressive step in trying to head off another #OscarsSoWhite controversy. But given the woeful under-representation of women in categories like directing and cinematography, maybe it is time to look at revamping the Oscar categories.

As the acting awards are split along gender lines, how about awarding Oscars for best female cinematographer and best female director? If nothing else, it might remind voters that Roger Deakins and Robert Richardson (both multiple nominees) are not the only cinematographers on the planet.

I hope that the Smiths and other leading African-American figures in the film industry don’t make even more of a drama out of a hashtag by boycotting the 88th Academy Awards next month. Their absence would make #OscarsSoWhite an even starker reality.