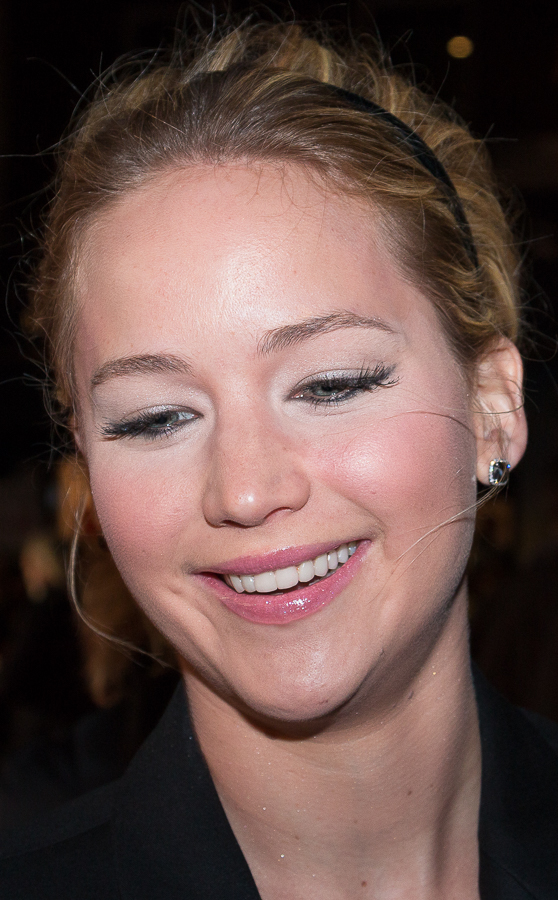 By https://www.flickr.com/people/[email protected]/ [CC BY 2.0 (http://creativecommons.org/licenses/by/2.0)], via Wikimedia Commons

Jennifer Lawrence is so hot at the moment that people would probably pay good money just to watch her mopping a kitchen floor.

On Sunday Jennifer Lawrence completed a hat-trick of Golden Globes, when she picked up the award for best actress in a film comedy or musical for her title role in Joy. Directed by David O Russell (who else?), Joy is loosely based on the life of entrepreneur Joy Mangano, who invented the Miracle Mop in the early 1990s and became the personal saviour of floor-cleaners everywhere. Will Russell’s film be wiping the floor with the opposition throughout this year’s awards season? Given his recent track record, I wouldn’t bet against it.

Joy’s evolution from a creative young girl to single mother and desperate housewife is told partly in flashbacks and with twinkly narration provided by her grandmother Mimi (played by Diane Ladd). Confusingly, though, the story begins with a short black and white sequence from a (fictional) American TV soap, which probably won’t mean much to viewers who don’t recognise these daytime stars of the small screen (Susan Lucci and Laura Wright). Then we meet the (divorced) parents – soap addict and stay-at-home mother Terry (Virginia Madsen) and egocentric dad Rudy (Robert De Niro), an ageing lothario who’s back sharing the basement with Joy’s ex-husband Tony (Edgar Ramirez) after the failure of his latest relationship.

Jennifer Lawrence rocks that “recently puked on” look in a succession of soiled blouses, as her character deals with familial conflict and mounting financial problems. But necessity proves to be the mother of invention when Joy invents a luxuriant cotton “self-wringing” mop that you can squeeze out without getting dirty. Soon she’s demonstrating it to the unimpressed punters outside her local K Mart and wrangling with her dad’s new squeeze Trudy (played by a droll Isabella Rossellini) about an injection of cash to fund her venture. But the path to riches and TV shopping channel fame is strewn with male chauvinism, back-stabbing relatives and disappointments.

Jennifer Lawrence is so hot at the moment that people would probably pay good money just to watch her mopping a kitchen floor. This kind of role as a resourceful, intelligent young woman battling seemingly insurmountable odds is just tailor-made for the star of The Hunger Games franchise. So why does Russell’s film about a self-made woman cutting a swathe through the cut-throat world of business seem less than inspirational?

Lawrence is certainly adept in the comic scenes with her family, of which there are probably too many in the early part of the movie. But Joy takes too long getting to the heart of this story – the scenes in which Joy finally gets an audience with QVC network executive Neil Walker (Bradley Cooper) and learns the art of selling yourself and your product on TV. It really is an art form. Like a conductor presiding over a symphony of the mundane, he coaxes presenters, cameras and audience into a performance that will wring the dollars out of those credulous home shoppers, waiting by their phones.

Cooper doesn’t have a lot of screen time here, but he shows Neil being energised and almost evangelical about his job (he talks about the Golden Age of Hollywood) without being as wildly over the top as he was in American Hustle. But there’s no romantic subplot here, which is odd considering that the tone of the film favours folksy and fairy-tale over realism. So when the business element gets too serious – contract disputes, patent fraud – Russell sprinkles snow over Joy’s showdown with her nemesis or pitches her into some Charlie’s Angels-style snooping in a factory.

Perhaps the problem lies once again with David O Russell’s Scorsese-lite approach to film-making. He’s assembled a great cast (including Robert De Niro), stitched together a soundtrack of vintage hits (Cream, the Stones, the Bee Gees), added some voice-over and once again attempted to get under the skin of white working-class America. But I got the feeling that he was more interested in making another Jennifer Lawrence vehicle than in telling us Joy Mangano’s extraordinary story.