I’m hooked on Pinterest, the photo-sharing website for people who don’t take pictures. Pinterest is for magpies who enjoy browsing the internet and assembling virtual “boards” themed around anything from adorable pets to coronary-inducing pâtisseries.

While Twitter’s mission appears to be about giving spiteful egomaniacs a platform for their illiterate rants, Pinterest is warm, fuzzy and just a little bit old-fashioned. If you’re planning a wedding or giving yourself a fashion makeover, Pinterest is just like having your very own Cher from Clueless, to steer you away from a major faux pas.

The Pinterest mission statement is “to connect everyone in the world through the ‘things’ they find interesting”, a goal that is wildly ambitious and probably a bit daft, too. Some people’s “interests” definitely shouldn’t find their way onto a virtual pinboard any time soon. (No doubt there are other corners of the internet where they’ll feel right at home.)

You can get the measure of Pinterest by reading the laudable Pin Etiquette guide for users. Respect and good taste are valued here rather than the “snark” that seems to be the norm everywhere else.

I was particularly cheered by Pinterest’s assertion that “being authentic to who you are is more important than getting lots of followers”. Right now I have only two followers on Pinterest and not that many on Twitter either.

I should probably be feeling like a social networking pariah, but I don’t. Now that I’ve figured out that Pinterest is really a playground for bored sub-editors, I’m convinced that I can become a pinboard wizard — with a little practice.

As a teenager I had cork board on my bedroom wall, festooned with pictures of my favourite actors, singers and sports stars. They stayed up there until they were torn and covered with drawing pin holes and the sun had bleached everyone’s hair the same colour as Bjorn Borg’s.

Something was missing from my gallery of 70s icons — captions. Where Pinterest scores over blogging, is that you can assemble a picture gallery in just a few minutes by “pinning” images from other websites. (You can pin your own photos, too.) Then you can employ your journalistic skills to good effect with titles, standfirsts and captions. 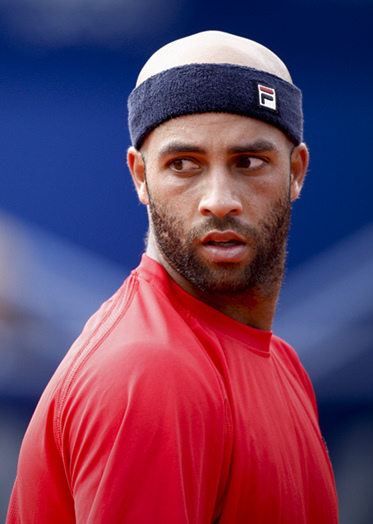 Perhaps I’m just being lazy, but assembling a pinboard of “Tennis’s Greatest Headbands” turned out to be a lot less time-consuming than writing a blog post and uploading images. If I can overcome my growing aversion to Sue Barker, I may cover Wimbledon this year on Pinterest rather than WordPress.

I recently joined another new(ish) site for journalists called cuttings.me, which is a good way of assembling an online portfolio of your best work. (Not that good, actually, because as I tried to put the link into this post I found the site was unavailable.)

But I think, in time, Pinterest will be the perfect complement to my blog. I’m unlikely to spend much time lingering over other people’s wedding cakes or recipe collections, but I’ll enjoy curating and editing my “boards” for maximum visual and literary impact.

I’m sure I’ll live longer and feel more creatively fulfilled if I stick to virtual “pins” instead of eviscerating people on Twitter. This has been my 200th post on WordPress, so thank-you for reading . . .