Twilight of the Teenage Tennis Queens 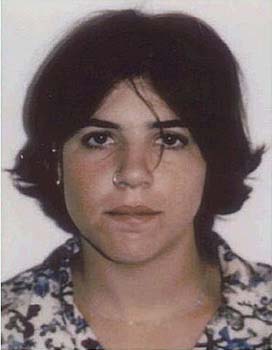 I saw Russian temptress Anna Kournikova play at Wimbledon once, and I’m pretty sure I was the only one focusing on the ball that day.

Later today, 14-year-old golfer Andy Zhang will tee off in the 112th US Open at San Francisco’s Olympic Club. As that well-known golfing organ The Mirror puts it, the Florida-based whizz-kid is “tipped to become the biggest thing since Tiger Woods”. Let’s hope he manages to stay out of bunkers — and car parks.

He may only be a 5000/1 shot for success this week, but rookie Zhang is a reminder of what tennis fans have been missing recently: new faces. What has happened to the sport that, as Martin Amis once observed, used to be all about “the latest double-fisted infant to be groomed for stardom”?

Once we had teenage queens — Tracy Austin, Steffi Graf, Monica Seles, Martina Hingis — generating headlines, courting controversy and grinding their geriatric opponents into the dust. But in the run-up to Wimbledon 2012, the only “drama queen” we’re hearing about is the limping Andy Murray, who’s attracted the ire of German pretty boy Tommy Haas.

When Amis wrote about women’s tennis for Vogue in 1988, fans barely had time to draw breath as one pubescent sensation succeeded another. Back then Graf was only 19, her future hubby Andre Agassi still had enough hair for both of them, and the long march to tennis immortality had begun. Monica “the Shrieker” Seles was a precocious 14-year-old, the tempestuous Jennifer Capriati was just over the horizon, while the metronomic Tracy Austin was embarking on her first comeback at the ripe old age of 26.

Not all these ladies were best known for their racket skills. Was it really her topspin backhand that made Argentina’s toothsome Gabriela Sabatini such a big hit on court in the 90s? I saw Russian temptress Anna Kournikova play at Wimbledon once, and I’m pretty sure I was the only one focusing on the ball that day.

While Steffi, Chris Evert and Martina Navratilova racked up titles, dollars and endorsements, you could always rely on some orthodontically challenged neophyte shaking things up a bit. In 1983 Martina was sensationally knocked out in the fourth round of the French Open by 17-year-old Kathy Horvath. That was the only match she lost that year. Horvath’s not exactly a household name these days, but Maria Sharapova is. The Russian provided what was perhaps the last truly jaw-dropping moment in women’s tennis, when she crushed Serena Williams in the 2004 Wimbledon final.

Are there any rising stars out there who are likely to emulate “Sharaposer” or Boris “Boom Boom” Becker at this year’s Wimbledon? I doubt it. Apart from Laura Robson, Aussie beanpole Bernard Tomic and the American Sloane Stephens, I’m struggling to think of many notable players who have yet to hit the giddy heights of 20.

Andrew Castle says there are 27 players in the men’s top 100 who are aged 30 or over. (The return of pensioner Barry Davies means the average age of the BBC commentary team has risen sharply, too.) When 2010 champion Francesca Schiavone played Japan’s Kimiko Date-Krumm in the first round of this year’s French Open, they had a combined age of 72. Twenty years ago the top five women probably would have added up to less than that — I’m talking about age not bra size.

The decline of the teenage wonderkids is often attributed to the game being more “physical”, especially since wooden rackets were consigned to the Wimbledon Museum. Of course that didn’t stop a musclebound Rafael Nadal from almost busting out of his pirate pants, when he won the 2005 French Open just days after turning 19.

In the mid-90s women’s tennis introduced age eligibility rules, partly in response to teen prodigy Jennifer Capriati’s sad and spectacular fall from grace. That kind of “court” appearance just isn’t good for the image of the game.

But perhaps the lack of young faces is down to the fact that it’s just too much like hard work for a generation hooked on the instant stardom of the internet. If Anna Kournikova was coming up now, I’d tell her to bypass the gymn, the practice courts and all that sweaty activity that ruins your makeup and gives you muscles in all the wrong places. If you’ve got a pretty face, an average backhand and a yearning for publicity, aim for a career in reality TV.