Channel Hopping at the French Open 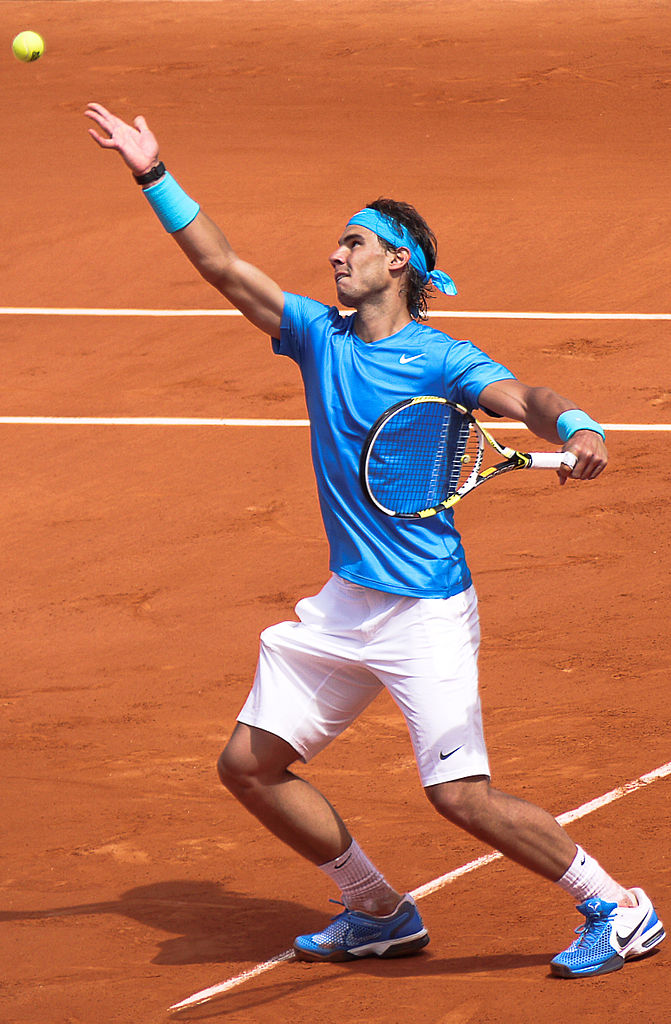 “Why doesn’t every Grand Slam start on a Sunday?” As ever, super-smooth tennis presenter John Inverdale was the man posing the provocative and insightful questions on the first day of the French Open 2012. But something was different. The year’s second Grand Slam tournament has upped sticks and relocated to ITV, where it now comes stuffed with inconvenient ad breaks, plugs for sponsors Bet365.com and the usual quota of Inverdale quips. The good news is that they appear to have dropped Andrew Castle and John Lloyd — perhaps in the Channel.

Last year I wrote that I was fed up with tennis — in particular I was bored with the BBC’s coverage of Wimbledon. I was sick of hearing Sue Barker lead the same smug bunch of talking heads through the perennial debate on Andy Murray’s Grand Slam prospects. Change the record.

So, if nothing else, ITV should be congratulated for having the balls to put tennis on three of its channels yesterday. (With a little more planning, they could have rustled up a few C-list celebrities and gone for a “Grand Slam” on ITV2.)

The French Open 2012 kicked off on ITV4 at 9.30am with a lacklustre title sequence enveloped in a cloud of Roland Garros red dust. In mid-afternoon the action switched to ITV1, where it seemed about as incongruous as a season of black and white Ingmar Bergman films. Later, ITV3’s band of detective show addicts would have been bemused to find yet more tennis scheduled between reruns of Rosemary & Thyme and Midsomer Murders.

These days sports coverage is less about camera positions than lining up a mouth-watering array of pundits. ITV doesn’t have motormouth John McEnroe, but in Jim Courier it has secured the services of a Yank who actually won the French Open twice in the 90s. On the evidence of yesterday, I’d say Courier is less abrasive and egotistical than some of his illustrious predecessors, which is no bad thing.

Frenchman Fabrice Santoro never won a Grand Slam during his 20-year career, but he does have great hair. Perhaps he was a bit nervous, but Fabrice does have a tendency to say the same thing using three different verbs. Perhaps he was just demonstrating the breadth of his English vocabulary: bravo!

The real coup for ITV was securing the presence of Amélie Mauresmo for the daily round-up at 7.30pm, by which time even the indefatigable Inverdale was looking a little weary. As a genuine shot-maker in the age of crash-bang-wallop tennis, Mauresmo had few peers. Her conversational style turns out to be as smooth as her one-handed backhand.

It wasn’t all blue skies at the French Open. In Celina Hinchcliffe, ITV has the most irritating tennis interviewer since Garry “foot in his mouth” Richardson. I thought Andy Murray was going to punch her when she alluded to Boris Becker’s recent (unsolicited) advice about how the Scot should have skipped Paris this year.

With none of the main title contenders in action, this really was Superfluous Sunday. But if all goes according to plan, Novak Djokovic and Rafael Nadal will meet in the final of the French Open in two weeks’ time and that will be one for the record books. Djokovic is aiming to emulate Rod Laver and Don Budge by holding all four Majors at the same time; Nadal hopes to edge past Bjorn Borg with a record seventh title at the French Open.

I just hope ITV picks a commentator who can do justice to what should be one of the biggest matches of the year. We don’t need to hear from Nick Mullins, another BBC rugby commentator who shouldn’t be allowed anywhere near Court Philippe Chatrier unless it is to water those ubiquitous red geraniums. Listening to Mullins spouting statistics and comparing a tie-break to a penalty shoot-out almost made me nostalgic for the days of Andrew Castle or even Andrew Cotter. On second thoughts, I’d prefer un peu de silence.