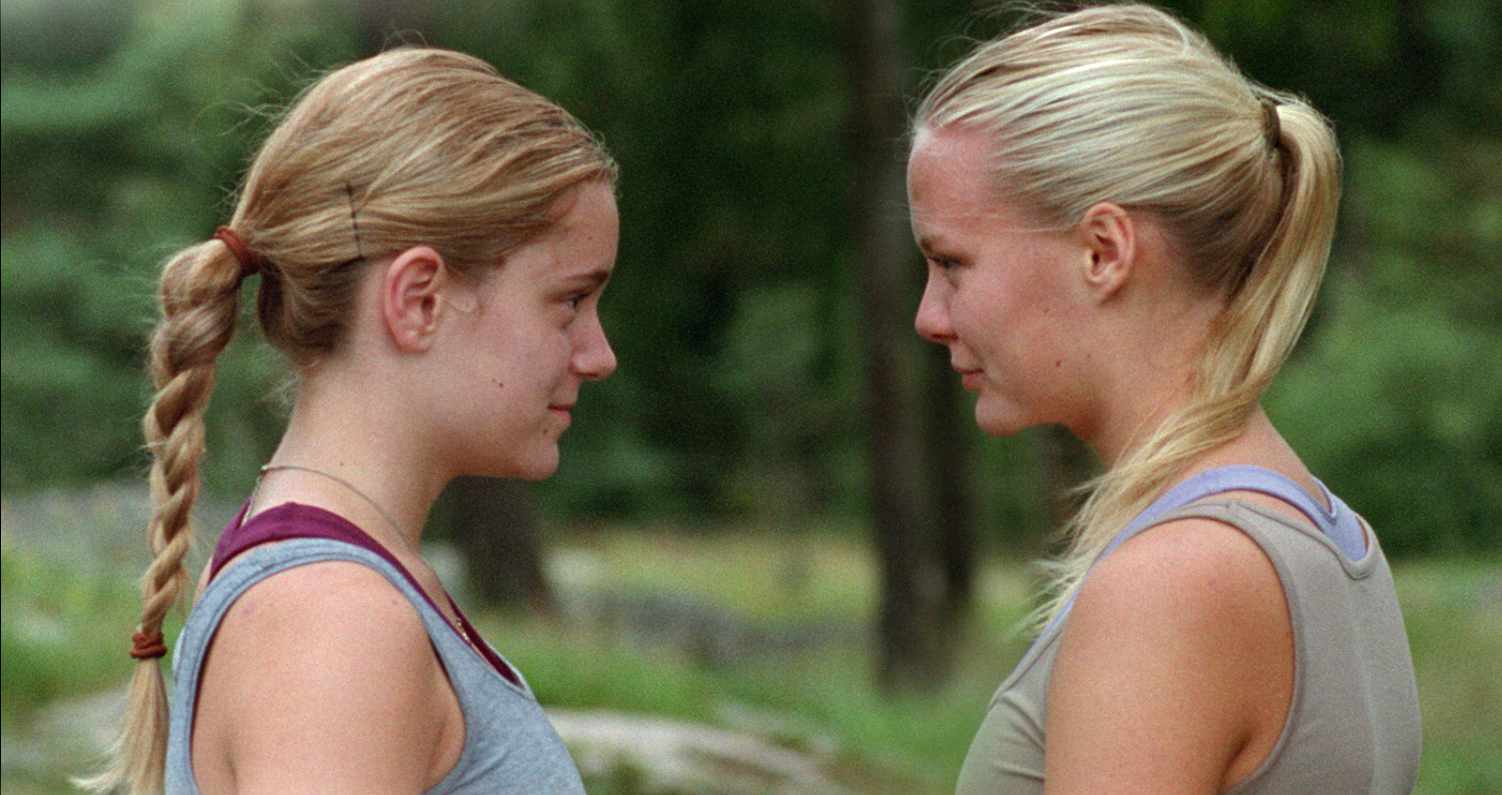 No previous knowledge of equestrian gymnastics is required to enjoy Lisa Aschan’s impressive feature debut, She-Monkeys. Sport is the backdrop for the simmering rivalry and powerful attraction between Swedish teenagers Emma (Mathilda Paradeiser) and Cassandra (Linda Molin). But this ambiguous relationship would probably have played out to equally damaging effect in a less macho arena like ballet or acting.

The solemn Emma lives with her single dad Ivan (Sergej Merkusjev) and seven-year-old sister Sara (Isabella Lindquist). After a successful try-out for the equestrian vaulting team, Emma becomes best friends with Cassandra, a haughty blonde beauty who initially seems like the alpha female of the bunch. But Cassandra’s role as athletic coach and mentor (“I can teach anyone anything”) is merely a prelude to intimacy, jealousy and revenge.

When I first saw She-Monkeys at last year’s BFI London Film Festival I was impressed with the pace, structure and mood of this story, which escalates from adolescent drama to psychological thriller. Admittedly, co-writers Aschan and Josefine Adolfsson don’t give too much away here in terms of back story. We never find out anything about Cassandra’s home life or what happened to Emma’s absent mother. (Did she die or just run off to pursue a career in equestrian vaulting?)

Aschan, who was assistant director on The Killing (Forbrydelsen), has mentioned westerns as an inspiration for this film. I found the shots of tumbleweed a bit incongruous, but the girls do seem to be on a collision course from the moment Cassandra pushes Emma off a high diving board, leaving her with a bloody nose. Despite a giggly declaration of love and an attempted seduction, the emphasis here seems to be not on sexual experimentation but on gaining control.

That theme is present from the opening scenes, in which Emma uses a “clicker” to train the family dog. The precocious Sara also wields it as she attempts to lure her older cousin Sebastian to her bedroom, after posing in her new leopard-print bikini. Ivan’s struggles to deal with Sara’s burgeoning sexuality form the humorous but highly provocative subplot of this film. This isn’t a story about child abuse, but the bedroom scenes involving Sara, her dad and (later) Sebastian are hard to watch.

Lindquist is extraordinary as the cherubic temptress who voices her need for “scratching” (on the arm and belly) without fear or self-consciousness. It’s made very clear that the child is manipulating the adults here, but how do they protect her (and themselves) without destroying her innocence? That dilemma is posed even more starkly at the swimming pool, where Sara’s topless bathing attire is deemed inappropriate for adult eyes.

She-Monkeys has been compared with Single White Female and the more recent Black Swan, though the thriller element is much more understated here and no one gets on the wrong end of a stiletto. For me it’s more reminiscent of Céline Sciamma’s Water Lilies in the way it depicts the shifting power balance between Emma and Cassandra. The script doesn’t give Molin much to work with, but she does enough to suggest that Cassandra’s eventual capitulation is grounded in genuine vulnerability and affection for Emma. As the taciturn Emma, Mathilda Paradeiser keeps her feelings tightly reined most of the time. But you see the adolescent turmoil in her impatience with Sara and the scene where she impulsively hugs her dad.

Despite its Scandinavian setting and western trappings, She-Monkeys reflects themes that will be familiar to all mixed-up teenagers — gay, straight, sporty or academic. Responding to Cassandra’s question about what she really wants, Emma’s enigmatic reply is: “I want to be like I was before.”