From Abbey Habit to Magnificent Obsession 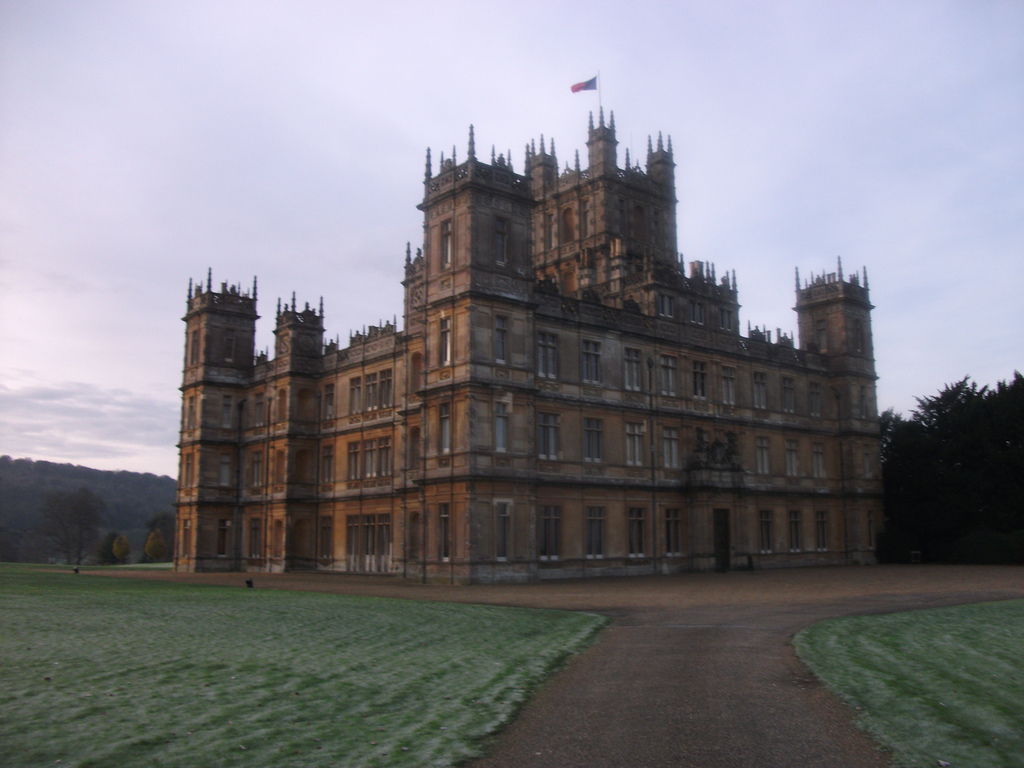 “It’s been dross from the start, I never understood the appeal.” (Guardian reader, @thedozerator, 4 November 2011)

As you probably know, Season Two of Downton Abbey comes to an end tonight on ITV1. Short bursts of badly scripted and indifferently acted “high quality” drama will be sandwiched between the latest instalments of those much-maligned Aviva ads. Even before it’s all over, Downton fans and detractors will be tweeting with an energy and ingenuity sadly lacking in Julian Fellowes’ scripts.

“Obviously we got something right” declared Downton creator Fellowes smugly earlier this week. He was trying to dampen feverish speculation over the “Who dies of Spanish flu?” plot, during an interview with One Show presenters Alex Jones and Matt Baker. Let’s be honest, Julian stood a much better chance of being abducted by aliens than being outwitted by those two knuckleheads. (I’ll be surprised if he doesn’t nick that “Fallon flies off in a UFO” storyline from The Colbys as a way to jettison unwanted cast.)

Downton Abbey has many problems but not being talked about isn’t one of them. Acclaimed dramas like Mad Men and The Wire have spawned acres of admiring editorials and flogged a fair few box sets along the way, but they didn’t get viewing figures of 9 million per episode. As the first instalment of Downton was airing in the UK on 18 September, those discerning voters in LA were awarding it four Emmys — including one for Best Writing. Since then it has rarely been out of the news, culminating in the fake panic last week over an ITV press release that might have inadvertently revealed who dies in tonight’s finale. A brilliant piece of marketing.

We’ve had plenty of time to consider what happened to Fellowes’ script-writing abilities between the award-winning Season One and the utterly rubbish Season Two. So were we in a collective state of denial over the mediocrity of the first series? Well, we Brits do love stories about the screwed-up lives of the idle rich and their servants.

Fellowes rightly assumed that a mash-up of Upstairs Downstairs and Brideshead Revisited would strike a chord with viewers who’d grown bored of the faux dramas of reality TV. Unfortunately Season Two of Downton Abbey has been a bit like watching the Reduced Shakespeare Company’s take on the events of 1914-18. Flitting between various unresolved romantic storylines and the horror of the trenches, ﻿﻿Downton has also thrown in gobbets of history — the Easter Rising, the murder of the Romanovs — like a panic-stricken history student.

Whatever happens tonight, what I’m really going to miss isn’t the clunking dialogue, hammy performances or heavily signposted plot developments. No, the real magic of Downton lies in the way its shortcomings have been endlessly debated, and dissected by bloggers, tweeters and commenters. Here are some of my favourite hot topics:

I believe it was a Giles Coren tweet that first drew our attention to the uncanny similarities between Victoria Wood’s spoof soap and ITV1’s big-budget costume drama. Since then every TV writer from here to Manchesterford has gleefully taken up this theory. I know it’s not flattering to the brilliant Wood to be bracketed with a hack like Fellowes, but the overly expositional dialogue and wooden performances do seem awfully familiar.

The lame valet and would-be Lothario Mr Bates (played by Brendan Coyle) is one of those characters who seems to polarise opinion. Personally, I wish he’d swallowed some of that Arsenic he foolishly bought for his termagant wife, Vera. Fellow Bates-haters may be interested to hear this tedious instrumental by The Police from the Brimstone & Treacle soundtrack.

Maggie Smith gets the best one-liners, but no actress in Downton Abbey has been more closely scrutinised than Michelle Dockery, who plays the lovelorn Lady Mary. This may have been the year of the Middleton sisters, but Dockery’s beauty seems to have bewitched both journalists and viewers. One look at that “porcelain” skin sends Guardian blogger Viv Groskop into a trance every week. But it looks as though some readers are growing tired of her contention that “Dockery has more or less single-handedly saved this series from disaster”. One sceptical commenter retorted that Dockery is a “very average actress, slightly cross-eyed with a hammy monotone delivery”.

In an early episode Lady Mary was seen kneeling by her bed offering up a prayer for the recently departed (for the Western Front) Matthew. Any decent writer (ie not Julian Fellowes) wouldn’t have required Michelle Dockery to utter a word of dialogue here. I felt sorry for her, I really did. She rises above the banality of the material and the mediocrity of some of her colleagues: that is worthy of an award.