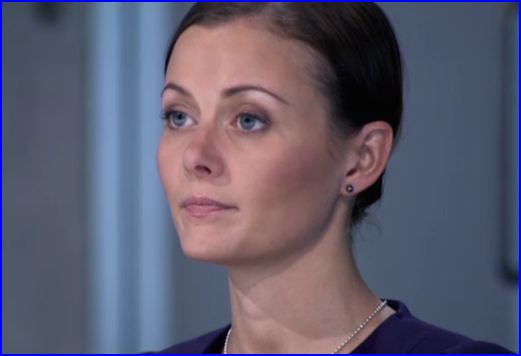 This week on The Apprentice: blarney in the market, a coup in the kitchen and bluster in the boardroom.

Pay attention, because Week Ten of The Apprentice was a bit difficult to understand. According to Lord Sugar it was all about “turning your money over”, “increasing your assets” and (crucially) “smelling what’s selling”. Simple, right? So why did Natasha Scribbins make such a complete “Horlicks” of this week’s task?

If you’re none the wiser after reading that opening paragraph, I don’t blame you. After the usual gratuitous shots of Jim slipping his pants on, the six remaining candidates were summoned to a wholesale warehouse in Enfield. Their mission was to take £250 of wholesale goods and turn them into a healthy profit, which they’d reinvest in yet more “old tut”. (Wasn’t he an Egyptian pharaoh?) The good news was that Lord Sugar’s pallet of merchandise didn’t include any teapot lights, pop-up postcards or hybrid digestive biscuits.

The big question on everyone’s lips was whether the unstoppable Helen Milligan could make it ten wins out of ten. But the omens were bad as Lord Sugar packed her off to Team Logic, to join the dysfunctional duo of Melody and Tom. Would you want your unbeaten record resting in the hands of motormouth Melody and Professor Branestawm? I thought not.

Over at Team Venture, Susan’s bid to be PM didn’t get far, because Natasha was clearly much better qualified. “Yeah?” But, as it turned out, neither Natasha nor Melody (PM of Logic) grasped the point of this week’s task. It was about building up a business — not just shifting vast quantities of umbrellas, chocolate colour duvet covers, naff watches and nodding dogs.

Tom, whose uncanny resemblance to a nodding dog has irritated Lord Sugar, showed that he could sell them, too. His patter with the kids was creepy but effective. No one, though, could hold a candle or a Blarney Stone to the efforts of Jim. He was, in the words of the overly effusive Nick Hewer “a tour de force”. Registering dangerously high levels of charm, I’m pretty sure Jim could sell out of umbrellas in the Sahara Desert. As it was, he made a killing in Covent Garden.

But the real story here was that Helen and Jim showed how much they really, really wanted to win. Unfortunately, they were saddled (respectively) with Melody and Natasha, whose leadership skills could fairly be described as non-existent this week. Jim showed surprising patience in trying to manage Natasha’s near-meltdown, by steering her towards the purchase of more stock. “We can’t be conservative, we need to reinvest.” It didn’t work. Convinced that this was a high-stakes version of Pontoon, Natasha opted to stick, rather than twist or bust.

Logic’s emergency mobile phone charger went down better than Tom’s emergency biscuit did last week. But the real surprise package was Helen’s daring but futile bid to unseat Melody as PM after the first day. For reasons that escape me, Melody and Helen thought that selling to retailers would be a good strategy. Even if that were the case, offering £25 watches to the proprietor of a Pound shop doesn’t add up, does it? Even more ridiculous was Helen making a four-hour round trip the next day to get stock for a bulk order of duvet covers. “I don’t understand the logic” said Karren Brady.

Clearly ace saleswoman Helen wasn’t on top of her game this week. Buoyed up by those huge orders in the previous tasks, she overreached herself with that attempted “coup in the kitchen”. Tom looked on in astonishment as Melody frostily rejected the idea that she should concentrate on sales, while Helen deployed her superior business skills to get them out of the big hole they’d dug for themselves.

With only six candidates left, we no longer have to endure the charade of team members sucking up to their PM — only to recant minutes later when they realise they’ve lost. So, cutting to the chase, Helen said Melody was a “terrible team leader” and she was right. But when the assets were totted up, Logic’s £728 was only a few nodding dogs lower than Venture’s equally unimpressive £751. Lord Sugar had already fined Natasha’s team £100 for their lack of reinvestment on Day Two. Jim’s last-minute dash to buy more umbrellas failed to add lustre to their “hollow victory”. Instead of helicopter trip to Goodwood, they were packed off back to the house to eat humble pie.

Natasha should have been fired this week, because Venture’s narrow victory was achieved thanks to Susan taking a punt on some bracelets and the lean, mean selling machine that is Jim Eastwood. But who said this process is fair?

Melody, who’s used to mixing it with Desmond Tutu and the Dalai Lama, had to overcome Helen’s astonishing track record and Tom’s highly effective nodding dog act. Would Lord Sugar punish Helen for having one really, really bad week or would he finally tire of Melody’s metronomic drone? Expressing “regret” he decided to give his ears a rest and the Global Youth Consultancy dynamo was out.

Over on The Apprentice: The Final Five, we learned that Jim and his wife are the “Posh and Becks” of Cookstown; that Susan is a bit of a Shanghai Surprise; and that demure Helen used to be a blonde bombshell. I expect to see two of those three in the final, but perhaps inventor Tom will come up with something even more astonishing than his curved nail file.