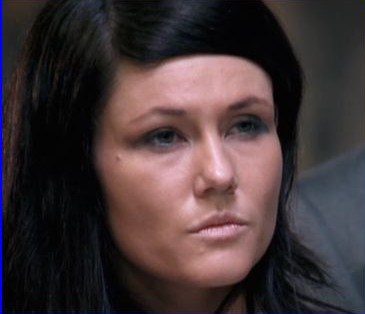 This week on The Apprentice: hot pies, cold nachos and a lukewarm reception.

“Melody was lost for words,” shrieked recapper Mark Halliley at the beginning of Week Eleven of The Apprentice. Just moments after we relived Ms Hossaini’s crushing disappointment, there was another one: Margaret Mountford would be not be wielding a clipboard in anger this week. The penultimate week of the show is traditionally given over to the interview process, in which CVs are deconstructed, egos deflated and lies exposed by Lord Sugar’s attack dogs. Sometimes we even stray into the realms of existentialism: “You’re not a big fish. You’re not even a fish.”

But this being a BBC show, they can never just leave well alone. So instead of the fearsome Margaret and Claude, our wannabe entrepreneurs faced a different sort of grilling — another catering task. The teams were invited to set up their own fast-food franchises in the City of London. Lord Sugar and some industry experts would then drop in for a free lunch, to assess them on criteria like edibility, speed of service and size of sombrero.

If the mere thought of Apprentice candidates in aprons has you licking your lips in anticipation, just think how much more fun this would have been in Week Twelve. If this had been the final, we could have enjoyed the spectacle of returning candidates buggering things up for the favourites. Remember Leon’s struggles with the juicing machine in Week One? Edna could have donned her Eartha Kitt gloves once more; Zoe could have mooned around with a face like a wet weekend; and Vincent would doubtless have dished out more (Belgian) waffle. But I digress, none of these things happened because the Final Five were on their own.

“All the air’s been cleared” declared Susan optimistically, implying last week’s squabbles with Natasha could now be swept under the enormous carpet that (eventually) silences all this show’s most voluble candidates. But would the three minds of Venture really be better than the combined brain power of Tom and Helen? It didn’t look likely. After watching Natasha fail to grow the team’s assets and almost blow the previous task, Jim wasn’t taking any chances. He appointed himself PM and, in one of those super-smug asides to camera, claimed that the girls would “appreciate a wee bit of direction”. Yeah, right. Meanwhile, Tom was more than happy to take orders from Helen (aka Little Miss Bossy).

I do like sizzling fajitas, but I associate nachos chiefly with evenings spent downing pitchers of watered down and grossly overpriced margaritas. For me, Mexican “cuisine” is an oxymoron, which is perhaps why Venture’s decision to go down that route was doomed from the outset. They had Natasha “can’t cook, won’t cook” Scribbins, who failed to live up to her BA (Hons) in hospitality management.

Then there was Susan “What does el mean?” Ma, whose ignorance of all things French is obviously just the tip of a very large cultural iceberg. To that combustible mix of personalities, we must add Jim, who confused Caracas (the capital of Venezuela) with maracas (a Latin-American percussion instrument). That’s how you end up with a franchise called “Caraca’s — a fresh mix of Mexican food”.

It all looked much more promising over at Logic. Helen immediately came up with the idea of going British and, following on from Week Nine’s “Mini Men”, decided that mini pies were the way to go. For reasons that escape me, Tom went looking for a branding concept in a baby boutique. (Nick Hewer looked suitably perplexed.) He did eventually get his act together by misreading a sign in shop window that read “We’re on QYPE are you?” This led him to the brilliant MyPy — pronounced MyPie rather than MePee. Even Helen was impressed.

Meanwhile PM Helen showed she could cook up a mean pie in three mouth-watering varieties: steak and red wine; chicken and mushroom; and spinach, broccoli and cheddar. True, she did have a little help from a Heston Blumenthal lookalike, but that left her more time for thinking about the all-important profits versus taste equation. Yes, Helen had it all: recipes, a business plan and brainy Tom’s wacky ideas about marketing.

While Natasha “I’m better on branding” and Susan squabbled over the relative merits of “iconic” peppers or sombreros for their branding concepts, Jim was basically doing everything else. After some market research that was only slightly more impressive than Melody’s effort in Paris, he came up with chilli beef, a fajita “kit” and Mexican soup. It sounded as though the self-styled “macho nacho man” had bitten off more than he could chew.

I wouldn’t want you to think that everything Logic did this week was brilliant. Let’s gloss over the way they branded their unit to look like a BA check-in desk. Even the lovely Helen didn’t really pull off that blue apron and red scarf look. Oh, and I don’t think there was ever an explorer called William Drake, or that Christopher Columbus was an influential British person.

But let’s face it, while Venture were agonising about what colour to paint their walls and how big their sombreros should be, they forgot about all the important criteria. Their service was dilatory, their planning non-existent, and Jim’s nachos looked like dog puke (in Lord Sugar’s expert opinion). Most embarrassing of all was the macho nacho man’s failure to perform basic mental arithmetic. Who needs “direction” now, smartass?

In the boardroom it came as no surprise to find that the experts had scored Venture’s Mexican meltdown at a measly 4/10. (I’m guessing the branding was the only element that didn’t suck.) The hot pies and another ace presentation from Helen had given Logic a much more impressive 7/10.

Instead of a treat, Helen and Tom went straight through to next week’s final. This left everyone scratching their heads and wondering what would become of the remaining three candidates. Lord Sugar then announced that he would only fire one more person. This was annoying, because only Susan had contributed anything vaguely intelligent this week.

I think it’s fair to say that Jim got just about everything wrong — starting with his decision to make Natasha and Susan work together again. No one had really considered how many customers they needed to serve during a two-hour period. (Sixty people spending an average of £7 per head does not add up to £4,200.) Karren Brady was right to observe “There is nothing fast about this fast food restaurant.” But did she really need to bring up that whole caracas business again? “Be honest, you thought it was a made-up word, all of you.” I’ve got some made-up words for you, Karren, and some of them contain expletives.

Natasha and Susan both rounded on Jim, who (naturally) accused the girls of not playing ball. (I guess that’s what happens when you don’t have any direction.) Lord Sugar tried to get to the bottom of Natasha’s curious reluctance to put her BA to practical use — apparently it was all a “long time ago”.

I was quite interested in hearing Natasha’s thoughts on Jim’s “dark underside”, which I sincerely hope was a reference to his tendency to pull people’s strings. In the end she was undone by her own lacklustre performance in recent weeks. I’m still trying to figure out her contribution to Caraca’s. Was it that misplaced apostrophe?

So Natasha was fired, leaving Jim and Susan to resume their spat in the cab back to Richmond. Tune in next week to see Margaret get stuck into the (sexist) macho nacho man. Based on this week’s task, I make Helen the strong favourite.