A Recipe for Disaster 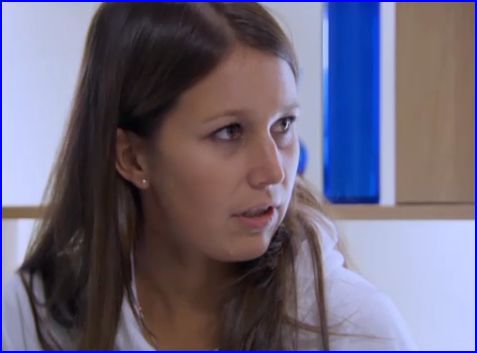 This week on The Apprentice: snapping from Zoe, sharing with Jim and “innovating” from Melody

Week Nine of The Apprentice looked as though it might be a new spin on the (Not-So-) Great British Bake-Off. Instead of the perky Sue Perkins and Mel Giedroyc, we got the increasingly grumpy Nick Hewer and Karren Brady. Yes, Lord Sugar was in the house again, and this time he invited the candidates to create their own new brand of upmarket biscuit and sell it to three of Britain’s biggest supermarkets.

A warning: if you found Melody Hossaini irritating during last week’s Parisian jaunt, stop reading now. She doesn’t improve on further acquaintance. It probably didn’t help that Lord Sugar’s Sunday evening surprise visit caught her off-guard and lounging (alone) in bed. The even worse news was that Helen, Jim and Natasha were making up this week’s Team Venture. Everyone else was in Logic (aka World’s Biggest Losers), which gave Melody a second bite at Timid Tom.

Melody’s chief rival for the title of Biggest Bitch in this Year’s Apprentice is, of course, Zoe. Have you noticed that when people say “With respect . . .” it usually prefaces something that is entirely disrespectful? Susan, who tried to equate experience in creating skin-care products with knowing how to knock up a killer biscuit, got short shrift in her bid to be PM. Nick Hewer helpfully likened Zoe’s latest put-down of Susan to “slapping down a yapping puppy”.

After her rubbish performance as PM on the refuse task, you’d think Zoe might have learned some lessons. With a background in the beverage industry, this task should have been meat and drink to her. But as Melody was pitching her concept of heart-shaped cookies to share with your loved ones, Zoe was hard at work digging her own grave with the aid of that oversized gob.

After saying that she wanted to be at the development kitchen in Wales, Zoe soon allowed herself to be dissuaded by Susan and Melody. “A good product sells itself” she declared, before announcing that she was “happier working with Susie”. Roughly translated, this means she hates Melody’s guts. Clearly Zoe is not familiar with that old adage about keeping your friends close and your enemies closer.

Down in Swansea, biscuit development boffins were on hand to help both teams come up with something to tickle the nation’s taste buds. For Venture, PM Helen had appointed Jim as head baker, and this seemed to have gone to his head. To be fair, he did enjoy his best week in the competition so far, but he was also so smug that I could cheerfully have dropped him into one of those gleaming vats of molten chocolate.

Venture were way ahead from the outset, since they had decided on the concept of a biscuit aimed at kids. Jim’s suggested calling it “Munch Men”, which had Helen chortling about “men that munch”. (Natasha “the Slapper” Scribbins was quick to see the Viz-like connotations there.) After schmoozing with some mums and kids in a focus group, he settled on a flapjack topped with a chocolate star. Who cares about childhood obesity issues?

Special Stars “any time is treat time” was a tag-line with in-built contradictions, but no one gets anywhere on this show by being consistent. (Natasha’s subsequent attempt to explain her theory about “opening up time” to a bamboozled designer was one of the highlights of the week.) The best news for Jim, though, was that Helen just agreed with him on everything. “I like her personality. Probably because it’s passive. Who doesn’t like that?”

Logic, lacked both passive personalities and good ideas. If only Tom’s bizarre concept of an “emergency biscuit” had been the dumbest thing we heard this week. Sporting a pontiff-like red hat, he had the herculean task of trying to live up to his billing as an inventor, while keeping Melody’s extreme masculinity at bay. He failed on both counts. One of her innovative suggestions — a bizarre concoction of biscuit mix, mini marshmallows and corn flakes (?) — looked like the leftovers from a riotous toddlers’ tea party.

After much bickering and whingeing from Zoe and Melody, Logic eventually came up with the “snap and share” wonderbiscuit known as Bix Mix. It sounded more like a dog snack and perhaps that would have been the ideal market for this two-in-one cookie — a digestive, with butter crisp centre and chocolate on one side. “We’re not going for a luxury product” enthused Tom. Shame that, because with its £1.99 price point, Bix Mix was supposed to be high-end.

Not surprisingly, Logic failed to make a good impression in their pitches to Sainsbury’s, Asda and Waitrose. Melody had pointed out that they should be aiming their product at a specific group (dogs?), but Zoe wanted to leave it open to the mass market. They opened with a toe-curlingly awful improvised scene, with Tom “Hi Honey” and Melody as a happy couple snapping and sharing a Bix Mix moment. Irony, anyone? It was hard to say who looked more embarrassed — the supermarket buyers or Nick Hewer.

Venture were having a bit of an issue with their “any time treat” — something that might not go down well with mothers. Jim and Helen were on the same page, but Natasha’s insistence on trying to deconstruct that theory went down like a lead balloon. The message was clear: shut up and let the grown-ups do the talking.

Last week Helen wowed the buyers at La Redoute with her pitch for the rucksack car seat. Not to be outdone, Jim went for broke with his “go big or go home” approach to Asda. Karren tried to pour cold water on his ideas about TV advertising, a Harry Potter tie-in and the hard sell to the mass market. She was wrong.

It was hard to believe that Logic could do worse than last week’s drubbing. But they did score some orders then — if not from La Redoute. This time it really was a big fat zero for Bix Mix. Just to rub digestive crumbs into the wound, Asda had ordered 800,000 units of Lucky Stars, making Helen a winner for the ninth consecutive week.

“Something fundamentally wrong here” declared Lord Sugar. But was it the toxic combination of Zoe and Melody, the fact that Tom “didn’t know the price of biscuits”, or a product that just didn’t taste very nice? Tom correctly diagnosed a “disconnect” between the product and the packaging, but that almost got drowned out in the cat fight that followed between mortal enemies Zoe and Melody.

Melody’s attempts at covering her arse in the boardroom included reviving her “daring” concept of making biscuit the new popcorn. (That was the marshmallow nonsense I mentioned earlier.) Last week she’d insisted that the opinions of four French Metro users constituted valid market research. Luckily, wisdom has now taught her that the negative verdict of “10 people in Swansea” on her ideas is of absolutely no consequence.

Luckily for Melody, being a stuck-up bitch and a hypocrite doesn’t get you fired from The Apprentice. But Zoe, who had failed to demonstrate expertise, leadership or courtesy, was soon on her way out. Melody failed to offer a goodbye hug or even an air kiss. I’ll leave the final words on Zoe, to Susan:

On a personal level she’s one of the bitchiest and most back-stabbing people I’ve ever met.