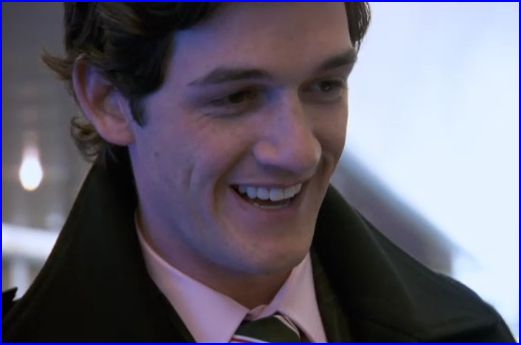 This week on The Apprentice: Susan is immature, Melody is intractable and Leon is impressed.

In last year’s series of The Apprentice Stella English showed us that “taking one for the team” can involve donning a bikini and turning a blind eye to your sexist colleagues. Judging by her performance this week, that concept has never been explained to Melody Hossaini. She’s more about taking one from the team and smirking while she does it. Yes, somewhere between Week Seven and Week Eight, the glamorous Global Youth Consultancy expert turned into one of those ball-busting ladies for which this show is infamous. This was very bad news for geeky Tom and lacklustre Leon.

Perennial winner Helen Milligan seems to sprinkle a little gold dust wherever she goes. But in the interests of “balancing the teams”, Lord Sugar sent her back to join Zoe, Jim and Susan in Venture. This was the second clue that Logic’s fortunes might be about to take another nosedive this week. (The first was Tom’s failure to stow his suitcase safely in the car boot.)

Before the candidates had even assembled at St Pancras International, we already knew that they could barely scrape together a GCSE in French between them. Melody announced “I used to speak six languages” (and she can be condescending in all of them), while Jim tried to talk up his “petits pois”. But when it came to total ignorance of all things Gallic, Susan “I know nothing” Ma was clearly way ahead of her colleagues. Given that the task involved selling new British designs to the Parisians, it made total sense for Susan to be PM — n’est ce pas?

One half of each team made a head start on consuming coffees and croissants in Paris. Bizarrely this meant they’d be exploring the market for products they hadn’t actually seen. Susan and Zoe excitedly sized up the usual array of wacky, overpriced or just utterly useless products — including a bean-bag couch, an electric bike and a pop-up postcard complete with cress garden. Karren delivered her brutal verdict on Susan: “incredibly decisive . . . but very immature”.

But it was when Susan started firing off a volley of inane questions like “Do the French like their children?” that Karren delivered the coup de grace, with the words “beyond stupid”. This seemed a bit mean, given that the subtitle for this series should probably be “Business for Dummies”. Clearly Karren has suffered a massive sense of humour failure.

Endearing though Susan is, the real story of this week’s episode was Logic’s failure to secure the right products. PM Tom had identified a child’s booster seat that folded into a backpack as the best thing on offer. He felt there was a “massive market for it in Paris”. There was just one problem: Melody couldn’t see the “common sense” in carrying a car seat on your back. Why wouldn’t you just leave it in the car, dummy?

Poor Tom looked for market research to back up his selection. Unfortunately for him, Melody’s methodology wasn’t too far away from Natasha’s crude “How do you blow your load?” vox pop last week. Does soliciting opinions from just four Metro users constitute a cross section of the French population? But the crucial point here was that Melody was able to converse fluently en francais and understand what the respondents were saying. Leon could only have been more impressed if Melody had stripped to her lingerie and serenaded them with a few bars of “La Vie en Rose”.

So Logic ended up with the pop-up postcard and the very uninspriring teapot light (140 euros). Paris is the City of Light, but would the French really be wowed by this overpriced porcelain white elephant. Like PM Tom, wasn’t it about as much use as a chocolate teapot?

Venture fared better with their flexible gadget grip (18 euros), which looked to me like a bunch of pipe-cleaners with an inflated price tag. Good for holding your mobile phone — or you could just use your hand. Thanks to Jim’s superior grasp of market research, they had bagged the rucksack seat. Despite her lack of fluent French, Helen did a great job pitching it to La Redoute — “the leading home shopping brand in France”. You sensed this would be the key moment of the whole episode.

Speaking of La Redoute, Melody failed to do her market research on them, either. She was too busy lining up appointments with snooty Parisian shops to bother finding out about the major retailer Lord Sugar had lined up for them. When Tom timidly suggested they could start with just 10 units of the iconic (ie useless) teapot light, the froideur amongst the assembled buyers was palpable. Nick Hewer pronounced it “ludicrous” — he meant Tom’s proposal, not the porcelain.

In short, Melody hung Tom and the rest of the team out to dry this week, as she attempted to fill her own order book. Of course this is not a team game, but sometimes you do need to see the bigger picture. The French capital is also renowned for being the City of Love: in Melody’s case make that self-love.

In the boardroom I felt sure that Logic had lost it. Thanks to Helen’s “fantastic” pitch to La Redoute, Venture secured an order for the backpack seat worth 214,000 euros. Logic, on the other hand, registered what Nick described as “nul points”. Inventor Tom, who’d seen the potential of seat, looked gutted. It was, in the words of Lord Sugar “an annihilation”.

So Helen won again — that’s eight weeks in a row. Tom, Melody and Leon returned for a bout of mud-slinging that made it absolutely clear which one of the three actually has some cojones (not a French word, obviously). Tom had utterly failed to control Melody, whose arrogance and failure to follow instructions was a major reason that they lost the task. But he was really squirming as Karren reminded him that he’d resorted to that tried and trusted business technique “paper, scissors, stone” to establish who should take the pitch to La Redoute. Professional or juvenile?

Lord Sugar complimented Melody on her “hunger”, though he might have asked whether this black widow was now satiated after having both her team-mates for breakfast. Tom survived because he’s polite, brainy and chock-full of geek appeal. Leon, whose remarkably well-conditioned hair has been his main contribution to the show so far, got the boot.