An Offer You Can't Refuse 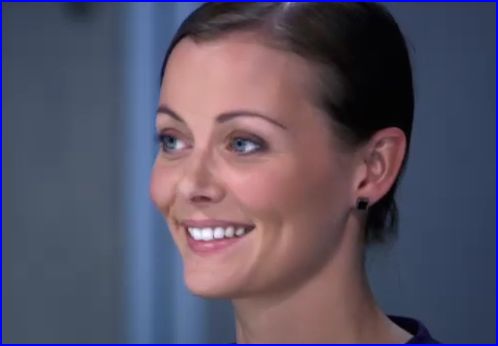 This week on The Apprentice: steel toe-caps, a copper mountain, and turning garbage into gold.

“What is wrong with the name Logic? It’s just doomed.” Melody Hossaini summed up the frustration of being part of the The Apprentice’s equivalent of the England football team. Perhaps they should put Fabio Capello in charge — then they’d really know what a communication breakdown looks like. But as Week Six began, help was on hand in the shape of star transferee Helen Milligan. Would she prove to be 2011’s answer to Stella English, or their passport to oblivion?

Dressed in steel-toe cap boots and high visibility jackets, the candidates travelled to Smugglers Way waste transfer station — that’s a euphemism for rubbish dump. This was Edna’s first big disappointment of the day: she thought they’d be mixing it with some hard-bodied hard hats on a construction site. Instead they were given the task of proving Lord Sugar’s maxim “You can make money from just about anything” by going into the rubbish collection business. Would their manicures or their reputations survive two days of lugging bags rubbish around as they tried to fill their one-tonne tipper trucks?

The Apprentice works best as 60 minutes of clashing egos, bitchy comments and fundamental misunderstandings. It’s even better when they get to dress up and act as though they’re in an 18-certificate version of a toddlers’ birthday bash. This week saw Zoe and Susan “Me, Me, Me” Ma squabbling in a manner that should have earned both of them a spell on the Naughty Step.

Considering the macho nature of the task, I found it odd that the boys opted out of being PM this week, leaving Helen to take charge of Logic and Zoe to stick her head on the block again for Venture. After the departure of “Mr Charisma” Vince last week, just four boys (well we can’t really call them men, can we?) remain in this process. I think the contribution of Glenn and Leon (Venture) and the new Logic pairing of Jim and Tom can be fairly summed up as a case of “white van syndrome”. This is where blokes drive around London, hoping to pick things up — girls, parking tickets, valuable scrap metal. Jim did nothing to enhance his fading reputation by shouting at unsuspecting householders through his megaphone. Come in Number 73, your time is up.

Like the candidates I was confused by some of the weighty issues in this week’s episode. When you’re confronted with a roomful of junk, it’s tough to decide whether there’s any profit to be made in carting it away. So our waste management tyros were also on the lookout for valuable materials — mainly metals — that they could sell for scrap. There was desk job here, too — it was an office clearance that might yield a nice bonus from recycled furniture.

As usual, Lord Sugar had lined up a couple of potential jobs for the teams — if only they could come up with the right offer. Watching Melody, Helen and Natasha “I’m not a physical builder” arguing over a collection of stainless steel sinks was one of the key moments in this episode. They boldly went for a strategy of charging nothing, a decision that caused disharmony between Melody and her team-mate. “The train has left the station!” declared an over-excited Natasha, refusing to take a bite out of that unappetising “big plate of blame”. Melody gloomily contemplated whether the next stop for Team Logic would once again be Loserville, as Karren Brady shook her head at this lack of professionalism.

The bar clearance job also had Zoe, Edna and Susan wishing they’d spent more time boning up on the weights of kitchen appliances as they tried to come up with a winning bid for the job. “I can’t weigh a tonne of stuff with my eyes” said an exasperated Zoe as she revisited Week Four’s shopping mall spat with Susan. An out-of-her depth Zoe quoted £150, but moments later Susan was telling her they should have offered to do the job free of charge. “Are you trying to sabotage this, or what?” I’d call it second guessing and (guess what), Susan was right. Logic hungrily picked up both of Lord Sugar’s leads, leaving Zoe in tears at the end of Day One.

Other highlights this week involved a Fulham plumber with a yard full of waste and some valuable copper cylinders. I lost track with all the haggling that went on here, but let’s just say that Edna did herself no favours by attempting to renegotiate the deal after the job was completed. Jim and Tom attempted to get shirty with a crafty builder whose pile of rubbish just kept getting bigger. “So I’ve had a result” said the satisfied client, who’d obviously heard that brand Logic is synonymous with big fat losers.

As the deadline approached and panic set in about completing the jobs, Nick purred over the “well-oiled machine that was Logic, while Karren predicted that Venture were “on the brink of losing it”. Melody felt her ruined fingernails were the price of good day’s work. But Susan already had her claws deep into PM Zoe, who she (accurately) characterised as being “sad and pessimistic, with a horrible attitude throughout the task”. Miaow!

The Three Degrees of Edna 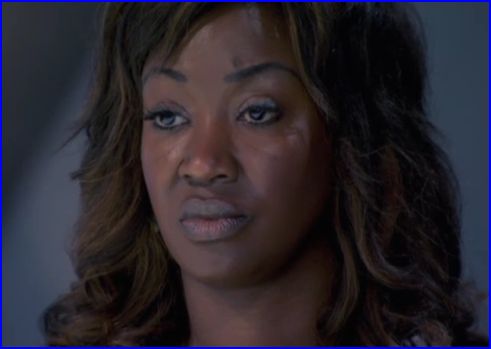 Sacking Vince last week may have temporarily sated Lord Sugar’s huge appetite for berating and humiliating candidates. I thought he was a bit soft on the teams this week, but luckily the girls had more than enough bile to make up for it. Venture’s profit was £706 and Logic made £712 — a winning margin he described as “a kilo of copper”. First time winner Tom, grinning from ear-to-ear, left to enjoy Bath’s thermal spa with his colleagues, while we waited to see which member(s) of Venture would be taking the taxi ride to obscurity.

I don’t think Zoe is going to win this competition, but she really did play a blinder this week. Offering to be PM and then willingly confessing that she’d screwed up this week’s task was a great strategy. Lord Sugar doesn’t like to waste his time giving the Spanish Inquisition treatment to failed candidates. Much better to make a clean breast of it and throw yourself on his mercy.

Following a lengthy game of He Said She Said that failed to establish excactly what the haughty Edna had contributed to the team effort, she ended up in the firing line with Zoe and Susan. Things got heated as Susan laid into Zoe’s “lack of strategy” that had led to them losing both the tenders on Day One. It didn’t look good for Zoe when Edna belatedly realised that just sitting there looking aloof was not going to save her neck. But despite boasting about her MBA (one of three degrees she holds) and her “highly original ideas” the business psychologist got the boot.

It was touching to see Susan bidding Edna a fond farewell outside the boardroom. There would be no kiss and make up session for Susan and Zoe, though. The recriminations continued in the cab all the way back to Richmond.

“We could not have done more unless we’d stumbled across a copper mine.” (Jim Eastwood)