I’ve never had any dealings with private detectives, Mr Rosow. I’ve seen them in Bogart films, though. Was that one of those kind of jokes? Those dry, sardonic detective jokes . . .

I knew I was going to like Noah Buschel’s The Missing Person when the opening credits rolled over a shot of a boiling coffee pot, to the gentle accompaniment of a harmonica. It reminded me of private eye Paul Newman’s sad attempts to recycle yesterday’s coffee at the beginning of Harper. Though Buschel’s droll, stylish and well-acted detective drama does have a contemporary setting, this is just one of many reminders of earlier movies about maverick investigators.

Chicago private detective John Rosow (Michael Shannon) lives in a crummy apartment, right on top of the “L”. He’s woken at 5am by a call from attorney Drexler Hewitt (Paul Adelstein), who wants him to trail a guy from the Windy City out to LA. Moments later Hewitt’s assistant Miss Charley (Amy Ryan) arrives with a photo and an envelope full of cash. When the assignment pays $500 a day, who needs any more information than that?

As instructed, Rosow boards the California Zephyr and soon finds that his quarry, a middle-aged man accompanied by a young Mexican boy, is travelling in plain sight. Sustained by a diet of cigarettes and gin, Rosow’s journey takes him from the palms and pools of LA, to a Mexican finca and then on to New York. I won’t give away too much about the plot, but the events of 9/11 provide a link between the gumshoe and his target Harold Fullmer (played by Frank Wood).

On one level Buschel’s film can be enjoyed as a witty, well-observed homage to detective movies from the 1940s onwards. Shannon, who was so impressive as the brooding Son Hayes in 2007’s Shotgun Stories, brings an air of good-natured resignation rather than cynicism to his interactions with the film’s colourful cast of characters. From the moment he exits Union Station, he’s being chided for smoking (incessantly), jaywalking and not having the right kind of cell phone. (What sort of PI doesn’t have a camera phone?) It’s as though Bogart’s Philip Marlowe or Sam Spade had time-travelled forward to a decade in which smoking in public makes you Public Enemy Number One. 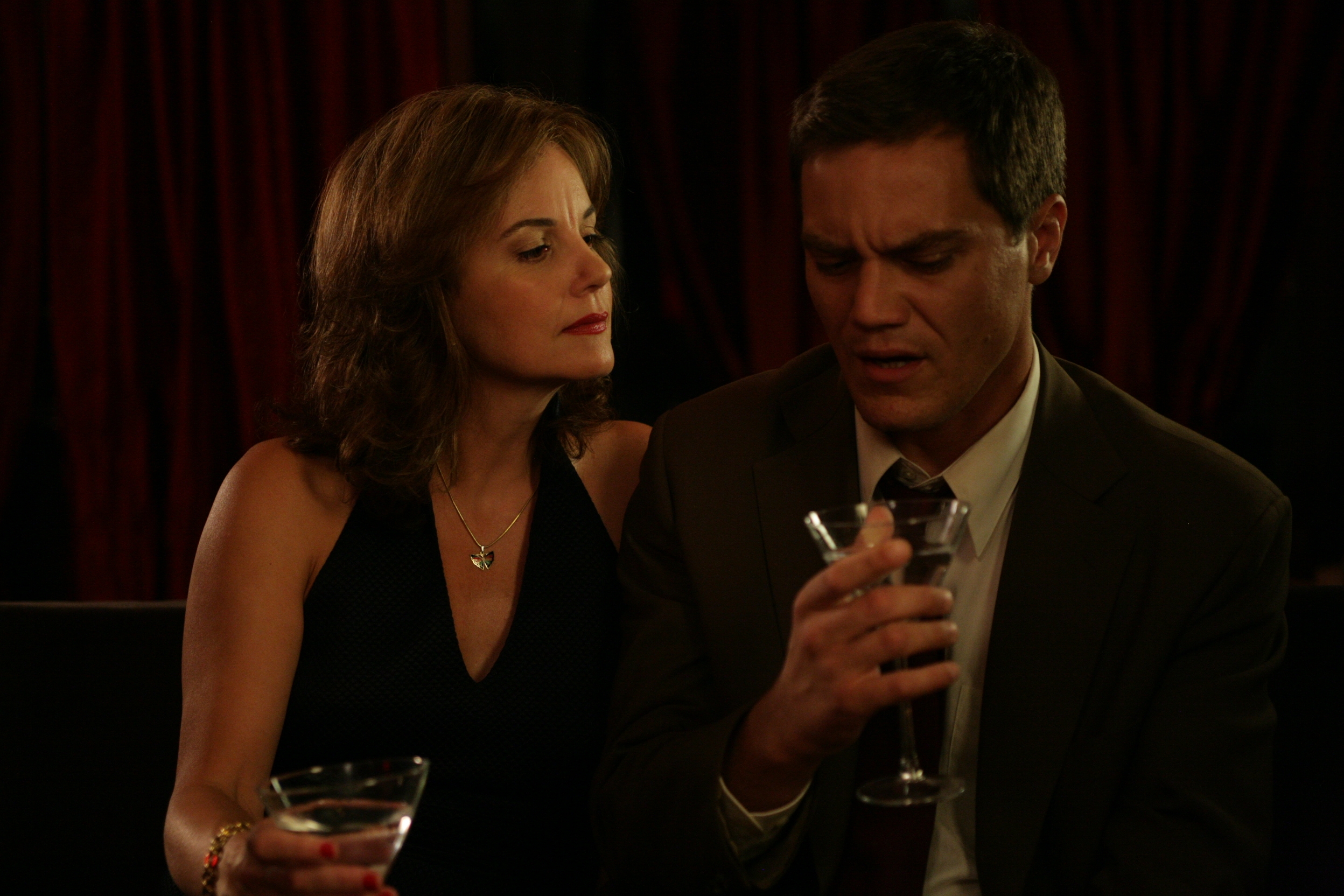 The humour in Buschel’s script is never far from the surface, particularly in the first half of the film. A couple of FBI agents who are trailing Rosow give him a pair of $2 shine-in-the-dark sunglasses – essential survival equipment for LA. This leads to a great visual gag when our dogged hero hops into the trunk of a cab that’s bound for Mexico. “Everybody’s gonna see you. You stick out like a broken nose.” The cab driver (played by The Sopranos’ John Ventimiglia) turns out to be a New York exile who’s obsessed with Serpico’s dog. It’s the kind of exchange you might expect to hear in a Tarantino movie.

This is a neo-noir for people who prefer their glass of Bombay Sapphire half full rather than half empty.

Though there are plenty of reference points here for fans of film noir – including a would-be seductress called Lana — The Missing Person doesn’t feature the over-stylised dialogue that ruined 2005’s Brick for me. The use of voice-over is also very sparing, with Buschel favouring scenes of Rosow contemplating this unfamiliar terrain from the windows of trains, cars and hotels. It’s shot in desaturated colour rather than black and white, with cinematographer Ryan Samul bringing an almost Godfather-like darkness to some of the New York interiors. The varied soundtrack including Ravel, Stravinsky and the classic jazz of Bud Powell and Thelonious Monk, seems to zip back and forward between decades.

Complex and sometimes baffling plotting is a feature of classic film noir and the many attempts to revive it in recent decades. My one major criticism of The Missing Person is that it tries to cram a bit too much plot into the final 20 minutes. When Rosow discovers the true nature of his assignment, the 40s detective pastiche gives way to something more like a 70s conspiracy thriller. There are moments in the final section of the film that reminded me of films like Night Moves or The Conversation. You wonder how Rosow will resolve his moral dilemma and at what cost.

Shannon’s likeable performance dominates the film – he’s in almost every scene. But Ryan, who was also in Buschel’s earlier biopic Neal Cassady, makes the most of her character’s verbal sparring with the obviously smitten Rosow. Linda Emond brings an air of mystery and ambiguity to her role as Fullmer’s wife.

The Missing Person is the kind of film that prefers well-delivered punch lines to scenes of explicit violence. The surprisingly optimistic ending makes this a neo-noir for people who prefer their glass of Bombay Sapphire half full rather than half empty.