Down to Earth: Rafa Hits Roger for Six 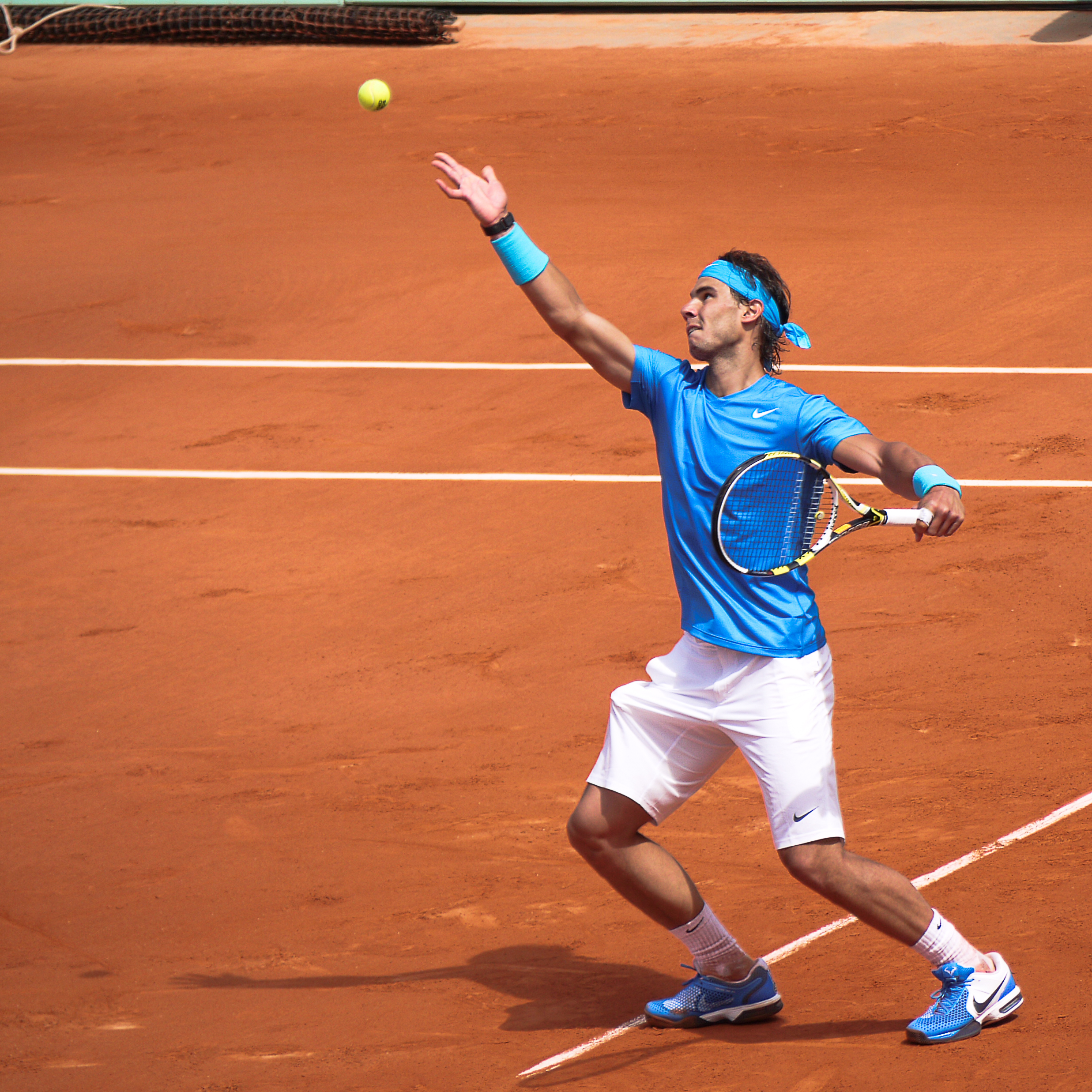 “Self-praise is for losers. Be a winner. Stand for something. Always have class, and be humble” The first & last part are incorrect no? (John Madden quoted by @PseudoFed, 4 June 2011)

Does Roger Federer ever write himself a “to do” list before squaring up to his greatest rival, Rafael Nadal? If he’s anything like his Twitter alter ego, the unashamedly egocentric @PseudoFed, he probably has an assistant to do that for him. But according to the BBC commentators at yesterday’s French Open Final, Roger’s list should probably boil down to: “Win first set; win second set; win third set.” But the Big Swiss Cheese failed on the first two counts — Nadal triumphed 7-5, 7-6, 5-7, 6-1, to claim his sixth French Open title.

I’ve always found Federer’s imperious tennis more admirable than his sometimes dismissive attitude towards opponents. To be fair to him, he does have to put up with a lot of stupid questions from journalists with short memories and even shorter attention spans. But to say, as he did after yesterday’s match: “So it’s always me who’s going to dictate play and decide how the outcome is going to be. If I play well, I will most likely win” strikes me as deluded. Federer did play very well yesterday, though perhaps not quite as impressively as in his semi-final against Djokovic. But over five sets — on any surface — Nadal’s game beats Federer’s.

After 15 days of tweeting, tennis and unbearable tension I too am in need of a serious reality check. PseudoFed’s stream of consciousness on Twitter has been only marginally less ridiculous than some of the pronouncements from the BBC commentary team in Paris. I lost count of the number of times that Sam Smith informed us that Roger’s mum won’t sit next to his chatterbox dad, Robert, during matches. It was like having to smile politely at Christmas while an elderly relative regales you with an anecdote you’ve heard every year since 1975.

When I winced at the attempts at humour from Andrew Cotter during January’s Australian Open, I forgot that the BBC had an even more scary weapon up its sleeve — Andrew Castle. This ex-player and former breakfast TV presenter appears to be a really affable chap. Unfortunately when you stick him in behind a mike and ask him to talk about the game he used to play, the results are less than stellar.

To borrow Radio Times TV critic Alison Graham’s description of The Tudors, Castle’s commentaries are “a towering pile of nonsense”. When he’s not reacting with a Sharapova-like shriek to a particularly exciting rally, he’s throwing out inaccurate statements and retracting them seconds later. Claiming, as he did yesterday, that Federer and Nadal had only ever lost to each other in Grand Slam finals must been surprising news to the many fans of 2009 US Open Champion Juan Martin del Potro. A little later a shot of the Eiffel Tower had him excitedly announcing that Roland Garros was the only Slam venue close to a city centre, before remembering that Melbourne Park isn’t exactly out in “the bush” either.

Though both Castle and Sam Smith moaned about the sheer volume of stats that were handed out to broadcasters at this year’s event, I think they would really benefit from a Post-It bearing the words “Think before you open your gob.” That advice might also apply to British Number 1 Andy Murray. (Though I hesitate to offer any criticism of him here, for fear of attracting vituperation from internet trolls.)

Jimmy Connors famously read a letter from his mother, Gloria, during changeovers at Wimbledon. I think Murray might find this more constructive than constantly bawling at poor Judy and his team during his on-court struggles. It would also relieve Andrew Castle of the tedious duty of having to apologise for those expletives during a pre-watershed broadcast. The commentators were right to say that Andy’s emoting sends the wrong message to his opponents. If he wants examples of really intimidating “game faces” to imitate he need look no further than the world’s top three players — Nadal, Federer and Djokovic.

Of course tennis isn’t simply about good looks. If it was then Maria Sharapova (dubbed “Sharaposer” by her detractors) would have completed her set of Grand Slam titles last week. But though I remain a big Rafa fan I do understand why Parisians have taken the immaculately dressed and well-coiffed Federer to their hearts. There could hardly be a greater physical contrast between the way the super-cool Swiss glides around the court and the sweaty exertions of the unshaven Spaniard. Roger’s elegance translates well to TV, and its current obsession with super slo-mo shots. Watching a drop of perspiration fall from Rafa’s nose is, I’ll admit, a less appealing sight than Federer’s forehand in full flight.

I know this makes no sense at all, but following @PseudoFed has given me a new respect — even affection — for the real Roger Federer. Hearing about his wife “Murky”, his beauty routines and his thoughts on how to beat Djokovic, added a new dimension to this year’s French Open. But when it comes to the heated battle of Grand Slam encounters — particularly on clay — the humbling reality for Federer is that Nadal remains a hard man to beat.

I’ll be tweeting throughout Wimbledon (@Susannah63) and I expect @PseudoFed will be doing the same — when he’s not on court or having his hair blow-dried.