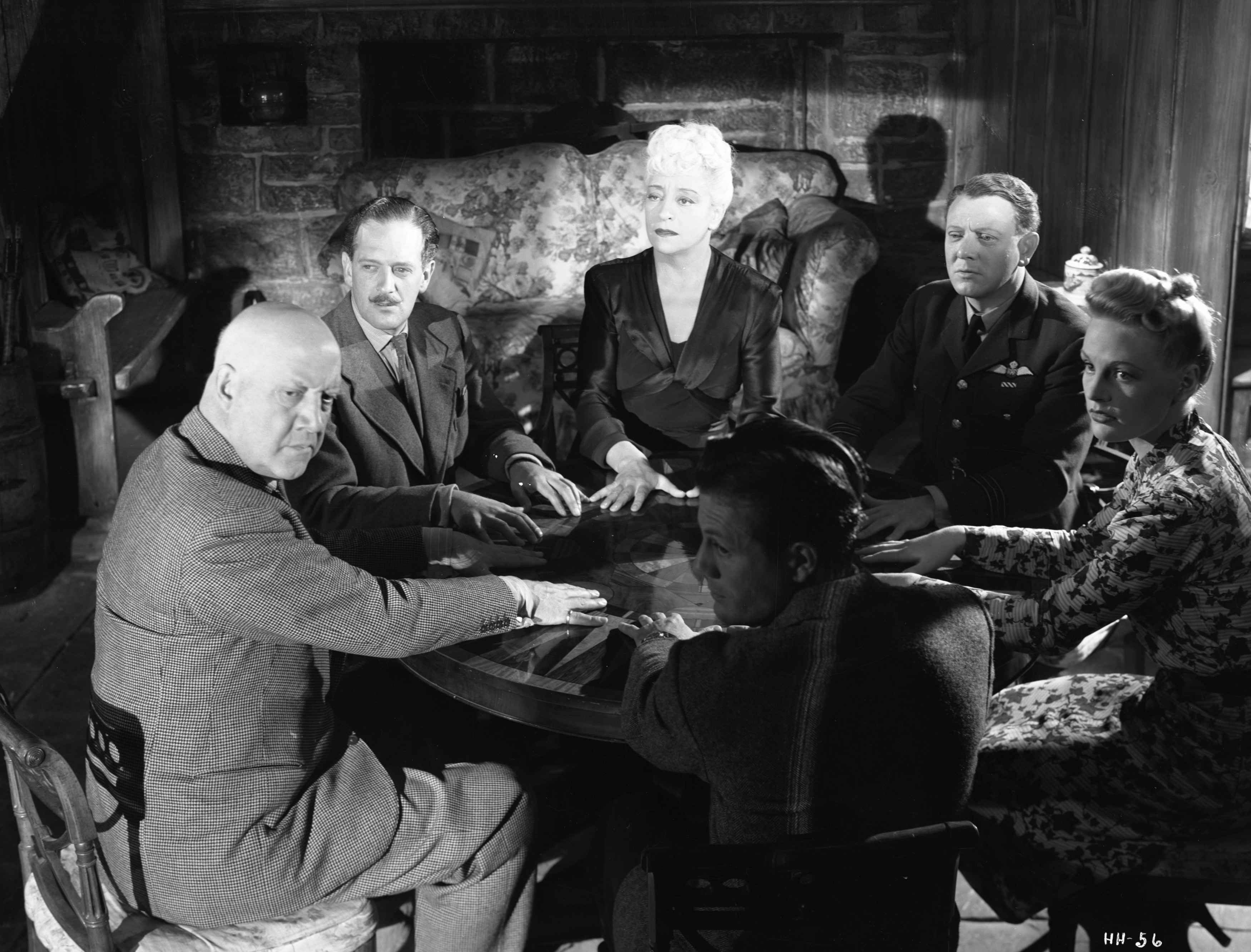 A young girl tries to bring her estranged parents back together by contriving a mini-break at a charming Welsh inn. It might sound a bit like The Parent Trap, but The Halfway House is an intriguing but uneven wartime fantasy drama from Ealing Studios. Director Basil Dearden’s film was co-written by Angus MacPhail and Diana Morgan (Went The Day Well?) and also features one of the most grating Welsh accents I’ve ever heard – courtesy of Glynis Johns.

The Halfway House begins with a series of brief vignettes introducing the main characters. There’s young Joanna (Sally Anne Howes), whose bickering parents Richard and Jill (Richard Bird and Valerie White) are on the brink of divorce. A disgraced army officer Fortescue (Guy Middleton) is released from prison, after serving time for pilfering the regimental funds. At a Welsh port, ex-navy captain Harry Meadows (Tom Walls) and his French wife Alice (Françoise Rosay) are still grieving for their son. In Cardiff overworked orchestra conductor David Davies (Esmond Knight) seems to be heading for an early grave.

The first half hour of The Halfway House sees this bunch join a courting couple and black marketeer Oakley (Alfred Drayton) en route for mid-Wales. We’ve already been told that the eponymous hostelry burned down a year ago, but it mysteriously reappears on the horizon – like a beacon of hope. Waiting to greet the weary, dispirited or just plain grumpy travellers are saintly landlord Rhys (Mervyn Johns) and his ethereal daughter Gwyneth (played by real-life daughter Glynis).

“Oh Harry, you haven’t smiled like that since you left your sheep. Ship darling. Ship.”

Addressing then-current issues like profiteering, the neutrality of Ireland and the pain of bereavement, The Halfway House is in some respects a snapshot of Britain during the throes of WWII. But Dearden’s film, which is loosely based on a play The Peaceful Inn, has grafted an allegorical element on top of some pretty routine drama. Is the inn really there in 1943 or have the travellers found their way back to June 1942? With heavy-handed references to the fact that Gwyneth “casts no shadow” and the fact that all the newspapers are 12 months out of date, it won’t take you long to figure out the secret of The Halfway House.

For those who know Ealing through its sometimes very black comedies and satires – Passport to Pimlico, The Ladykillers, Kind Hearts and Coronets — The Halfway House is a bit of an oddity. There is humour here, of course, mainly from the banter between the likeable but disreputable Oakley and Fortescue. A running joke about Alice’s pronounced French accent culminates in this touching exchange: “Oh Harry, you haven’t smiled like that since you left your sheep. Ship darling. Ship.”

But the lightness of touch in the early scenes is soon drowned out by a mixture of sentimentality and clumsy sermonising. One by one the visitors reach their moment of personal crisis at the inn, only to be guided back to the path of truth and light by the omniscient Rhys. When Gwyneth tells a distraught Joanna “Pleasant things happen here you know . . . Wishes come true” you wonder whether we’ve crossed the border from Wales into the Shangri-La of Lost Horizon. 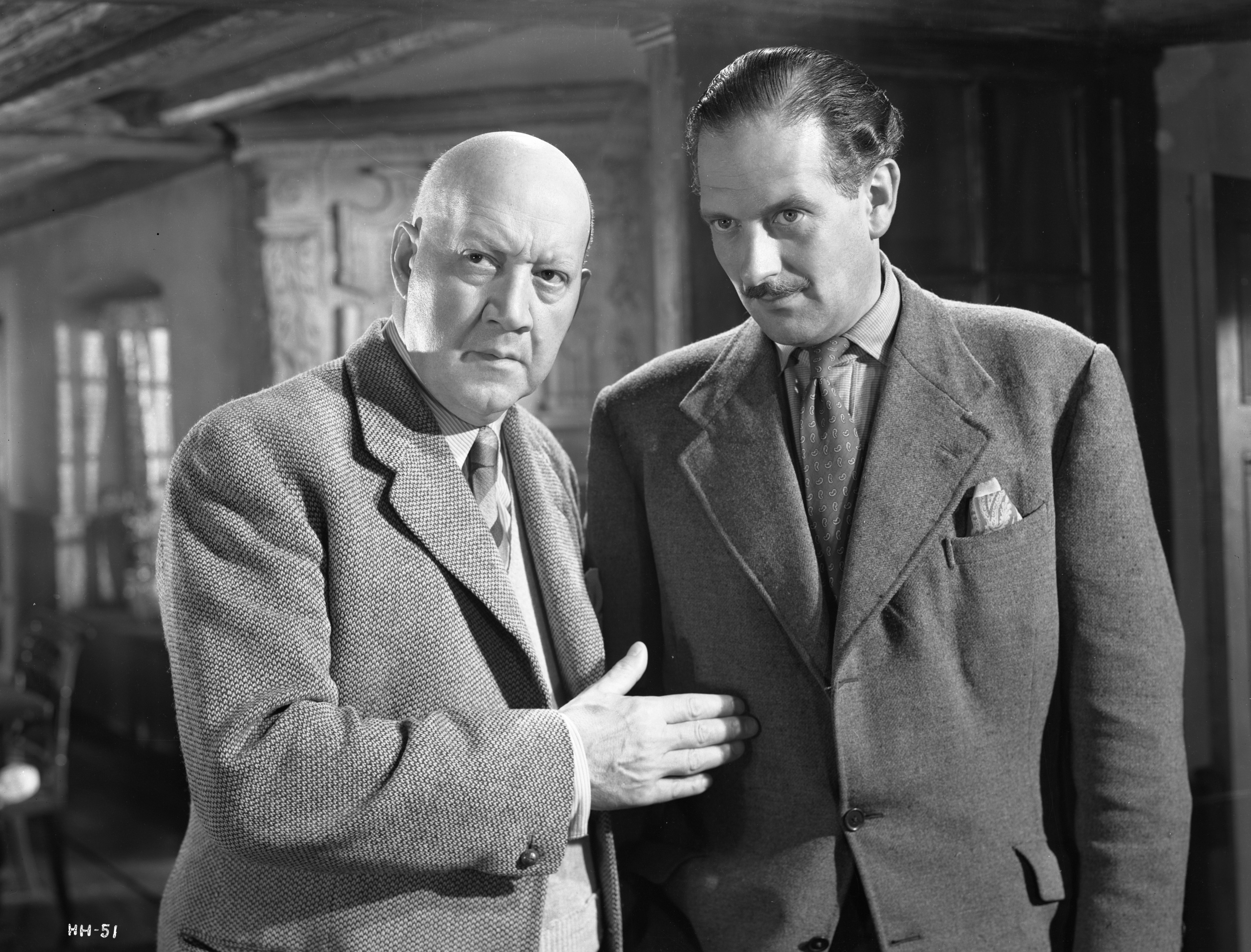 Perhaps one of the reasons that The Halfway House isn’t better known is that it lacks one standout performance. Of the senior cast members, Mervyn Johns had a long career that lasted into his late seventies, while Knight is probably best remembered for his distinguished collaborations with Powell and Pressburger, including The Red Shoes and Black Narcissus.

For me the real star here is Dearden, whose work has been unfairly dismissed by pompous British critic David Thomson as “empty and plodding”. (I think films like Victim and The League of Gentlemen deserve more respect than that.) With cinematographer Wilkie Cooper, Dearden uses atmospheric lighting, deep focus and striking low angle shots for many of the interior scenes at the inn. The most memorable sequence is the séance, during which Alice attempts to communicate with her dead son. The overhead shots of the linked hands round the table remain very powerful.

Call me a cynic, but I think the bracing satire of Kind Hearts and Coronets has dated much better than the flag-waving messages of films like The Halfway House. But it’s an interesting footnote to the career of Ealing’s most prolific director.

(The Halfway House is released on Region 2 DVD on 20 June.)