Why blue is still my warmest colour 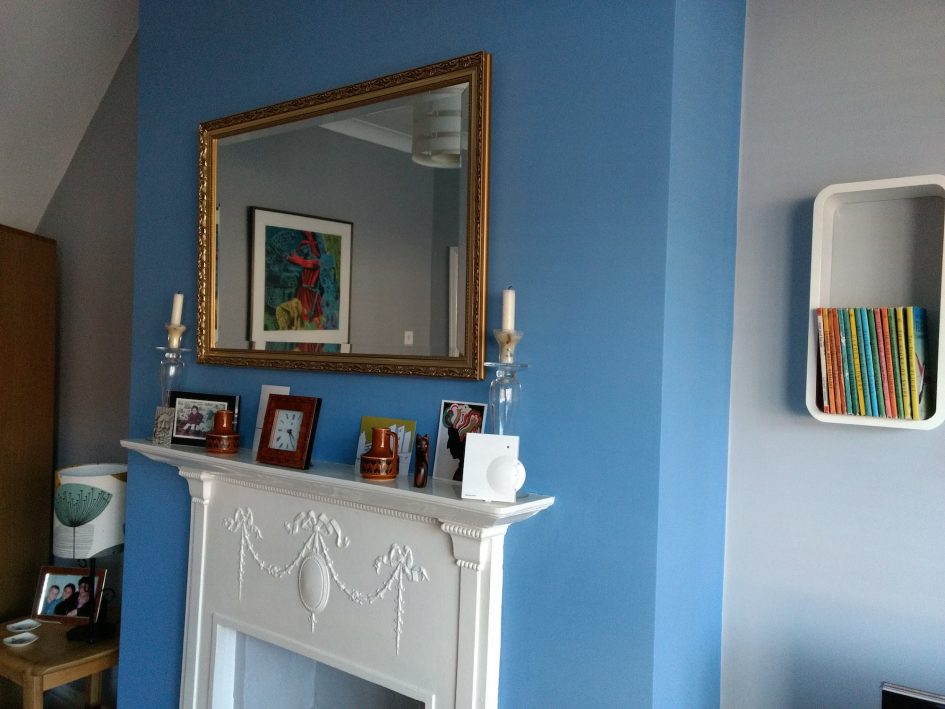 This picture of a Drizair 1200 dehumidifier isn’t something I expected to be posting on my blog. This spring the latest bit of tech that landed in my flat wasn’t from the Apple store or the growing range of Amazon Echo products. It isn’t voice-controlled, wi-fi enabled or cloud-based and I won’t be streaming Spotify from it any time soon.

Despite these limitations and its unprepossessing appearance, the Drizair has been hard at work purging my flat of the many gallons of water that gushed from my loft space during that cold snap at the beginning of March. A pipe from my neighbour’s cold water tank burst at some time over that freezing weekend and the result, to quote Samuel Taylor Coleridge, was ‘Water, water, everywhere’.

Unlike in The Rime of the Ancient Mariner, where ‘all the boards did shrink’, the frame around my front door swelled so much over the next month that I couldn’t get out unless someone pushed from the other side. Arguably there wasn’t much point in trying to get outside, as the rain and freezing temperatures combined to delay the arrival of spring.

I was lucky. The exterior walls at the front and side of the house took the brunt of the water damage. Miraculously, all my ceilings have stayed up and none of my books, clothes and other ‘personal possessions’ were caught up in the relentless path of the water.

Having said that, wet plaster looks and smells foul. Not even the most ardent fan of Nick Knowles would choose to have their home turned overnight into a project for the team from DIY SOS.

The smooth, painted walls in my hall, stairwell and part of the living room have given way to exposed brick, lath and plaster. It’s not a good idea to linger near the front door at the moment because there’s a good chance that a chunk of plaster will fall off and hit you. I’ve given up vacuuming until the walls are replastered.

The good news is that the ‘Beast from the East’ has given birth to the Drizair 1200. The dehumidifier is on loan from the contractors who are carrying out the repairs and redecoration of my flat. Apart from sucking up a lot of unwanted moisture, the most appealing feature of this squat, heavyweight piece of equipment is its blue outer shell.

I already have a lot of blue in my home. It started with the garden shed . . . 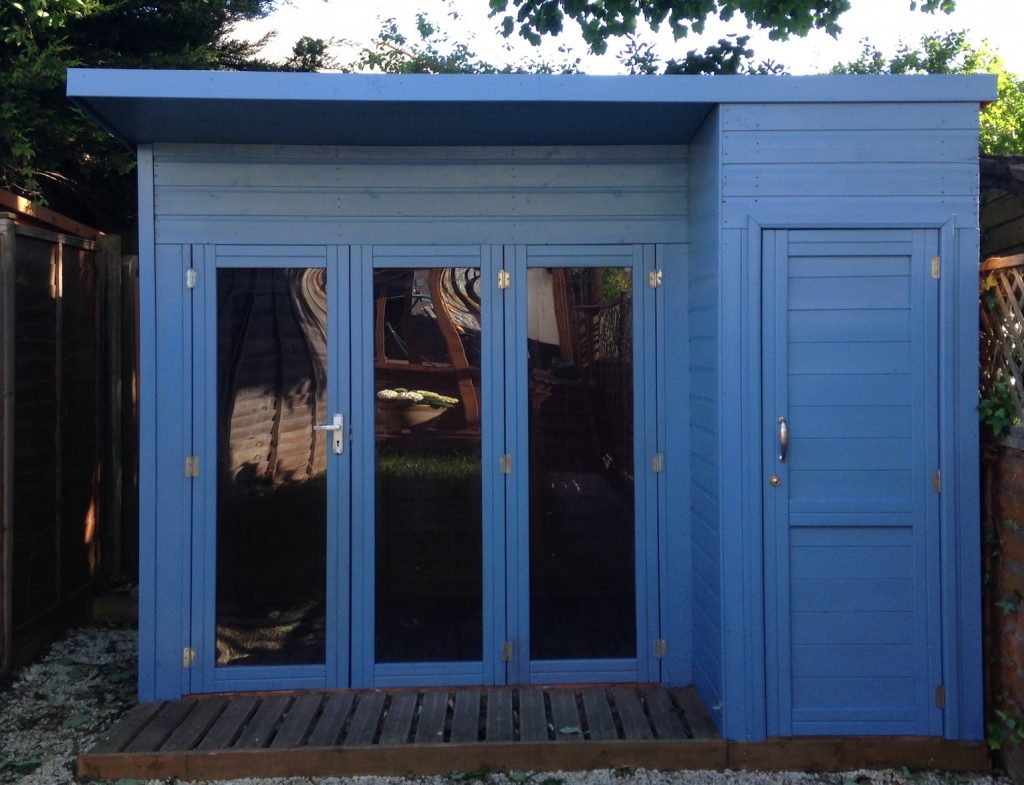 and continued with the feature wall in my study. 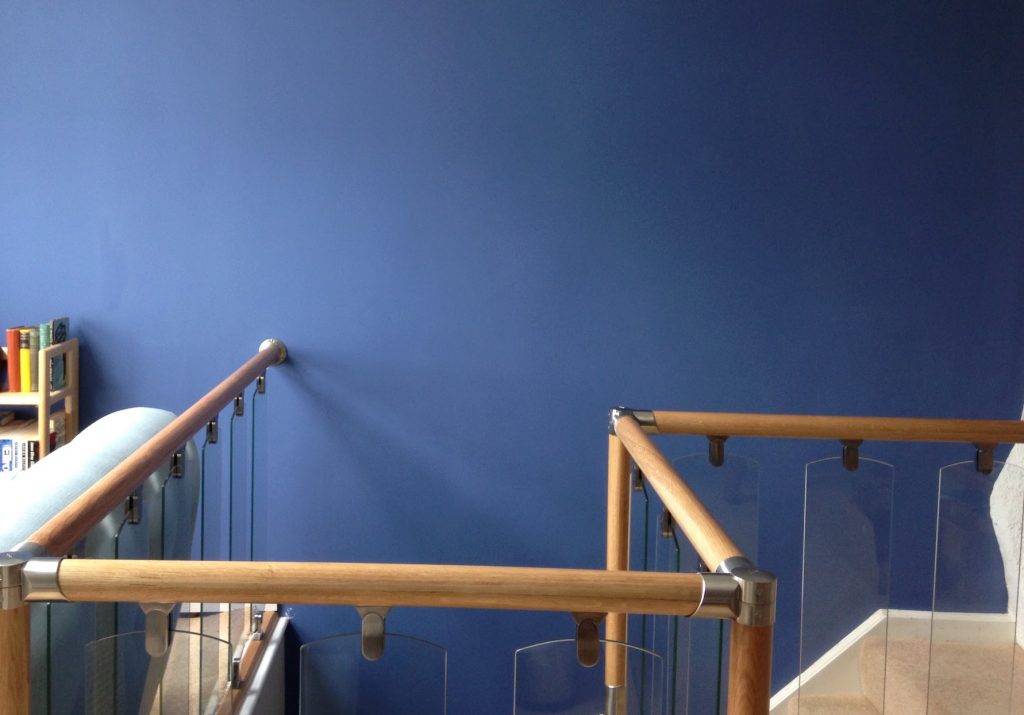 Last November I painted the chimney breast in my living room blue. Dulux calls this shade Amazon Beat 3. I call it a good match for the spine of the vintage Ladybird book on the adjoining shelf. 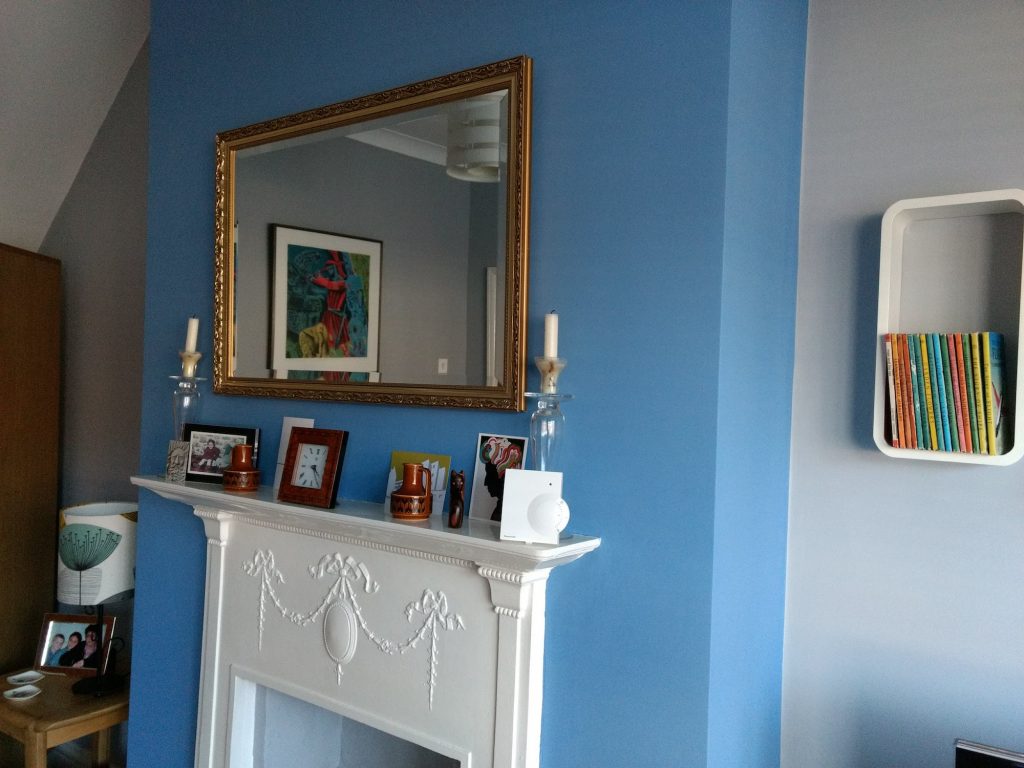 March 2018 was a month to forget. It’s tempting to be melodramatic and tell you that the Beast from the East almost turned my blue heaven into a blue lagoon.

But for me, blue has always been the warmest colour. So I’m crossing my fingers and hoping that the Drizair will soon be gone, the walls will be replastered and there will be blue skies to remind me that winter is finally over.

Beast from the East, dehumidifier, Drizair 1200, Samuel Taylor Coleridge, The Rime of the Ancient Mariner