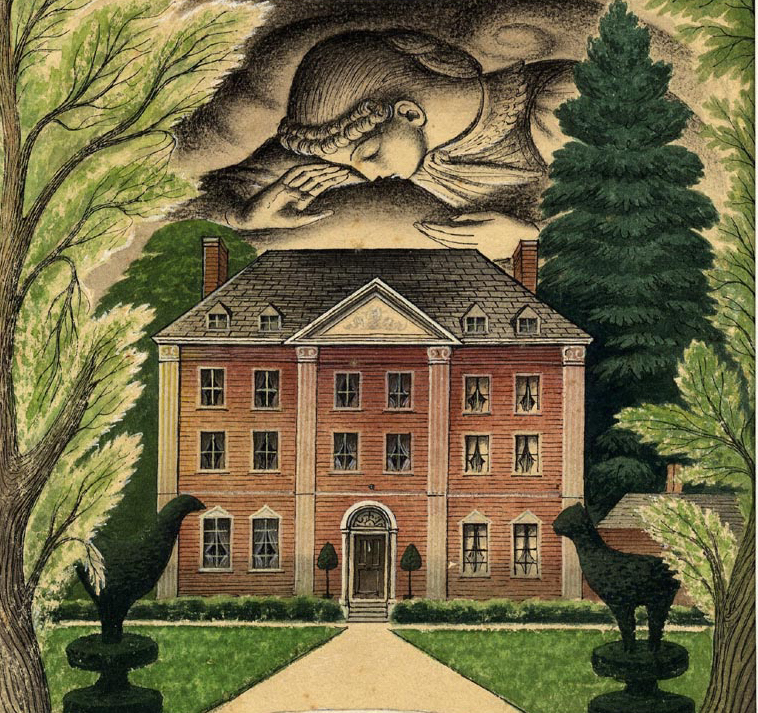 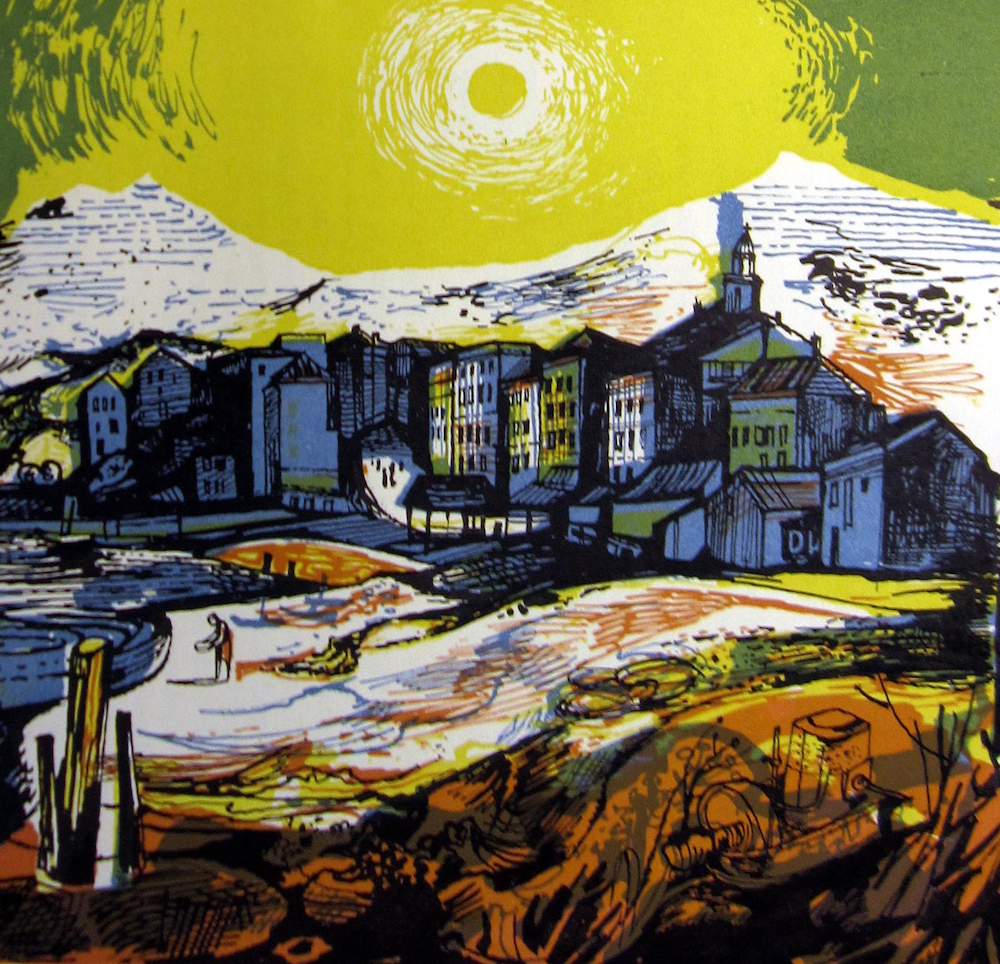 Illustration from Time Was Away: A notebook in Corsica, by Alan Ross and John Minton

Neo-romanticism flourished for a brief period from the mid-1940s, with artists like Paul Nash and Graham Sutherland giving full rein to the emotional and poetic side of their art. Landscape painter Samuel Palmer (1805–81) was a major influence on the movement, as was William Blake.

This exhibition focuses on illustration rather than painting, beginning with Keith Vaughan’s striking jacket and richly worked black and white illustrations for P H Newby’s children’s book, The Spirit of Jem (1947). I’d never heard of the book, and the accompanying plot synopsis was hard to follow, but Vaughan’s moody and angular figures are so compelling that it doesn’t matter.

In the 1940s, Vaughan shared a house with John Minton (1917–57), whose work is beautifully showcased in this exhibition. There are eight lovely illustrations from Time Was Away, a 1948 travel guide to Corsica, written by Alan Ross and  illustrated by Minton. With their flat areas of blue, green and yellow, his images of shoreline, lush vegetation and isolated figures really do evoke the heat-baked Mediterranean landscape.

Minton’s endpaper design for a 1947 edition of Robert Louis Stevenson’s Treasure Island is another highlight of Neo-Romantic Book Illustration in Britain. He is also known for designing jackets and providing black and white illustrations for Elizabeth David’s cookery books. A copy of A Book of Mediterranean Food, with Minton’s mouth-wateringly good jacket, is on display here.

This exhibition has arrived at just the right time for me. At Christmas I got a copy of Martin Salisbury’s The Illustrated Dust Jacket 1920-1970, which features several of these illustrators in this exhibition, including Barnett Freedman (1901–1958), who, like Minton, died too young.

You won’t see the best of Freedman’s book jacket work here, but the illustration (below) for a cheese brochure by the Milk Marketing Board perfectly captures the timeless beauty of the English landscape. 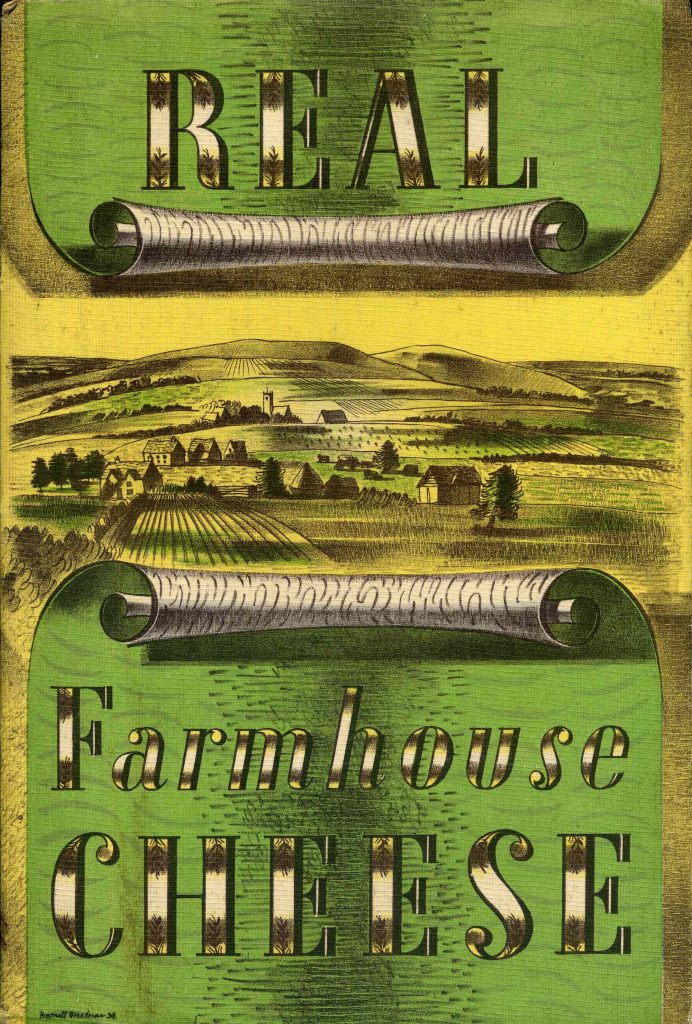 Barnett Freedman’s front cover illustration for Real Farmhouse Cheese, published in 1949 by the Milk Marketing Board.

I also loved Eric Fraser’s jacket design for Short Lease, a now obscure 1950 novel by Vicky Lancaster. You can see both the illustration and the finished jacket, though it would have been better if they were displayed closer together. I’ve no idea what the story is about, but Fraser’s rendition of the mansion, enveloped in trees and overlooked by a guardian angel (?) is superb.

I don’t know how much illustration work is being commissioned these days for adult fiction. As with magazines, I suspect that photography is now the cheaper and more practical option for most publishers. That is a real loss: great illustration work leaves as indelible an impression as the stories contained within these books.

Neo-Romantic Book Illustration in Britain 1943-1955 is at the Heath Robinson Museum in Pinner from 24 February to 20 May 2018. An exhibition about Edward Bawden opens at the Dulwich Picture Gallery on 23 May. It’s going to be a good spring for lovers of mid-century illustration.