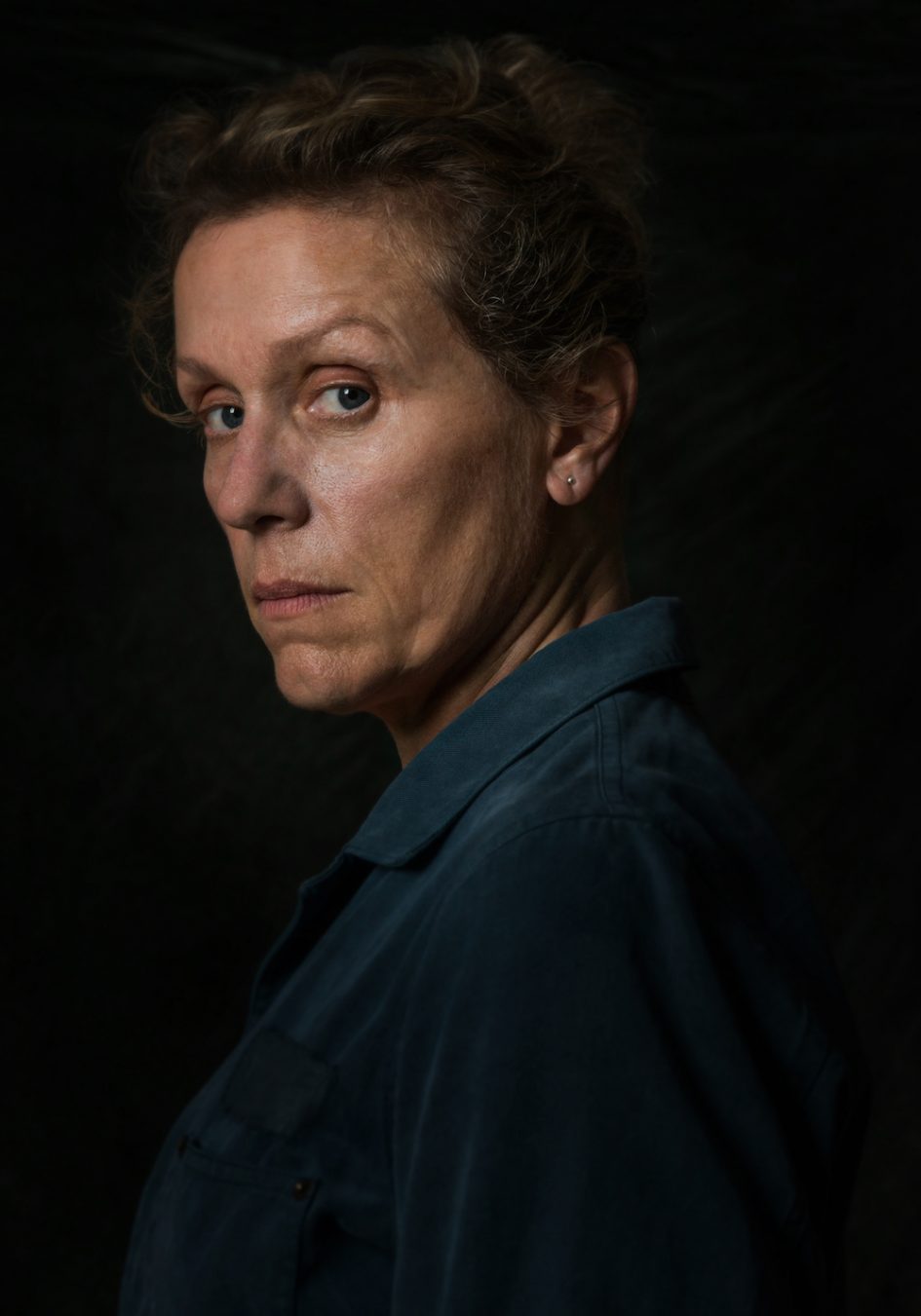 The age of rage: Frances McDormand as Mildred Hayes in Three Billboards Outside Ebbing Missouri 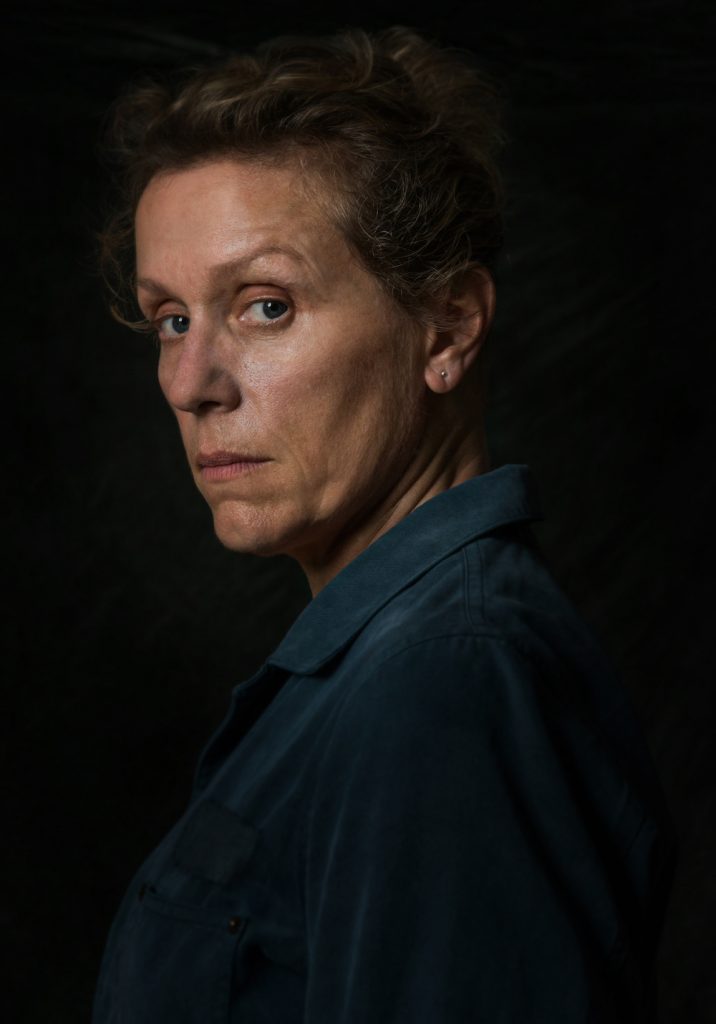 The age of rage: Frances McDormand as Mildred Hayes in Three Billboards
Outside Ebbing, Missouri

Three Billboards Outside Ebbing, Missouri is a Molotov cocktail of a movie, propelled by brilliant performances from Frances McDormand and Sam Rockwell. In a week when the gender pay gap has hit the headlines again, it was cathartic to watch a movie about a woman who embodies the phrase ‘I’m as mad as Hell and I’m not going to take this any more!’*

In the small town of Ebbing, Missouri, grieving mother Mildred Hayes (Frances McDormand) has been waiting seven months for the local police to find the killer of her teenage daughter Angela. She decides to get their attention by renting three huge billboards on the little-used road near her home, where the murder took place.

The messages – ‘Raped While Dying’, ‘And Still No Arrests?’, ‘How Come, Chief Willoughby?’ – are addressed directly to the town’s beloved police chief (played by Woody Harrelson), who has terminal cancer.

But far from attracting sympathy for Mildred’s plight, the billboards seem to make everyone in town really angry. Racist cop Jason Dixon (Sam Rockwell), who still lives with his mom, has a particularly short fuse. This makes him a very dangerous antagonist for Mildred, whose husband has left her (for a 19-year-old) and who has little left to lose apart from the respect of her son Robbie (Lucas Hedges).

It’s fair to say that restraint is not in the DNA of either of these bitter and damaged individuals. Director Martin McDonagh (In Bruges) stages the ensuing mayhem – beatings, arson, defenestration and copious swearing – in a way that undercuts the horror with the blackest of humour.

Huge credit must go to McDonagh, who also wrote the screenplay, for creating the multi-layered role of Mildred Hayes for Frances McDormand. Mildred could have become an entertaining but forgettable caricature, as she lashes out verbally and physically at a priest, her husband, some teenagers and, most memorably, a dentist.

McDormand gives us a fully-rounded character, who is clearly wracked with guilt. A flashback reveals that her final conversation with her daughter ended badly and probably contributed to her horrific death. There’s a surprisingly tender, though slightly implausible, encounter with a young deer that is grazing near the billboards. When a trembling but defiant Mildred confronts a threatening stranger in her shop, McDormand’s eyes register her deep-seated terror. Is this the man who killed her daughter? 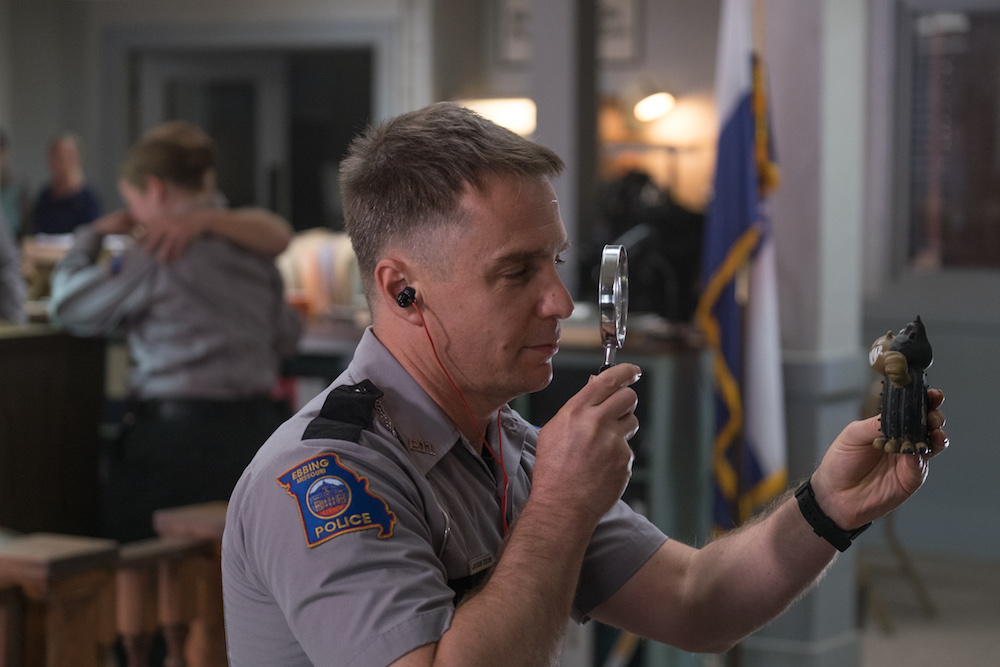 McDormand richly deserves all the praise and awards that will be coming her way this spring. Matching her on this long, scary descent into violence is Sam Rockwell as man-child Jason Dixon. He’s the antithesis of Woody Harrelson’s decent but doomed Willoughby, and for a long time I wanted to see him punished.

Dixon does experience great physical suffering, before emerging as an unlikely hero in the third act. When he pats his sleeping mother on the head or takes a beating to get some evidence, you can (almost) forget his vicious attack on hapless advertising salesman Red Welby (Caleb Landry Jones). Rockwell imbues the battle-scarred Dixon with credibility if not nobility, and he convinces us that this man does have a heart.

With McDormand heading the cast and an excellent score by Carter Burwell, this bloody and subversive tale will, inevitably, attract comparisons with the films of the Coen brothers. I love some of the Coens’ work, but I’ve also found their movies slick, heartless and, in the case of the ghastly Hail, Caesar!, just plain boring.

Three Billboards Outside Ebbing, Missouri does strain credibility at times, particularly the speed at which characters are forgiven for committing appalling acts of violence.

But the one really discordant note here wasn’t the sound of ABBA’s ‘Chiquitita’ playing on Dixon’s headphones but the (mis)casting of Abbie Cornish as Willoughby’s comely wife, Anne. I’m not sure what accent the Australian Cornish was aiming for here, but it sounds as though she needs a new dialect coach.

I hope I’m not going to find out that Woody Harrelson or Sam Rockwell got a bigger paycheck than Frances McDormand for Three Billboards Outside Ebbing, Missouri. That would make me really angry.