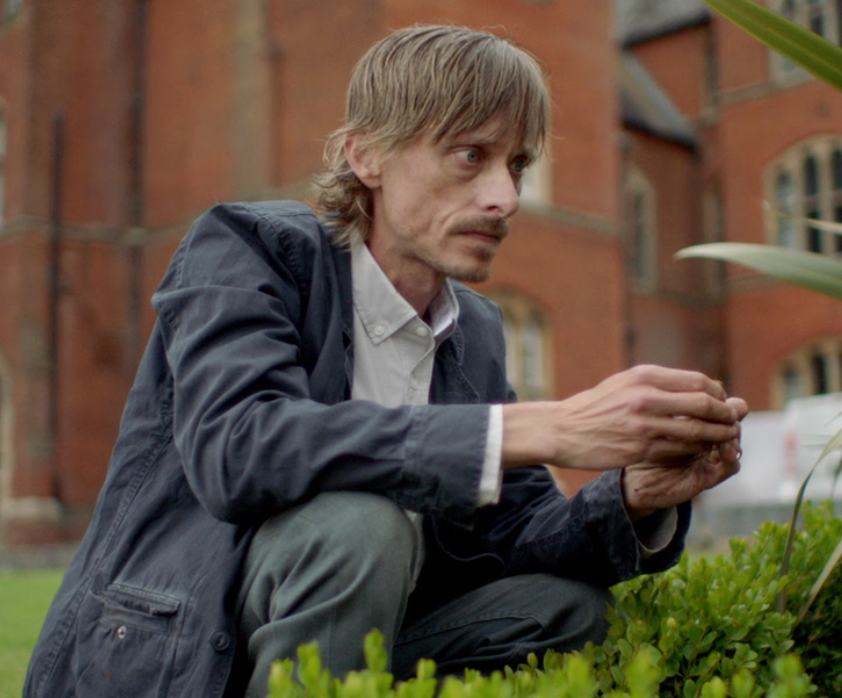 I can’t listen to Simon & Garfunkel without thinking of the ‘lookalike’ duo played by Simon Farnaby and Paul Casar in the BBC4 series Detectorists. The resemblance to the real Paul and Art may be slight, but there’s always time to appreciate the sound of silence (punctuated by birdsong) in this well-observed comedy from writer/director Mackenzie Crook.

The main characters in Detectorists are divorcé Lance (Toby Jones) and his best mate Andy (Mackenzie Crook), who live in the village of Danebury in rural Essex (the series is filmed in Framlingham and Orford in Suffolk). For the uninitiated, metal detectorists are people who spend their time trudging through muddy fields with their hand-held metal detectors, hoping to uncover long-buried treasure. Sadly, our heroes often end up with a jar full of ‘canslaw’ (old ring-pulls from soft drinks cans), which is not the kind of thing that lands you a prime spot in the British Museum.

Lance and Andy are die-hard members of the Danebury Metal Detecting Club (DMDC), a small band of enthusiasts led by ex-copper Terry (Gerard Horan), who divides his time between giving boring talks on buttons and Lindy Hopping the night away with his ditsy wife Sheila (Sophie Thompson). The club’s not-so-friendly rivalry with fellow detectorists ‘Simon & Garfunkel’ is a major element of the storylines, in which they compete to unearth a Saxon hoard or a World War II German bomber.

Metal detecting provides the fun element of this comedy, but when you strip away the techie talk about ‘chatter on the long arm’ and ‘hot rocks and grots’, what you’re left with is a very well-written and surprisingly realistic portrait of two middle-aged hobbyists, who are beset with all the usual work, money and domestic issues.

Andy’s schoolteacher girlfriend Becky (Rachael Stirling) is extremely tolerant, but even she succumbs to jealousy in series one when he is photographed kissing perky new club member Sophie (Aimee-Ffion Edwards). The multi-talented Crook (The Office, Game of Thrones) gives an understated performance as a man who seems too modest and too idealistic to succeed as an archaeologist.

In both series two and three Andy lies to Becky about employment issues because he’s afraid he can’t keep up with her (not unreasonable) desire to explore the world and have a home of their own. It’s typical of Detectorists that the protagonists are often tested and thwarted but rarely humiliated. So when Andy messes things up with Becky, mother-in-law Veronica (played by Stirling’s real-life mum, Diana Rigg) offers wise counsel rather than scorn. 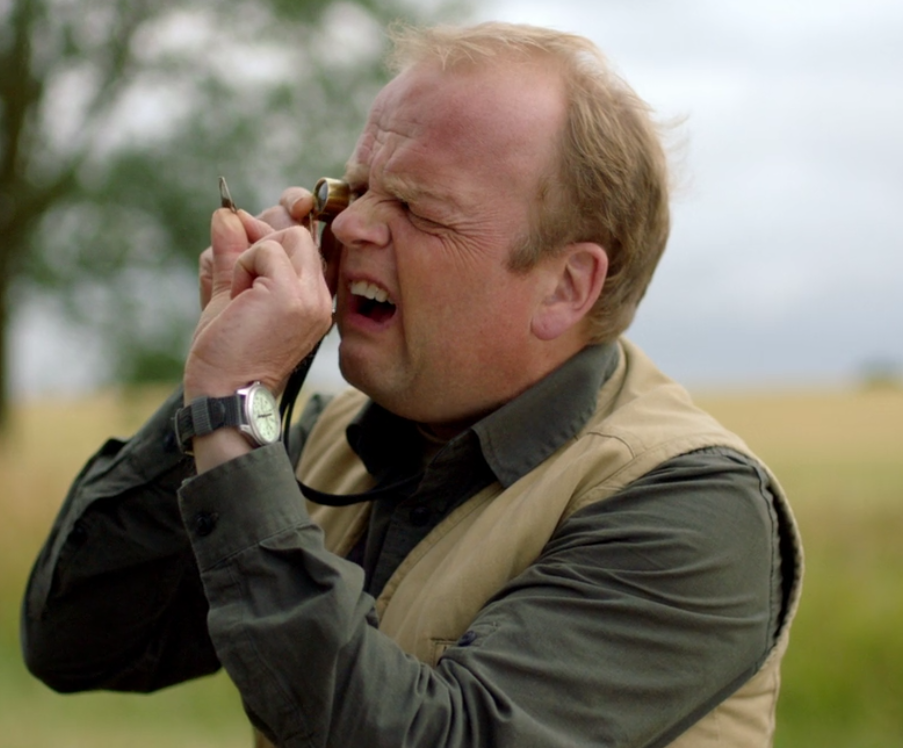 When it comes to ring-pulls Lance (Toby Jones) knows his onions (pic: BBC/Netflix)

Toby Jones gives a standout performance as Lance, who is generous, trusting and loyal to a fault, making him a prime target for his gold-digging ex-wife Maggie (Lucy Benjamin). (She’s not a fellow detectorist, just a failed shop-owner with terrible taste in men.)

Lance has plenty of money and an eye-catching Aztec Yellow TR7, but he finds it hard trying to bond with Kate (Alexa Davies), the grown-up daughter he has only just met. Understandably she is overwhelmed at being presented with 20 years’ worth of birthday and Christmas presents all at once.

The scene in which Lance rehearses conversational gambits in his bathroom mirror before meeting up with Kate would be outstanding in any drama series, let-alone a half-hour comedy show. ‘Did you know 90 per cent of onions are consumed in their country of origin? … There’s hardly any international trade in onions.’

The strength of Detectorists lies in its writing, performances and the appealingly bucolic setting. This show is the total antithesis of edgy urban comedy and, despite the presence of mobile phones, it feels as though it could have been made in the 1970s.

There have been plenty of comedies about male friendships, exploring the many ways in which blokes screw up their relationships, prioritise hobbies over work and generally fail to behave like fully-functioning adults. I’ve enjoyed watching The IT Crowd, Silicon Valley, Seinfeld and Curb Your Enthusiasm, but none of these shows feel grounded in reality to the same degree as Detectorists.

I’m sure I would enjoy playing a game of KerPlunk with Andy and Lance or chewing over the latest instalment of University Challenge because they seem like good guys.

The third and final series of Detectorists is currently showing on BBC4. I’ll be sad to see Andy, Lance and the rest of the DMDC disappear off into the sunset, but all good things must come to an end.

As Terry would say, ‘Get your coils to the soil!’ and watch this brilliant comedy while you can.