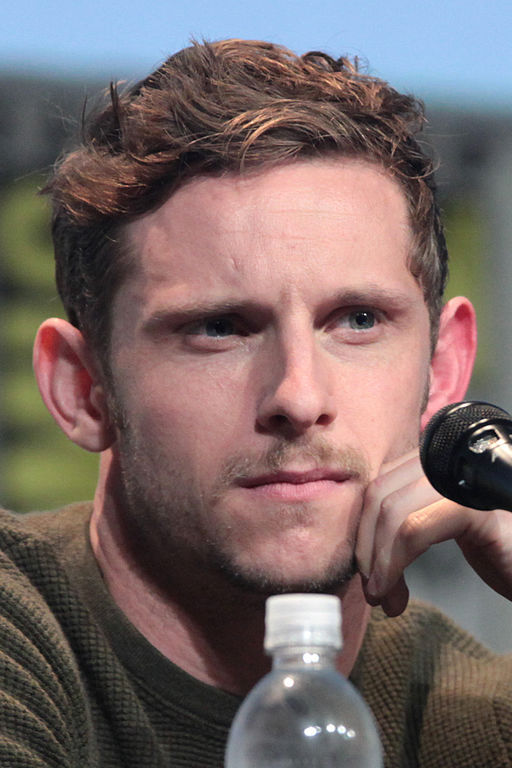 Film Stars Don’t Die in Liverpool is the film adaptation of a memoir by English actor Peter Turner about his two-year affair with veteran Hollywood actress Gloria Grahame. This movie, which stars a luminous Annette Bening opposite the excellent Jamie Bell, is very well acted. But it’s not going to rank alongside a couple of Gloria’s 1950s’ movies – The Bad and the Beautiful and In a Lonely Place – on my list of all-time favourites.

The story begins in 1981, with Gloria preparing in her dressing room before a performance of Tennessee Williams’ The Glass Menagerie in Lancaster. Suddenly she collapses on the floor, possibly as a result of over-exposure to Elton John’s horribly mawkish Song for Guy, which has been assaulting her eardrums (and ours) for several minutes.

In her hour of need, Gloria turns to her ex-lover Peter Turner (Jamie Bell) and his family of cheery, salt-of-the-earth Scousers: Dad Joe (Kenneth Cranham), Mum Bella (Julie Walters) and brother Joe Jr (Stephen Graham). Though Gloria gets a warm welcome, her presence causes tension in the family, as it becomes painfully obvious that what ails her is much more serious than the ‘gas’ she has been complaining about. Peter, who is fiercely protective of ‘Glo’ and her privacy, refuses to allow anyone to contact her family.

As Gloria lies ill in Liverpool, director Paul McGuigan’s film begins a series of flashbacks to her friendship and affair with Peter. They first meet in 1979, when they’re both renting rooms in Primrose Hill (less gentrified than it is today). He’s a jobbing actor in his late twenties, who is flattered to be her dance partner as they do the Hustle and talk about Saturday Night Fever. Jamie Bell throws his best moves here since his Billy Elliot days and Bening’s Gloria is vibrant, sexy and seemingly uninhibited, despite the age gap of nearly 30 years.

That first transition from the terraced house in Liverpool to the one in London is smoothly handled by McGuigan. But as the film and the relationship progress, I found some of the flashbacks a bit jarring. Peter visits Gloria in LA, and the sequence where they’re driving along the coast seems deliberately to emphasise the back projection – like a scene from an old Hollywood movie. Perhaps that’s because the story is, for the most part, being told from Peter’s point of view. He is dazzled by Gloria and by California, even though her small beach house is a long way from the grandeur of the days when she lived next door to Humphrey Bogart and Lauren Bacall.

The LA sequence is significant because we learn something of Gloria’s dark past. Her mum (played by Vanessa Redgrave) and waspish sister Joy (Frances Barber) come for dinner and secrets are revealed about Gloria’s scandalous relationship with her teenage stepson Tony Ray (they later married). Gloria and Peter confess to each other that they have had same-sex relationships in the past.

Film Stars Don’t Die in Liverpool is not a conventional biopic, so it doesn’t delve any further into Gloria Grahame’s past. Peter picks up a few hints about the extent of her fame from talking to his parents and a pub landlord. But the emphasis is mainly on her final illness and on her desperate attempts to hide the fact that she has cancer. This leads to the most awkward section of the film, when McGuigan shows us two perspectives on the row in New York that led the couple to split up. Peter is baffled by her secretive and stand-offish behaviour, but I don’t think the audience really needs to see her spying on his phone call to understand what has happened.

Annette Bening wisely doesn’t attempt to imitate Gloria Grahame’s distinctive lisp. What she does capture, brilliantly, are Gloria’s physical and emotional frailties and her constant need for reassurance about her looks. Peter’s obvious surprise that she dreams of playing Shakespeare’s Juliet sparks one of their biggest arguments. It highlights the fact that Peter acts as a mirror in their relationship, allowing Gloria to see herself as youthful and desirable. This is a film with many mirror sequences – starting with the opening scene in which Gloria goes through her vocal warm-up routine – but it is Peter’s adoring gaze that really sustains her.

McGuigan and screenwriter Matt Greenhalgh narrowly avoid making the Liverpool scenes seem like a throwback to Carla Lane’s sitcom Bread. Other than a subplot about their impending trip to Australia (via Manila), Julie Walters and Kenneth Cranham are underused here, while poor Stephen Graham is saddled with a horrible 80s perm. Rather than explore those family relationships, Film Stars Don’t Die in Liverpool focuses on Peter’s memories and Gloria’s decline. This makes the second half of the film feel rather laboured.

Annette Bening will be a strong contender for the best actress award at the 2018 Oscars, just as Michelle Williams was when she played Marilyn Monroe in My Week with Marilyn. Both films belong to a subcategory of the Hollywood biopic, in which screen goddesses are seen through the eyes of callow Englishmen.

A much better way to learn about these actresses is to explore their back catalogues. After Film Stars Don’t Die in Liverpool I recommend you watch the heartbreaking and suspenseful In a Lonely Place, in which Gloria Grahame stars opposite Humphrey Bogart.