The day I met Barry Norman 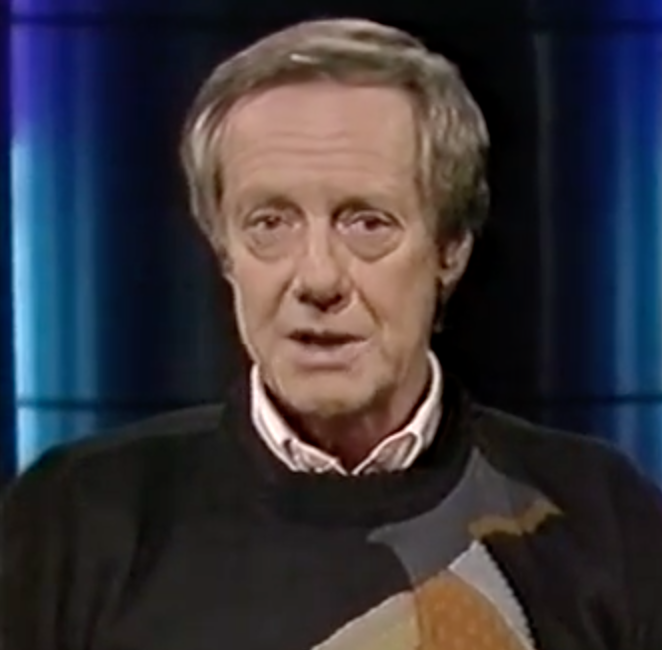 Barry Norman models one of his much-admired jumpers

Barry Norman models one of his much-admired jumpers

When I was growing up I used to tell people that my career ambition was to be Barry Norman. At the time, I was a teenage pupil at a north London school for girls; Barry Norman, who died yesterday aged 83, was the middle-aged journalist who presented the BBC’s flagship film programme. Obviously we had a lot in common.

From 1972-1998 Barry Norman occupied the presenter’s chair on BBC1’s weekly Film. He interviewed all the big stars of the day and was so famous that Spitting Image turned him into a puppet and gave him a catchphrase – ‘And why not?’ – that he never actually used.

My parents hoped I would grow up and discover a more suitable and realistic profession – law, teaching or “a nice job in publishing”. Well I did study law (without much enthusiasm) and I did land that elusive job in book publishing, but it didn’t pay very well.

I still enjoyed watching movies, but for a few years I forgot all about Barry Norman. Then, in 1999, I got a job on the Radio Times Guide to Films, which led to regular work as a sub-editor on Radio Times magazine.

At that time, Barry was writing a weekly column in the Films section, where he profiled actors and actresses who were on TV that week. Sadly, from his point of view, the names were often a lot more obscure than the Hollywood Greats he had interviewed in the 70s and 80s.

Barry was known to be fussy about having his copy changed by over-zealous Radio Times sub-editors, who had nothing better to do than nitpick over the placement of commas. The word went out that Barry Norman’s sentences were sacrosanct, and that he would write and complain if he noticed that “mice had been nibbling his copy”.

One day I was asked to phone Barry at home to give him the topic for next week’s column. This was terrifying. Though I’d occasionally answered the phone when he rang to speak to my boss, a commissioning call involved having to identify myself to the great man.

Barry Norman was famous as a film journalist, but he also loved watching and writing about cricket. So I used sport as an ice-breaker whenever I was asked to contact him. I could always take his mind off the prospect of Katie Holmes (hardly a worthy subject for Barry’s pen) by mentioning Kevin Pietersen’s latest switch-hit controversy or England’s spin-bowling options.

In December 2008 Radio Times decided to mark 20 years of the Barry Norman film column by taking him and his wife, Diana Norman, out to lunch in Kensington. As members of the Film Unit we were all invited to attend, but we were under strict instructions not to order more than two courses. Call it an “austerity lunch”.

It was a small party of about 12 people, and Barry Norman was seated directly opposite me. He was cheerful and smartly dressed, though he had acquired a few more wrinkles and grey hairs since his 70s heyday. We swapped opinions about cricket, football (Barry was an ardent Spurs fan and I support Chelsea) and TV.

If you are ever lucky enough to meet your idol, you hope that it won’t be a let-down. I don’t remember much about the food that day, but Barry ordered a gin-flavoured dessert and was charm itself. Although I enjoyed talking to him, I wish I’d got his autograph, grabbed a selfie or even some pointers about being a critic.

A few months after that lunch I left Radio Times. A couple of years later I started writing my own online film reviews. You can read some of them here.

I didn’t get paid for writing any of those reviews or become a household name. I did realise that Barry and I shared an aversion to having our copy altered by other people.

In recent years I’ve been watching fewer new movies and I haven’t written a review for a while. Next time I do, I’ll try to honour the legacy of Barry Norman as a film writer and pundit: strong opinions, delivered with a dry humour and punctuated with great care.