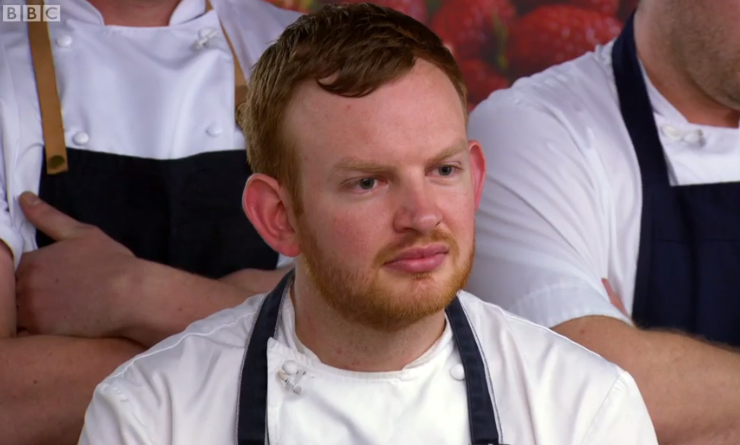 Marked down: Mark Abbott fails to please the judges

Last night, finals week of Great British Menu turned into Great British Blacksmith, as one of the contestants found a novel way secure his fish course to the serving board. North East regional champion chef Tommy “grow your own” Banks banged a blacksmith’s nail into his pickled mackerel kebab with fermented cabbage. It made the judges giddy with pleasure and was a dagger through the heart of his fellow chefs.

This is the 11th series of Great British Menu, a testosterone-fuelled contest in which top chefs from around the UK compete to get their dishes onto the menu of “the ultimate” four-course banquet. This year they’re honouring Great Britons during the reign of Queen Elizabeth II. Past banquets have referenced D-Day, the Olympics and the Women’s Institute, while the venues (St Paul’s, the Palace of Westminster and the Royal Albert Hall) can usually be prefaced by the word iconic. 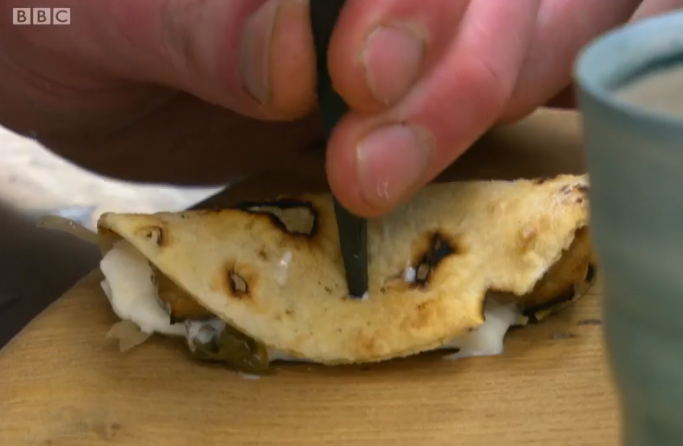 I don’t usually watch cookery programmes but there’s something about Great British Menu that makes it even more unmissable than a showdown between Monica Galetti and a ham-fisted chef attempting to de-bone a pig’s trotter. That’s because this show encourages wild flights of culinary fancy and unrestrained showmanship from its almost exclusively male roster of ultra-competitive chefs.

Of course Great British Menu is packed with household names – Angela Hartnett, Daniel Clifford and Tom Aikens have all been guest judges during this year’s regional heats. But the chefs are constantly reminded that it’s not enough to be a dab hand with the sous-vide, blowtorch or liquid nitrogen. You have to tell a story to get your dish to the banquet.

Of course, thinking outside the box means that no self-respecting chef on Great British Menu would serve food on a regular white plate. Last night the modest Scottish chef Michael Bremner presented his fish course (“A Message to the Lode Star”) of cured mackerel, clam and cooked oyster in half a glass bottle.

This was pretty restrained stuff compared with the showstopping and tear-jerking dessert “My Great Briton” produced by Tommy Banks in his heat. As mist enveloped his bonsai fir, Tommy played a recording of his (deceased) grandfather, who used to look after the Kilburn White Horse in North Yorkshire. 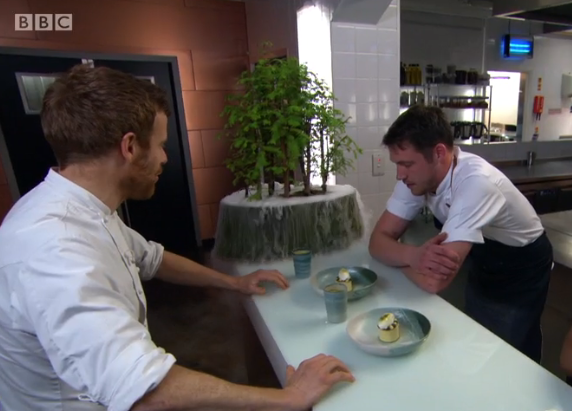 Apart from excessive sentimentality, Tommy’s dish also threw in parfait, sherbet, vodka and a whole lot of Douglas fir. I’ve no idea what the latter tastes like, but it sounds even less appetising than a quenelle of ewe’s milk yogurt sorbet. 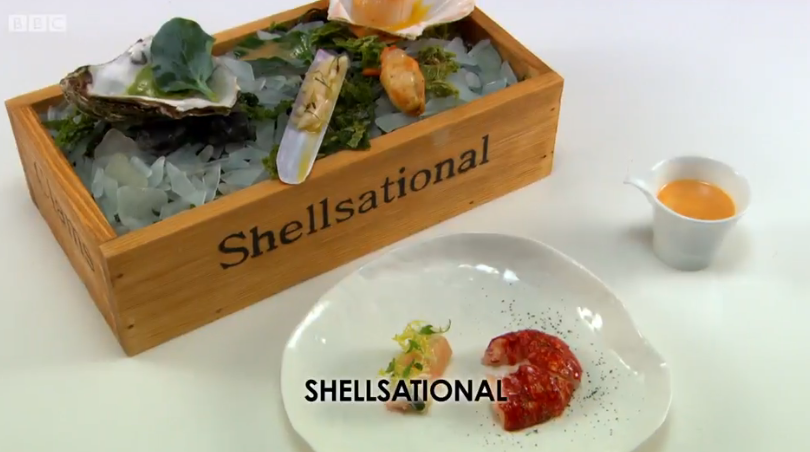 An angry Prue declared Mark’s oversmoked lobster tail “almost inedible”, while Matthew rued the fact that the dish was “not as good as it was last time”.

I’ve no idea what grated yuzu tastes like, but I can tell you that Mark Abbott refused to eat humble pie after he was ranked seventh (out of eight) for his fish course. The problem ingredient here wasn’t the (new) wasabi and lime dressing on the oyster but an excess of hubris.