Divorce is no laughing matter 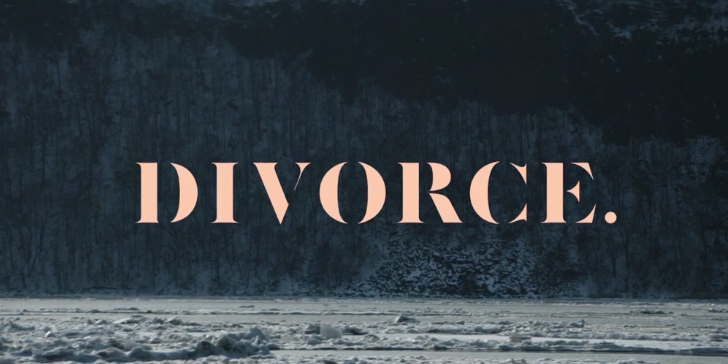 Sky claims its new HBO comedy Divorce is “following the slow unwinding of a marriage”. But the pilot episode seemed to be heading in the direction of a shotgun divorce for Frances (Sarah Jessica Parker) and Robert (Thomas Haden Church), during a crazy and chaotic 50th birthday party.

I’ve sat through plenty of pilot episodes without laughing once, so I must give credit to writer Sharon Horgan and the fabulously deadpan Haden Church for raising a chuckle within the first 60 seconds. It may only be toilet humour, but Robert’s solution to his locked out of the loo crisis (what was in that coffee can?) was an incident that could have come straight out of Peep Show.

Getting “equal bathroom time” turns out to be the least of Robert’s problems, when he narrowly avoids being hit in the face by a stray bullet fired by drunken hostess Diane (Molly Shannon) during her birthday meltdown. Then we learn that the bored and unhappy Frances has been having an affair with Julian (Jemaine Clement), who proves to be less than enthusiastic about dragging their illicit relationship out into the open.

If Seinfeld was (famously) a “comedy about nothing”, then the same could not be said after an incident-packed half hour of Divorce. The cuckolded Robert eventually learns of Frances’s infidelity and the episode ends with him locking her out of the family home. Incensed by her betrayal he promises to “make her miserable”, and in a barnstorming speech labels her the “Jesse James” of their sorry matrimonial tale. “I get to be Sandra Bullock and I get to rise from the ashes of humiliation and win a f*****g Academy Award.” 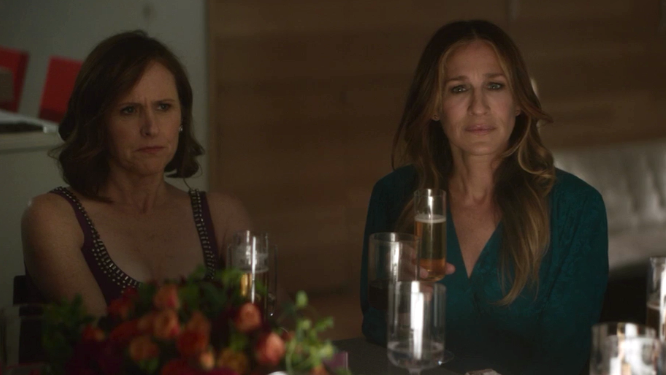 Not seeing the funny side: Molly Shannon and Sarah Jessica Parker in Divorce (pic Sky/HBO)

Divorce is written by Sharon Horgan (Pulling, Catastrophe) and is Parker’s first starring role on TV since she parked Carrie Bradshaw’s Manolos at the end of Sex and the City. So what’s changed? Well she’s still looking great, playing another middle-aged woman with man troubles, and (like Carrie) Frances gets to discuss her sex life in graphically frank terms with her gal pals.

I could never make up my mind whether I liked Carrie (or Parker) in Sex and the City. I was more of a Samantha fan. I feel similarly ambivalent about Divorce. It’s skilfully plotted, well acted and has some good lines (“I’d offer you some wine but I think Diane’s already sucked most of it up.”), but I found most of the characters here obnoxious. I would happily have put a bullet through Julian and all the guests at Diane’s soirée, which took place in yet another of those TV homes that looks as though it’s been lifted from the pages of Architectural Digest. (At least Carrie Bradshaw’s Manhattan pad was the size of a broom cupboard.)

The antiheroes of Peep Show and the relentlessly selfish quartet in Seinfeld prove that characters in TV comedy can behave deplorably and stupidly and still be funny, appealing and compelling to watch. When they’re just cutting, cruel and relentlessly foul-mouthed — as is the case with Frances and her friends — it soon becomes a turn-off. On the basis of this pilot episode I didn’t feel the pain – or the humour – of middle-class couples whingeing their way towards divorce.

For the pedants out there, it should be noted that Divorce has a (significant) full stop after it in the show’s opening titles. Time will tell whether it also marks the end of my interest in Divorce.