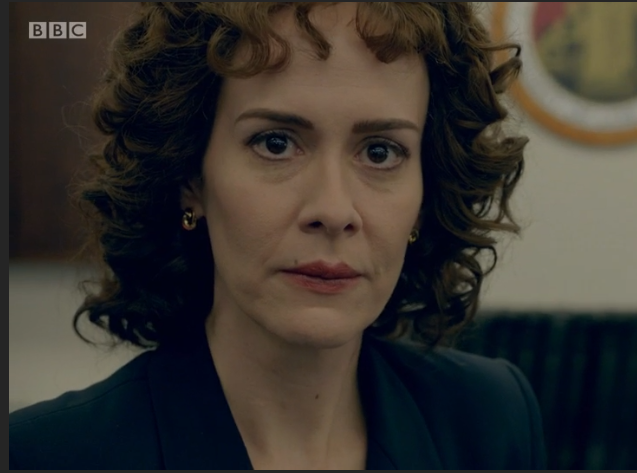 Something to smile about?

After four episodes, The People v OJ Simpson: American Crime Story seems to be distinctly lacking in gravitas. I love TV legal dramas, but I would have expected a real-life story about a horrific double murder to be a bit more Law & Order and a lot less tongue in cheek in its approach.

One obvious problem has been an overemphasis on the Kardashian family’s role in the downfall of O. J. – known as “Juice” to his adoring friend Robert Kardashian (David Schwimmer). The opening of episode 3 (“The Dream Team”), in which super-earnest lawyer Bob tries to instil the right values into his nauseating brood was beyond parody: “We are Kardashians, and in this family being a good person and a loyal friend is more important than being famous.” Try telling that to Kim Kardashian’s 41.8 million Twitter followers.

Despite Kardashian’s touching homily about the importance of “a virtuous heart”, there hasn’t been much virtue on display in this tawdry story so far. Whatever the verdict of his criminal trial, everyone knows that O.J. Simpson turned out not to be an American hero but a vicious felon. (He’s currently serving time for kidnapping and armed robbery.) As played by Cuba Gooding Jr., “Juice” is proving to be unworthy of the loyalty of LA’s African-American community, who view him as another innocent black man who’s being persecuted by a racist police department.

Strident prosecutor Marcia Clark (Sarah Paulson) isn’t very admirable either. Far from dazzling us with her legal or prosecutorial abilities, all she’s done is smoke loads of cigarettes (well this is the mid-90s) and demonstrate a startling lack of self-awareness about her image amongst the key demographic of potential jurors.

In “100% Not Guilty”, the 100 percent entertaining episode 4, poor Marcia has to face up to the unpalatable truth that “Black women don’t like you”. (They think she’s a total bitch.) Her response is to dismiss the research data as “horseshit”. Perhaps Marcia Clark could get some tips on how to be popular from the young Kim Kardashian.

Even funnier than Marcia’s humiliation were the antics of Simpson’s “dream team” of defence lawyers, led by the bombastic Robert Shapiro (a jowly John Travolta). Shapiro knows his client is guilty, so his defence is all about attacking the LAPD and trying to settle the case before it comes to trial.

Travolta’s facial contortions are hilarious (those bushy eyebrows really deserve their own mini-series), but in episode 4 he is outmaneuvered by the wily veteran F. Lee Bailey (Nathan Lane), who thinks the calm, authoritative, black attorney Johnnie Cochran (Courtney B Vance) is the man to defend Simpson. Also, Bailey is mighty pissed off about being asked to work for nothing. 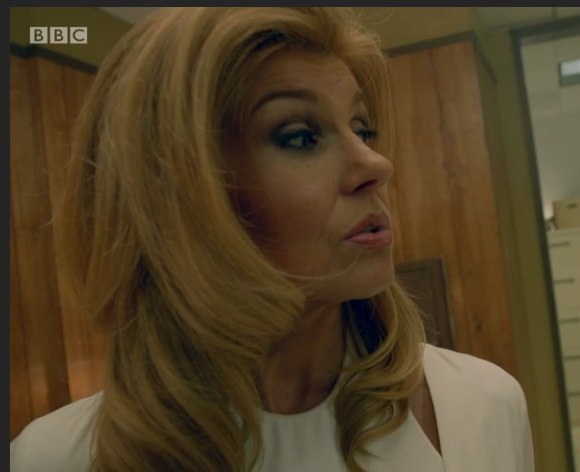 The highlight of the series so far was the appearance of the ghastly Faye Resnick (brilliantly played by Nashville star Connie Britton). “There’s no good time to find out your best friend has been murdered, but particularly not three days into cocaine treatment.”

Faye has a story to tell about partying, cocaine, breast implants and sexual peccadilloes that will sully the reputation of murder victim Nicole Brown Simpson and make those publishing guys very happy.

I smiled at the coke-addled Faye’s TV interview, in which she sincerely hopes that her trashy book will actually help victims of domestic violence. But I also felt bad that the horror of Nicole Brown Simpson’s fate was being sidelined at the expense of cheap laughs.

The People v OJ Simpson: American Crime Story is so busy nudging you in the ribs and pointing out how ridiculous and self-serving the protagonists are, that any genuinely serious moments are undermined. Take the scene in “100% Not Guilty” in which Marcia Clark comes face to face with murder victim Ron Goldman’s grieving and outraged family. “It’s like Ron is a footnote to his own murder!” wails Fred Goldman (overplayed here by Joseph Siravo). He’s right, and this shallow, exploitative TV series isn’t going to redress the balance.

With 6 episodes to go, there’s still a chance that The People v OJ Simpson: American Crime Story might stop kissing up to the Kardashians and get serious about bloody murders, racial prejudice and incompetence amongst LA’s law enforcers. On the evidence so far, I wouldn’t bet on it.