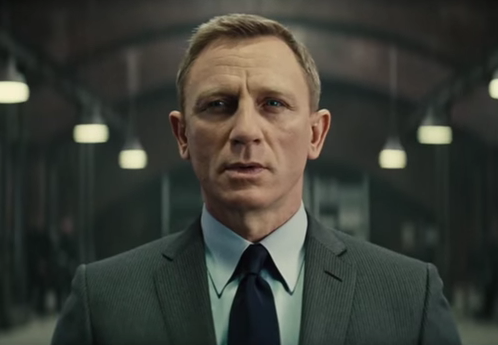 All doom and gloom? Daniel Craig as James Bond

All doom and gloom? Daniel Craig as James Bond

If we’re going to do our navel-gazing through the prism of the James Bond movies we really are in trouble.

Well played, Ben Stokes. Just three days into this wind-blasted and waterlogged new year, the England all-rounder smashed 258 runs off 198 balls against South Africa in the Second Test in Cape Town. Ben’s “Big Bash” – the second fastest double century in the history of test cricket – helped England to a total of 629 for six, left South Africa reeling and temporarily banished those January blues. ESPNcricinfo’s David Hopps wrote this was “a feat to stir the youthful, cheer the sick and bring reveries from the old”.

News of Stokes’s prodigious innings left me feeling giddy with excitement and optimistic about the future of England cricket. It lifted me out of the New Year hangover I’d been suffering since I read “Where’s the joy gone?”, a doom-laden and half-arsed article in The Spectator by James Bartholomew.

According to this piece, the lack of “joie de vivre” in the latest James Bond film, Spectre, is a reflection of our joyless national psyche. Apparently it’s been downhill all the way since we swapped the “humorous and amorous” Sean Connery of From Russia with Love (1963) for the muscle-bound “android” 007 of the Daniel Craig years.

Is this a joke? If we’re going to do our navel-gazing through the prism of the James Bond movies we really are in trouble. Cruelty, misogyny and cynicism have always been the stock-in-trade of the Bond movies. What I remember about From Russia with Love is Connery’s Bond slapping Tatiana (Daniela Bianchi) in the face. I guess one man’s suave ladykiller is another woman’s sexist, misogynist dinosaur.

Bartholomew laments that Britain today is a grim and miserable place, where many of us spend too much time watching TV alone and what we do watch lacks the “anarchic and cheerful” qualities of old favourites like Morecambe and Wise. (He seems blissfully unaware that Morecambe and Wise were on again over Christmas, along with other sunshiney favourites from the 70s, like the Two Ronnies.)

The author blames this unhappy state of “new grimness” on “angry illiberal liberals”, who are stifling our free speech with their poisonous brand of 21st-century puritanism. Life really was much cheerier after the Second World War, when people felt greatful just to be alive and were happy that rich people had all the good stuff. These simple souls didn’t waste their hard-won freedom bitching about broadband speeds and wringing their hands over delays to the new Game of Thrones novel.

The liberal-bashing theme continues on the next page, as the splenetic Rod Liddle spends a great deal of time trying to answer the question “Why are liberals morons?”. I think we can safely say that satire is alive and well in the pages of this august publication.

As for who is to blame for sucking the joy out of this country, you can take your pick between the sanctimonious, Corbyn-hating lefties at The Guardian and their even more vicious, rabble-rousing counterparts at The Mail and The Telegraph.

Instead of giving up alcohol or chocolate, I’ve decided to make this a news-free January. I’ll be less well-informed, but I’ll feel more light-hearted without the spectre of terrorism, economic collapse and global climate change hanging over me 24/7.

I’ll still be keeping an eye on the cricket score.