From Borgen to Barcelona: the BFI London Film Festival 2014 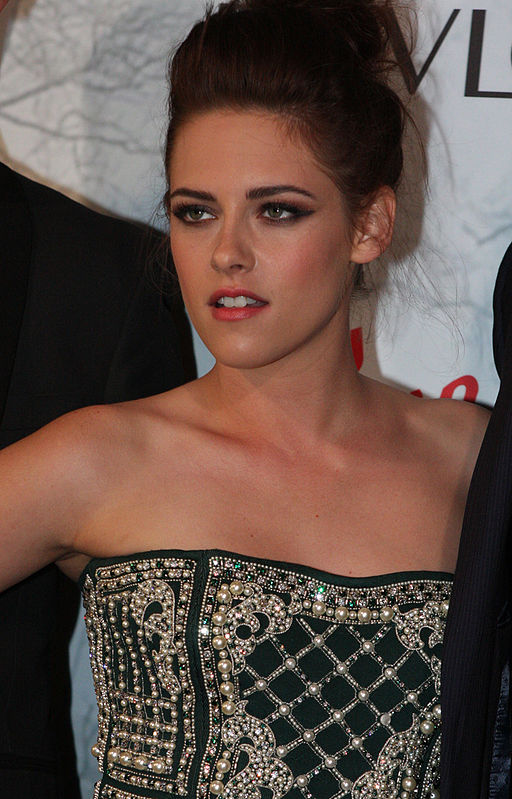 From Twilight to the glare of Camp X-Ray: Kristen Stewart (Pic. Eva Rinaldi)

After a three-year break, I found time last weekend to attend the BFI London Film Festival 2014. Thanks to a generous friend who was prepared to endure the eccentricities of the LFF online booking system, I managed to fit in four films in three days.

Watching new films in a Film Festival environment is a completely different experience from turning up at your local multiplex or even a Curzon and enduring a couple of hours in the company of the popcorn-munching, FaceBooking masses. (Who are these morons who refuse to switch off their phones for the short time required to watch a film?)

Film Festival attendees don’t have sit through up to half an hour’s worth of adverts and trailers before the film starts. Instead, there’s a live introduction from one of the Festival programmers and sometimes a cameo appearance from one of the film’s stars (see below). At the end, there’s often a Q&A session with the director. Three of the four films I saw this year offered this “bonus” feature.

In previous years I have churned out full-length film reviews for websites that didn’t pay me anything. I won’t be doing that again. Instead, in a nod to the wise creator of Paragraph Film Reviews, here are some brief reflections on what I saw at the BFI London Film Festival 2014.

Knudsen plays Cynthia, the cool, immaculately dressed employer who puts her younger “maid” Evelyn (Chiara D’Anna) through her paces with a mixture of contempt and boredom. From turning up late at the door of the amateur entomologist’s ivy-encrusted mansion, to sitting down without being invited and then failing to wash her employer’s silk undies properly, poor Evelyn just can’t avoid punishment.

Appearances are deceptive: their rather stilted interactions are elaborate role-playing (complete with hand-written cue cards) at the heart of a sadomasochistic relationship. Soft-focus photography, sly humour and a surprising lack of nudity make the specifics of their games seem less salacious – though I’m glad we never found out more about that much-vaunted “human toilet”.

The Duke of Burgundy is essentially a two-hander that relies on the charisma and the chemistry of its two stars to overcome the fact that both the characters and the setting of the story remain an enigma. Cynthia’s increasing physical and psychological frailties – her struggles to satisfy her younger lover’s demands – add emotional weight to what might have been a cold, stylised drama.

Viewers who entertained fantasies about seeing Prime Minister Birgitte Nyborg in silk lingerie will not be disappointed. Far more revealing is what Sidse Babett Knudsen’s affecting performance reveals about the universal fear of growing old.

I have given the Twilight films wide berth, but Peter Sattler’s Guantanamo Bay-set prison drama, Camp X-Ray, shows Kristen Stewart in a whole new light. She brings a convincing mixture of steeliness and vulnerability to her role as Amy Cole, a soldier charged with babysitting detainees at the controversial facility. In her relationship with long-term inmate Ali (Peyman Moaadi), Cole begins to question the morality of this system of internment without trial.

Peter Sattler wisely concentrates on the human elements of the drama rather than railing against the shortcomings of America’s human rights record. (The opening scenes in which the orange-suited Ali is bundled into a cage, bleeding and utterly dehumanised, speak for themselves.) The later confrontations between guard and inmate that take place around Ali’s cell door are some of the most nerve-shredding I’ve seen for years.

If you’re not moved to tears of rage by the plight of the Harry Potter-loving Ali, then perhaps you should just stick to watching vapid teenage vampire flicks.

The BFI London Film Festival programme gives all the films a positive write-up, and never more so than in the case of “visionary director Rolf de Heer’s Australian-set drama. David Gulpilil won Best Actor at this year’s Cannes Film Festival for his powerful performance as Charlie, an ageing Native Australian who finds himself on the wrong side of the white man’s draconian laws in the post-“intervention” era. Broke, hungry and shorn of his weapons, Charlie takes off into the Outback to reclaim his freedom, but ends up desperately ill and then incarcerated.

As you’d expect, Charlie’s Country is primarily a showcase for the talents of the veteran Gulpilil, a star of Australian cinema since 1971’s Walkabout. It is his face and personality that dominate every scene in this gruelling and often slow-moving story. There are lighter moments here – notably Charlie’s ill-fated buffalo hunting trip and the way de Heer emphasises the colour and quantity of prison food as it’s doled out.

I can’t say that really enjoyed Charlie’s Country, but I did learn something about the discriminatory and (frankly) infantilizing measures taken by the Australian Government in 2007 against Aboriginal communities in the Northern Territory.

I wasn’t convinced that a long-distance love story conducted mainly through Skype would make for compelling cinema, but writer/director Carlos Marques-Marcet has pulled it off. That’s largely down to his two very sexy, intelligent and appealing actors – David Verdaguer as teacher Sergi and Natalia Tena as his photographer girlfriend Alex.

Despite the physical confines of the plot – the characters are seen on-screen only in their respective apartments – Marques-Marcet keeps the pace brisk as we chart the elapsing days over their 12-month separation. He trusts the viewer to fill in the blanks, as when Alex shuts her screen during an online sex session or when Sergi’s one-night stand is heard showering but never glimpsed or mentioned.

Regardless of technology, a love story stands or falls on whether you care about the fate of the couple. I would happily spend another 100 minutes Skyping with this pair.