A pulsating jazz score accompanies shots of a police car speeding through urban streets at night. Hell is a City brassily announces itself as a classic slice of 50s Hollywood film noir, but this co-production from the legendary Hammer Studios turns out to be something rather different. The city here is Manchester — not LA or New York — and the star isn’t Bogart or Mitchum but Stanley Baker, the charismatic Welsh actor who turned down the role of James Bond.

The location may be unfamiliar, but writer/director Val Guest (The Quatermass Xperiment) wastes no time establishing what makes his protagonists tick. En route to the pub, Inspector Harry Martineau (Baker) pores over yet another newspaper report about recently escaped convict Don Starling (John Crawford), who was serving 14 years for a jewellery heist. While speculating on Starling’s current whereabouts, he blithely dispenses relationship advice to his young colleague.

In another part of the city, Starling makes plans for his getaway by putting the squeeze on his former partners in crime. “Keep moving, that’s my motto,” he explains, pretty much summing up the action for next 90 minutes. His dash for cash leads to the audacious robbery of bookie Donald Pleasence’s assistant, and quickly escalates into abduction and murder.

Hell is a City uses effective location photography — from drab terraces to bleak moorland roads — as the backdrop to what could have been just another routine crime flick. You can almost smell the mixture of cordite and sweat in the climactic rooftop encounter between Martineau and his quarry. The sense of realism is heightened by a gallery of memorable characters and moments of violence that seem shocking even by today’s standards. Guest certainly doesn’t pull any punches in the scene where Starling thumps a terrified Chloe Hawkins (played by Billie Whitelaw) and then rips her nightdress. It didn’t rate an X-certificate back in 1960, but it’s not pretty to watch.

Crawford’s bristling intensity and fondness for issuing threats is well matched by Baker’s understated toughness as his dogged pursuer. With his dry humour and refusal to take himself too seriously — “I’m a bit of square” — Martineau is also irresistible to the ladies. It’s his pithy exchanges with nagging wife Julia (Maxine Audley) and brassy barmaid Lucky Lusk (Vanda Godsell) that make Hell is a City an intriguing blend of hard-hitting crime and kitchen-sink drama. It isn’t just the brief glimpse of Coronation Street legend Doris Speed that reminded me of the era of classic Granada TV and a tradition of formidable women who always want the last word.

Women do get a rough ride in this film — from the bookie’s girl who’s coolly despatched in the back of a speeding car, to Whitelaw’s feckless wife who plays a high price for harbouring a career criminal in her attic. So it seemed gratuitous for Starling’s reign of terror to include an encounter with a beautiful blonde who’s unable to hear, speak or scream.

My other quibble with Hell is a City is that the stolen banknotes have been dusted with an incriminating malachite green, which allows the culprits to be caught red-handed. It’s a detail that would have fascinated Sherlock Holmes (Val Guest later worked on the TV series Sherlock Holmes and Doctor Watson), but even the world’s foremost consulting detective would struggle to pick out green-stained digits in a black and white film! 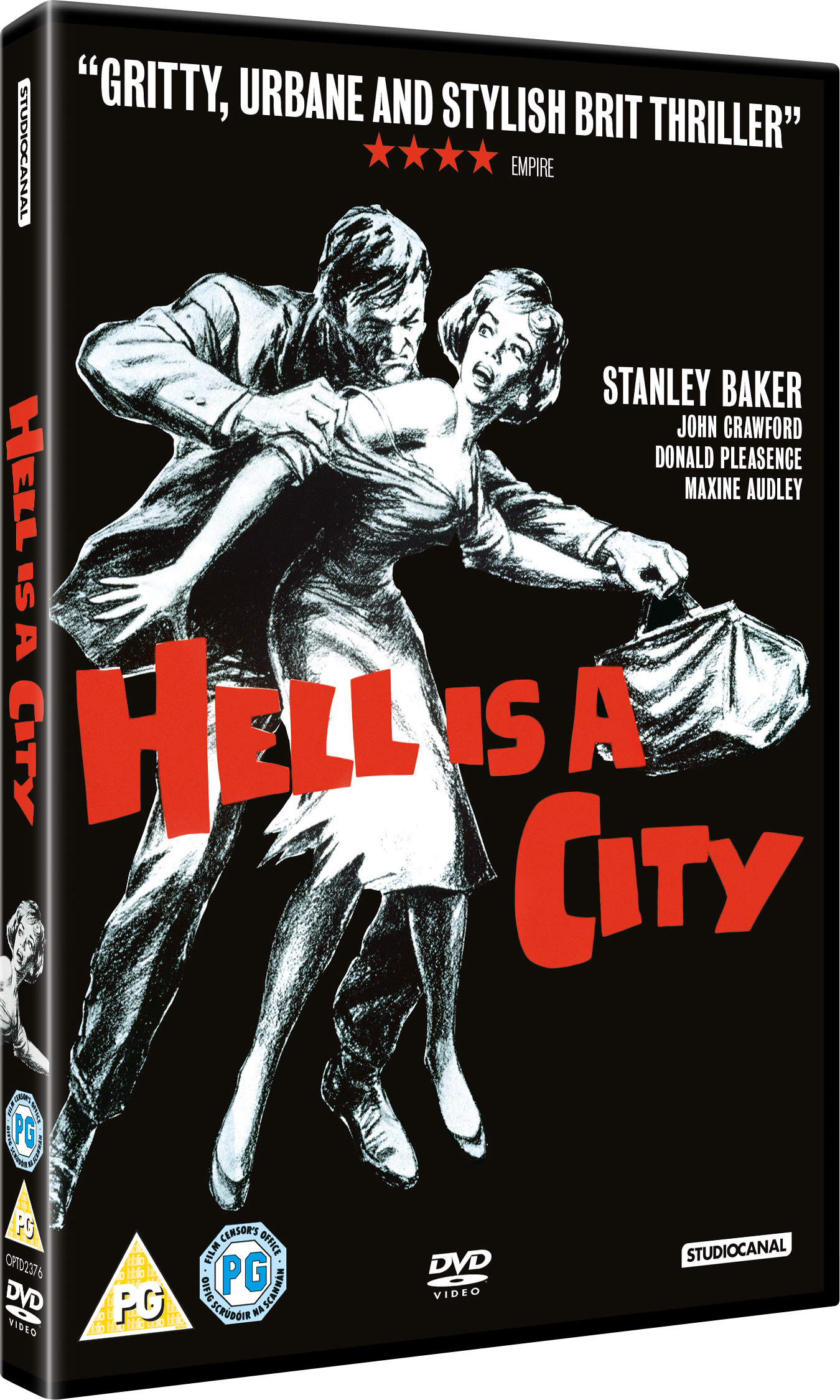