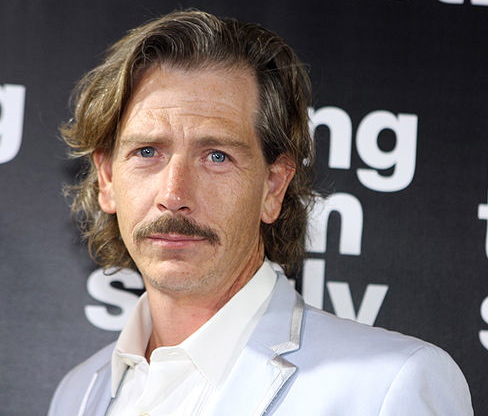 It’s not often I watch a film that bores me from the first minute to the last. That dubious distinction belongs to Andrew Dominik’s Killing Them Softly, a blood-spattered, expletive-ridden act of cinematic onanism that (inexplicably) has earned five-star reviews from some critics. Clocking in at a mercifully short 97 minutes, this does at least have the virtue of being an hour shorter than The Assassination of Jesse James by the Coward Robert Ford, Dominik’s other overrated collaboration with Brad Pitt.

Dominik has updated Cogan’s Trade, a George V Higgins crime novel from the 70s, to the urban sewer of America in 2008. Though this is advertised as a Brad Pitt film, we have to wait almost half an hour to clap eyes on the whiskery half of Brangelina. Before that, lowlifes Frankie (Scoot McNairy) and Russell (Aussie Ben Mendelsohn) are hired by minor hood “Squirrel” (Vincent Curatola) to rob a Mob poker game run by Markie Trattman (Ray Liotta). Armed with a sawn-off shotgun and sporting Marigold rubber gloves, these two losers eventually make off with the dough after one of the least exciting hold-up scenes in cinema history.

Our criminal masterminds believe that Trattman will be the fall guy here for ripping off his own game, but their calculations go awry. An implausibly squeamish middleman (played by Richard Jenkins) briefs quietly spoken hitman Jackie Cogan (Pitt) to clean up the mess, urging restraint in Trattman’s case. Cogan in turn subcontracts part of the job to Mickey (James Gandolfini), a boorish has-been whose qualification for “wet work” seems to revolve mainly around drinking everything in sight.

With actors whose previous credits include Goodfellas, David Michôd’s Animal Kingdom and The Sopranos, it looks as though writer/director Dominik has assembled a cast to die for. But there’s no heart-stopping tension or dramatic sleight of hand here, though the threat of violence is ever present. Shuffling between cars and drab brown interiors (this film could have been made in the 70s), there’s not much room for visual pyrotechnics. A slo-mo symphony of bullets, blood and shattered glass played out over the soothing “Love Letters” felt like an homage to Blue Velvet.

I didn’t care about the fate of any of these characters as they drone on endlessly about their vices, their aspirations and (in Cogan’s case) the advantages of “killing from a distance”. Tarantino and Elmore Leonard have shown that you can keep an audience engaged through long bouts of dialogue, provided that the bravado and menace are balanced by charm, humour and even a hint of sexual tension. Women are often just window dressing in crime films, but what I can’t stomach is a level of misogyny that reduces them to nothing more than orifices. After watching Gandolfini’s ass-fixated Mickey telling Cogan about his sexual odyssey I felt like taking a shower.

Mickey’s $100 dollar hooker is the only female character in Killing Them Softly and he dismisses her without a tip. That’s because Dominik’s film is trying to position itself as an ironic commentary on the cash-strapped US economy. We’re invited to see the struggles of America’s Organised Crime operatives in a wider context, so almost every dialogue scene plays out over the parallel soundtrack of Bush and Obama appealing to the nation. The device is overused, though, leaving me with a nagging headache rather than a sense that this movie captures the zeitgeist.

With his slicked-back mane and oversized shades I’m not still not convinced that the maturing Brad Pitt yet has the substance to match his style. Ray Liotta is underused and Scoot McNairy has a voice I’d go a long way to avoid. My biggest regret about Killing Them Softly is that it tarnishes my fond memories of Tony Soprano — loquacious and ruthless, but a killer with a soul and a sense of family. Dominik’s characters try to talk the talk but this feels like a zero sum game.