iPhone: 5 Things I Hate about You 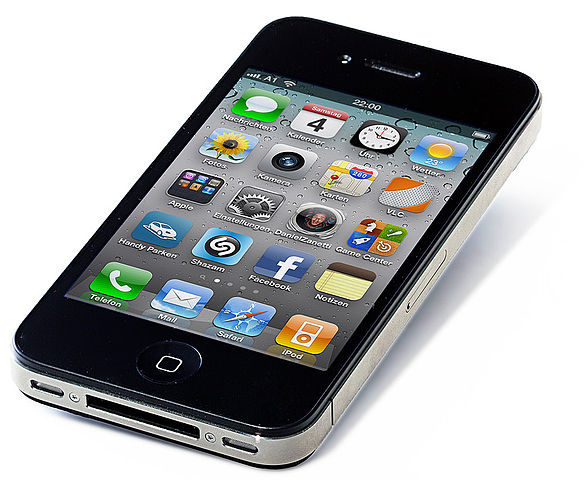 The shine has gone off the iPhone 4

The shine has gone off the iPhone 4

It will be thinner, taller, faster, instantly covetable and probably even more expensive than the last model. No, I’m not talking about the next Mrs Tom Cruise — though she’ll doubtless be unveiled just as soon as they can get the prenup sorted. Today, 12 September, is Apple’s big launch day, when months of feverish speculation about the size, weight and capabilities of the iPhone 5 will finally end in the crushing realisation that it is just another phone.

Sandwiched between the Golden Summer of British Sport and the inevitable Winter of Discontent, there will be a brief autumn burnished with a shiny array of Apple gadgets. Was this what John Keats was anticipating in “Ode to Autumn”, when he wrote about a “Season of mists and mellow fruitfulness”? Increasingly the calendar seems to be marked out in terms of smartphone launches: harvest festival has been superseded by Apple Day.

If you’re one of those Luddites who doesn’t already own an iPhone, you have my sympathy. Perhaps you’ve recently splashed out an eye-watering sum for that oversized hunk of polycarbonate and Gorilla Glass that is the Samsung Galaxy S3. You’ve had your fun boasting about how big it is and talking up the capabilities of your 8 megapixel camera. Now it’s time to get with the programme. I guarantee that by the time Apple reveals its latest plans for world domination, you’ll be willing to sell your granny, mortgage your kids or flog a few (non-vital) organs in order to get your hands on the world’s sleekest, sexiest handset.

As the countdown to the iPhone 5 continues, I’m not going to add to the feverish speculation about battery life, screen dimensions or pre-loaded apps. Unlike this enterprising YouTube user, I’m afraid I haven’t had time to knock up my own iPhone 5 Concept video. My version would be presented by the boys from South Park and would be more scatological than reverential.

Instead, I’ll be ruminating on the more troubling aspects of our growing obsession with Apple and its (not-so-smart) phones.

Even the queen of middle-class smut EL James can’t compete with the iPhone 5 when it comes to generating daft headlines and a veritable blizzard of blog posts. It turns out that there are a lot more than 50 ways to rehash the same set of guesses, half-truths and leaked photos of Apple’s new product. My favourite, from today’s Guardian, is the tongue-in-cheek “iPhone 5 features: crowdsourcing the specifications”.

I come from a very argumentative family with a healthy disrespect for consensus. But since most of us acquired fistfuls of iPhones, iPads and MacBooks, the only question anyone asks now is “What’s the code for the wi-fi?”

One of the more consistent rumours is that Apple will replace its 30-pin dock connector with a new, smaller 9-pin version. So that drawer stuffed full of obsolete phone chargers from your Nokia days is about to get even fuller.

Budding philanthropists who shelled out $3,000 or more on a luxury Brikk titanium iPhone case also had the satisfaction of knowing they’d donated a metric ton of rice to the world’s poor. Sadly, this piece of bling wasn’t designed for a supersized iPhone 5. Back to the drawing board . . .

Perhaps Britain’s most unfairly maligned monarch, King Richard III has suffered yet another grave misfortune today. Archaeologists excavating a council car park in Leicester believe they have unearthed the remains of the warrior king who died at the Battle of Bosworth in 1485. This stunning discovery really deserves a better fate than being upstaged in the headlines by an Apple launch in San Francisco.