Cloclo Does it His Way 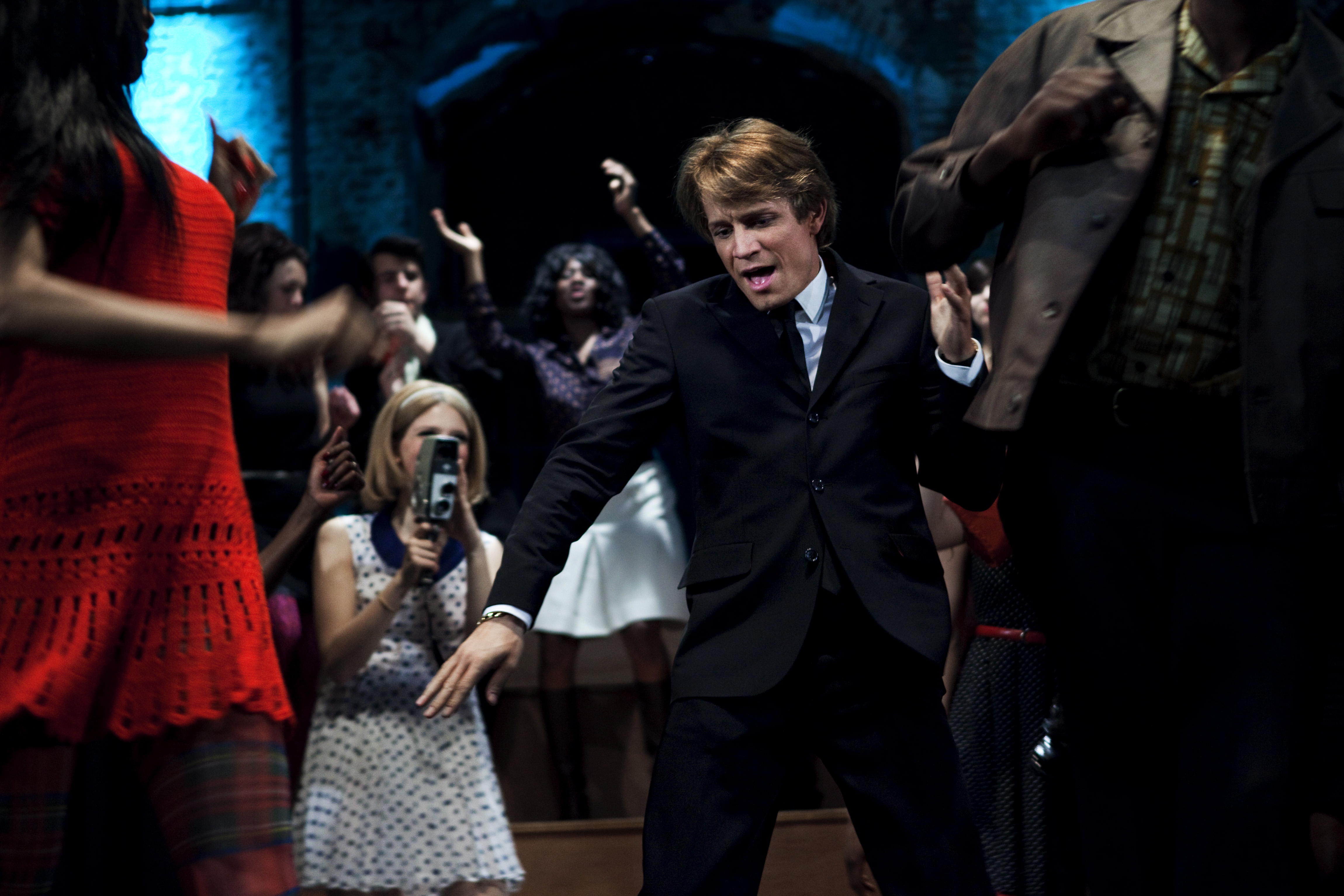 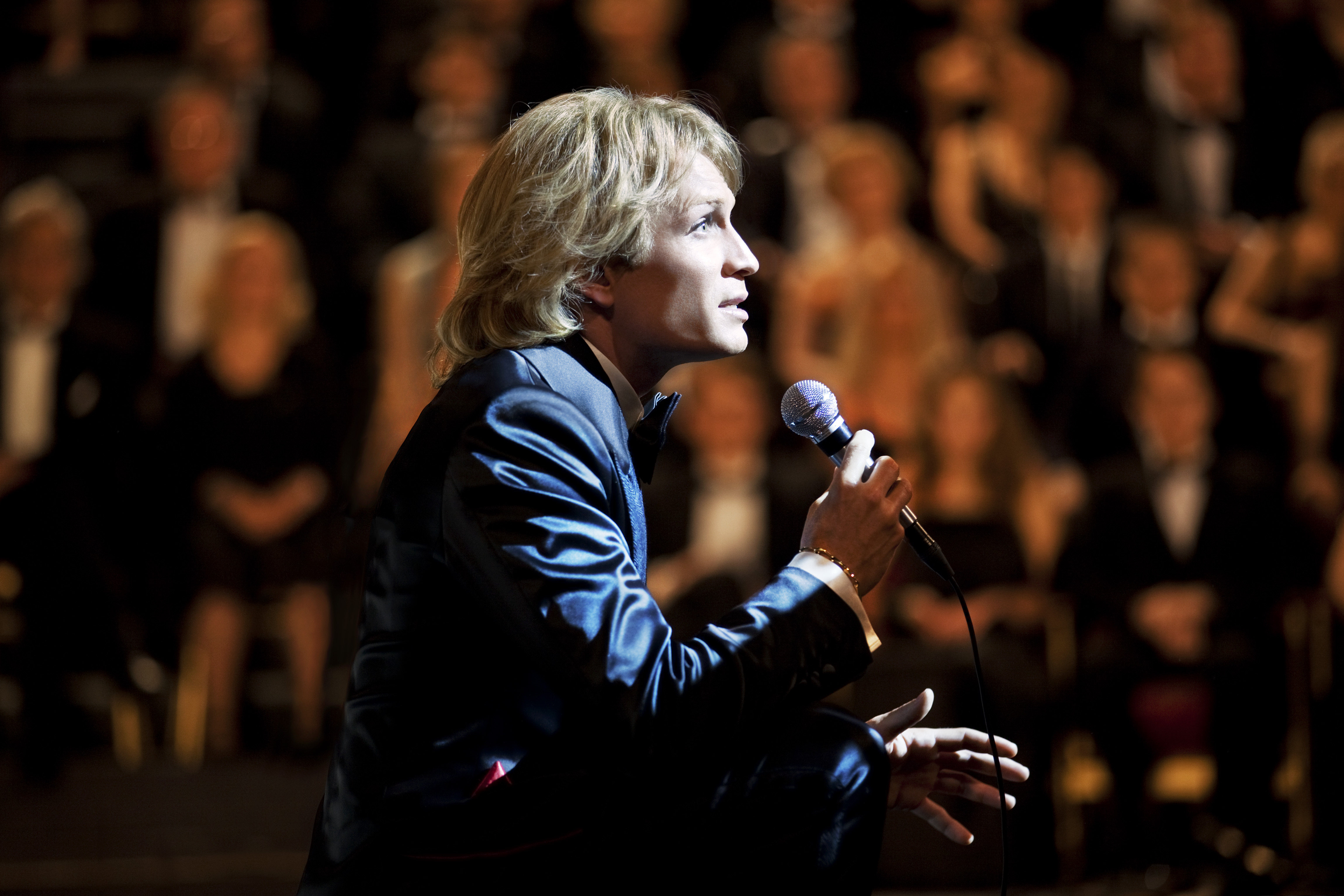 Films about singers and musicians often chart a predictable course from youthful hedonism into addiction, overindulgence, heartbreak and early death. So it’s a relief to report that Cloclo, the stylish biopic of French chanteur Claude François, is not your run-of-the-mill cinematic cautionary tale. Like Elvis he died in his bathroom, but the Gallic heart-throb who sold 67 million records was undone not by an unhealthy appetite for junk food, but a fatal case of obsessive compulsive disorder.

Unlike La Vie en Rose or Gainsbourg, Florent-Emilio Siri’s film takes a relatively straightforward approach to the life of Claude François. So out go the weird animated sidekicks and multiple flashbacks that made the worlds of Serge Gainsbourg and Edith Piaf seem even more dysfunctional. The first half hour of Cloclo takes us from the 40s childhood of young Claude (played by Thomas Dufour) in Ismailia, Egypt, through the glittering French night spots of the 50s, to fame and fortune in the 60s and 70s.

The key relationships between Claude and his martinet father Aimé (Marc Barbé), doting mother “Chouffa” (Monica Scattini) and supportive elder sister Josette (played as an adult by Sabrina Seyvecou) are quickly established. His mum is an inveterate gambler who loves music; his dad, who works for the Canal Company, is a neat freak who expects his kids to toe the line. The seeds of rebellion have been sown long before the Suez Crisis of 1956 forces the family to leave, with aspiring drummer Claude (Jérémie Renier) defying his dad to launch his musical career. The unforgiving Aimé disappears from the story relatively early, but his influence lives on in his son’s relentless perfectionism and need to straighten, polish and control everything and everyone around him.

I thought it was stretching credibility to have the 31-year-old Jérémie Renier playing Cloclo from the age of 17, but in every other respect his casting here is a triumph. For a start he looks uncannily like the real Claude François, and it’s more than just clever lighting and a great make-up job. (Try Googling Claude François and you’ll think you’ve landed on a page full of Jérémie Renier lookalikes.)

Renier attacks the musical numbers and the dramatic scenes with equal aplomb. Although he is lip-synching most of the time, he radiates energy and charisma from his squeaky-clean blonde hair to those shiny shoes. It’s not just a case of “Belles! Belles! Belles!” (the title of Cloclo’s breakthrough 1962 hit), but “Beau, Beau, Beau” for the man with the perfect pop star looks. Claude François is famous for co-writing “Comme d’habitude” – the original French version of Frank Sinatra’s signature song, “My Way”. I loathe “My Way”, but watching Renier as Cloclo performing it at the Albert Hall just weeks before his death in 1978, even I experienced the frisson of watching a superstar in his element.

Monica Scattini has some memorable scenes as Claude’s long-suffering mother and number one fan, often acting as his emotional sounding board. “I’m short, I’m bow-legged and I sing like a duck,” he declares in one of his lower moments. Yet despite the film’s two-and-half hour running time, not many of his wives, girlfriends and collaborators make much of an impression here. I couldn’t take Benoît Magimel seriously as the star’s manager Paul Lederman, because he looks like a dead ringer for Robert De Niro’s Jake LaMotta in Raging Bull. Years flash past in a whirl of hits, blazing rows and changing hairstyles, as the wall of fan graffiti outside Cloclo’s apartment grows ever more dense. By the end I’d lost track of which perky blonde was keeping the crease in Claude’s slacks sharp — perhaps that was intentional.

The screenplay, co-written by Siri with Julien Rappeneau avoids the pitfalls of being scabrous or overly sentimental, but this is not hagiography either. It turns out that you can give a semi-realistic portrait of the music business without choking it in a certain white powder. Some of Cloclo’s hits were saccharine pop, but the workaholic performer’s callous treatment of young France Gall (Joséphine Japy) shows he wasn’t all sweetness and light either.

But the basic conceptual problem with any musical biography remains. If you’re already a fan of Elvis, Edith Piaf or Johnny Cash, why settle for a talented imitator when you can watch the real performer on YouTube? Though Claude François died in 1978 aged just 39, his story isn’t dark and tragic enough to put him on a par with other music-industry train wrecks of the 20th century. So I was left admiring the brilliance of Jérémie Renier and wondering why the lyrics of “Comme d’habitude” seem even more repetitive than “My Way”.