The Imposter: Tall Tales in Texas 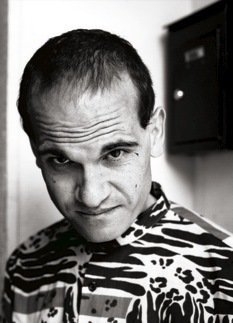 Have you heard the one about the 23-year-old Frenchman who successfully impersonated a missing Texas teenager? Bart Layton’s gripping documentary The Imposter shows that consummate liar Frédéric Bourdin could have pursued a career in espionage or acting, had he chosen to do something constructive with his life. Instead he employed Gallic cunning and a dose of blonde hair dye to expose the credulity and perhaps the latent guilt at the heart of an American family.

Nicholas had gone missing from his home in San Antonio, Texas, in June 1994. He was 13 at the time, and the home-movie images we see of the real Nicholas show a lively, fair-haired boy. He had blue eyes and didn’t speak with a French accent. So how was it possible for a dark-haired, brown-eyed man of French/Algerian descent, who’d never met Nicholas, to inveigle his way into the family for several months?

Gibson and Nicholas’s mother Beverly Dollarhide are among those who describe what happened in 1997, when a traumatised youth claiming to be Nicholas turned up in Spain. From their baffled recollections of that fateful phone call, you get the distinct impression that Spain might as well have been Outer Space: these are not sophisticated people. With the help of a tattoo artist, a scarf and minimal conversation, Bourdin convinced US authorities to issue him with a passport in Barclay’s name. He then accompanied Carey Gibson back to Texas, where he shocked both the family and the FBI with descriptions of how he’d been abducted, tortured and sexually abused by the US military. As former FBI Special Agent Nancy Fisher noted, his story was entirely lacking in specifics.

A fictionalised version of Bourdin’s extraordinary exploits has already been told in the 2010 film The Chameleon. But the truth about how this homeless schemer convinced Carey Gibson that he was her missing brother, is more jaw-dropping that anything a screen writer could dream up. From the outset there are so many plot holes and implausibilities here, that it wouldn’t pass muster as fiction except in the most outlandish of telenovelas.

That’s not a criticism of Layton, who expertly blends first-person accounts with filmed reconstructions and some archive footage to create the atmosphere of a whodunnit — even a “whydunnit”. But given that these events took place only 15 years ago, I found myself wondering why DNA testing wasn’t carried out straight away to determine Bourdin’s authenticity. Surely the tattoos he’d just had done on his hands would still have been healing when Carey turned up in Spain to greet her long-lost “brother”? Then there was the small matter of the strong French accent, which along with the shape of Bourdin’s ears, eventually alerted those outside the family to the monstrous deception.

The Imposter is very much Bourdin’s story, and he talks about his search for familial affection and stability with apparent candour. His ingenuity and willingness to take outrageous risks might even seem heroic in a different kind of film. Then, confronting the issue of why the family accepted him in the face of overwhelming contradictory evidence, he turns accuser. As cheery private investigator Charlie Parker starts digging up a back yard, you wonder whether this faintly ridiculous tale is going to turn into a full-blown horror movie.

The fate of Nicholas Barclay remains a mystery, and by the end of The Imposter you’re left wondering whether his relatives are as practised at lying as the man who (briefly) took his place. Despite the enormity of their loss, I didn’t find them particularly sympathetic, and they lack the presentation skills of the silver-tongued Bourdin. So this family tragedy ends up as a mere adjunct to another incredible chapter in the life of a man who outwitted Interpol and the FBI in his quest for love.