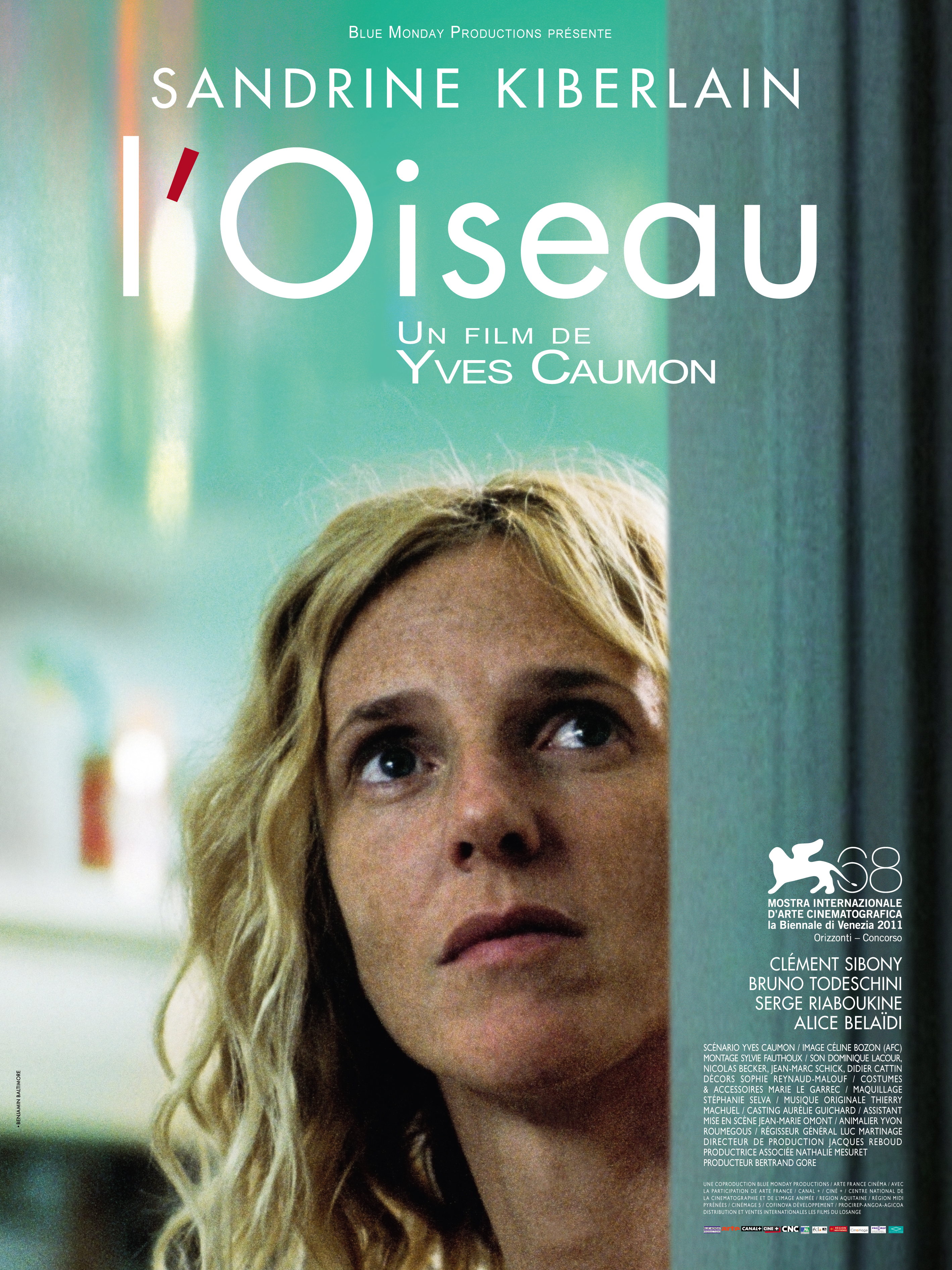 A decade ago Sandrine Kiberlain starred as the bereaved mother at the centre of a bizarre kidnap plot in Claude Miller’s thriller Alias Betty. Her character in Yves Caumon’s The Bird (L’Oiseau) has also lost a child, but this is a very different kind of story – a low-key drama that puts the focus squarely on Kiberlain’s superlative performance.

The Bird takes its time revealing the back story of Anne (Kiberlain), an attractive but rather aloof blonde who works as a kitchen hand in Bordeaux. Fending off the attentions of handsome chef Raphaël (Clément Sibony), she returns to an empty apartment, a sink full of dirty dishes and unexplained noises that keep her awake.

Caumon’s screenplay favours a slow accumulation of details about Anne’s daily routine, rather than much in the way of dialogue. It’s only after a chance encounter in the street that we hear Anne once had a child and a family, and that she moved away for a while. Later she joins her ex-husband Marc (Bruno Todeschini) to lay flowers at the grave of their four-year-old son. He has a new partner now and is far more open in expressing his feelings than Anne is.

The subject matter may sound familiar, but The Bird doesn’t belong to that genre of films about grieving mothers searching for answers, seeking justice or just trying to hold it all together. It’s more contemplative than emotionally manipulative, as we get to know Anne through her awkward interactions with her ex (he’s about to become a father again), her high-brow taste in films (Mizoguchi), and a failed tryst with a fellow movie buff (played by Serge Riaboukine). 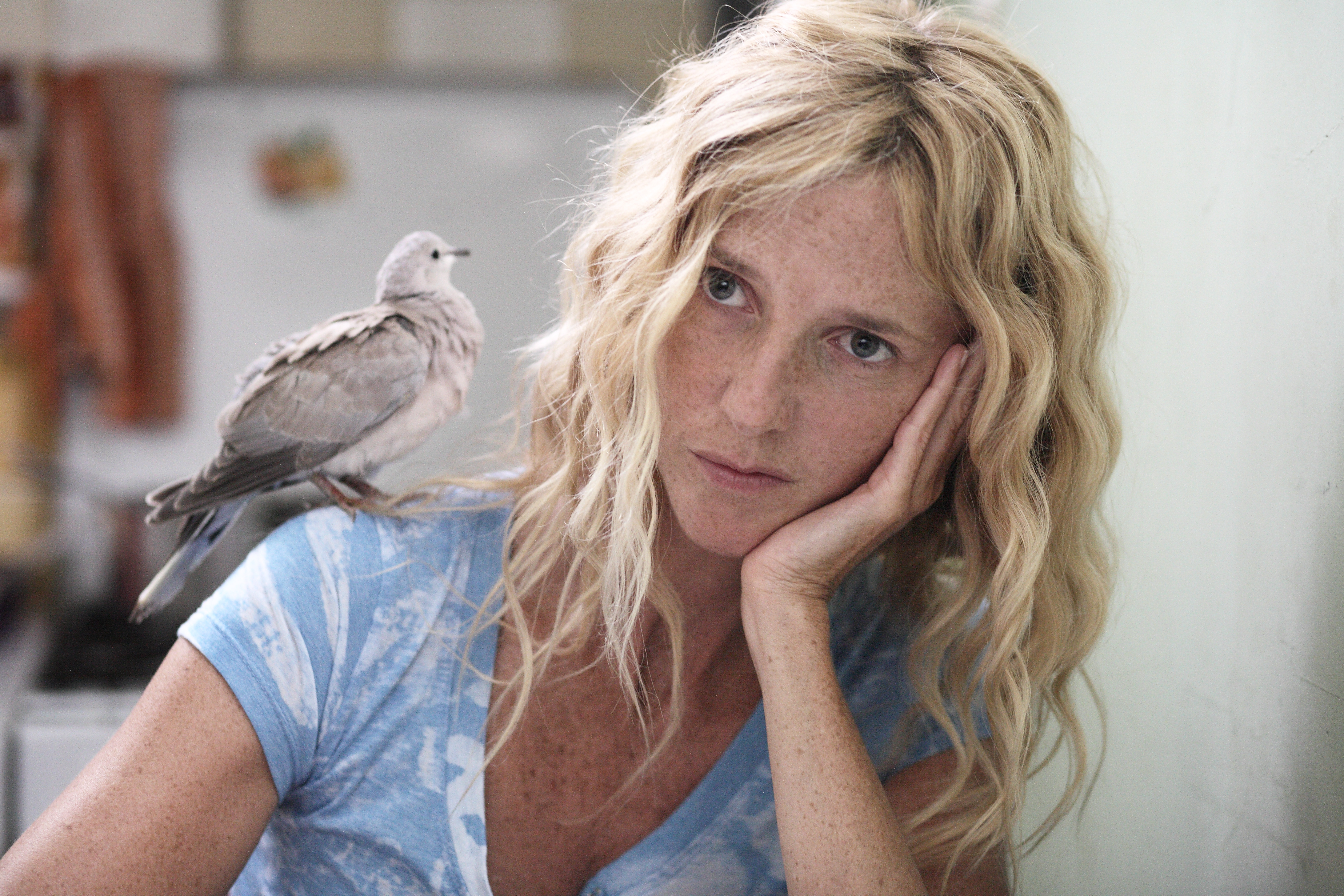 There is an underlying mystery here about what caused this family tragedy,  but The Bird is more interested in establishing mood than signposting plot points. For those who like their drama to be in a higher register, Caumon’s film may feel like slow going. He uses the discovery of a pigeon trapped behind a wall to signal Anne’s gradual emergence from her hermit-like existence. The moment when she finally takes a mallet to the plaster work is satisfying – both for her and audience. But this isn’t Kes or The Birdman of Alcatraz relocated to provincial France: the trapped bird serves more of a symbolic purpose than providing a viable alternative to human relationships.

Fortunately Kiberlain is a skilled enough actress to compensate for what seem like long stretches without dialogue or much incident. With her angular features and ethereal beauty, she holds our attention even when she’s just brooding or staring quizzically at that offending wall. Anne may be aloof and still traumatised, but you sense that she’s still open to new intellectual and emotional experiences. Like her enigmatic schoolteacher in the romantic drama Mademoiselle Chambon this is a role that fits Kiberlain well.

For a film about loss, The Bird also offers a surprising amount of colour and light — from the red petals on the dress Anne wears to meet Marc, to the shabby chic decor of her flat. The shift in tone and location of the final scene suggests that the central character has left the safety of her nest and is ready to take flight again.

The Bird (Cert 12A) is on limited release in the UK from Friday 17 August.