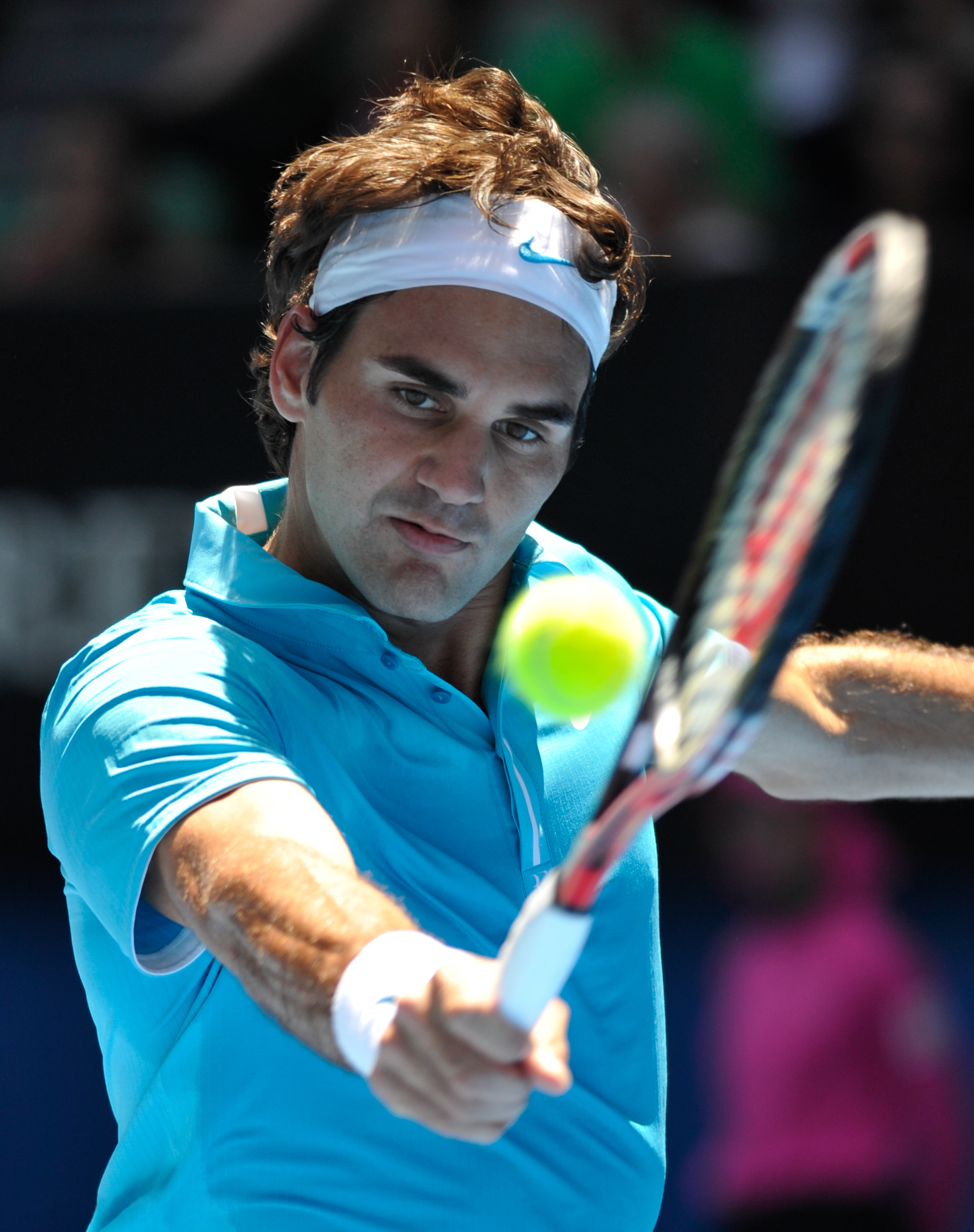 What really sets Roger Federer apart from his peers isn’t his bulging trophy cabinet or his breathtaking one-handed backhand, but his ability to be conceited in four languages.

Wimbledon 2012 is over and Roger Federer is once again on top of the world and the tennis rankings. Yesterday the Swiss precision instrument reduced Centre Court to a wad of damp tissues, runny mascara and broken dreams, as he beat Britain’s Andy Murray to secure his seventh Wimbledon title. Worshippers at the altar of King Roger have once again rushed to acclaim him as the GOAT (greatest of all time) and according to one hyperventilating headline writer he’s “nearly a saint”.

Federer’s tennis may be sublime, his shorts preternaturally crisp and his brow improbably sweat-free, but he’s not getting any more likeable — or humble — as the years roll by and the trophies pile up. Since Federer collected his 17th Grand Slam singles title on Sunday, “the Swiss” (as that Kraut Boris Becker likes to call him) has been hard to avoid. I don’t buy newspapers and I usually bypass the BBC big match build-up these days. There’s only so much fawning over Federer I can take before my blood pressure soars and I have to lie down in a darkened, Sue Barker-free room.

In the early hours of this morning he gatecrashed John Inverdale’s final Today at Wimbledon, forcing me to fast-forward to the closing montage. There he was again on today’s BBC News at One, modestly telling star-struck reporter Joe Wilson that he doesn’t feel like “the greatest of all time”, before giving us a quick reminder of his latest career milestones.

Sudafed relieves the symptoms of the common cold; @PseudoFed is a Twitter account that alleviates the irritation of listening to the GOAT being a pompous ass.

Yesterday’s tennis coverage also included the awesome sight of Roger admiring a showreel of his greatest Wimbledon moments. In a move that @DjokerNole would probably have admired, some joker at the Beeb had decided to include footage of Federer losing the epic 2008 Wimbledon final to Rafael Nadal. Unless I misunderstood him, Federer explained away that crushing disappointment as a matter of bad luck. (Try telling that to Rafa or his fans.) But we didn’t hear an explanation for that rather naff ponytail he sported in his younger, pre-GOAT days.

What really sets Roger Federer apart from his peers isn’t his bulging trophy cabinet or his breathtaking one-handed backhand, but his ability to be conceited in four languages. Despite speaking English better than most BBC commentators, Roger doesn’t seem to have grasped the concept of irony — that’s when you need a good dose of @PseudoFed. Sudafed relieves the symptoms of the common cold; @PseudoFed is a Twitter account that alleviates the irritation of listening to the GOAT being a pompous ass.

Not Roger Federer, a “humble tennis player, married to Mirky”, has been tweeting tirelessly from his FedBerry since September 2010 and has now branched out into blogging. In his Compare the Meerkat-style pidgin English, Federer’s alter ego gives us a glimpse into the ever-so-#humble life of a global sporting deity and reluctant love object for BBC presenter Sue Barker.

You won’t learn much about tennis by following @PseudoFed, but he does supply the warm, witty and self-mocking persona that is sadly missing from the real Roger Federer. Getting a tweet from @PseudoFed almost makes me forget that the real Roger is preening narcissist, who rearranges his hair almost as often as Rafa unscrambles his underwear.

I’m not going to add another chapter to the adulation of Roger Federer. Instead, here’s a tribute by Mac Davis to that monument to modesty, @PseudoFed. Stay humble.