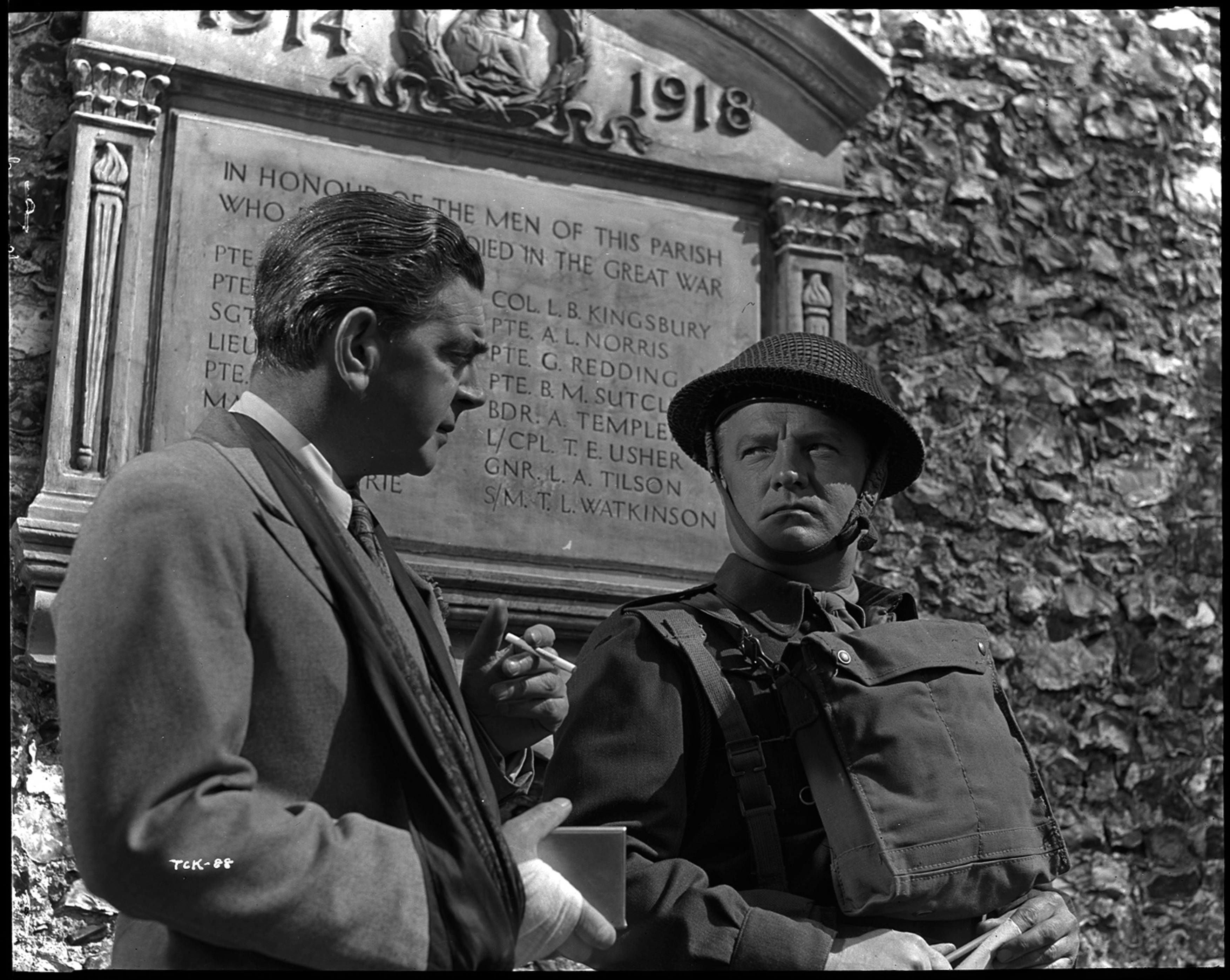 How many films and TV shows have left you quaking at the thought of your quiet home town being overrun by flesh-eating zombies or sex-crazed vampires? As real mob violence hits the streets of Ealing in west London, it seems a good moment to escape into the glorious — though not necessarily gentler — cinematic past of Ealing Studios. When Went the Day Well? was released in 1942, anxieties were focused on invaders from across the English Channel. You never know, that polite British officer sipping tea in your drawing room, might turn out to be part of the advance party from the Third Reich.

Based on a short story by Graham Greene, Alberto Cavalcanti’s film is set in the idyllic English village of Bramley End (in reality, Turville in Buckinghamshire). A framing device introduces us first to the church warder (played by Mervyn Johns), who sets the scene for the extraordinary events of Whitsun weekend 1942. The locals are preparing for the wedding of the innkeeper’s son, when a party of Royal Engineers arrives out of the blue. Their leader Major Hammond (Basil Sydney) claims they are checking up on Bramley’s defences. In fact, the men are there to sabotage the home communications systems in preparation for an imminent Nazi invasion by air and sea.

As you’d expect from an Ealing film, Went the Day Well? tempers its highly topical wartime propaganda with strong characterisations. As tweeting birds almost drown out some of the opening exchanges, the Brazilian-born Cavalcanti gives us a comfortingly familiar portrait of mid-20th-century rural England. There’s the benign figure of the vicar (played by the inaptly named CV France) pouring his morning cup of tea. His unmarried daughter Nora (Valerie Taylor) clearly has her eye on the urbane Oliver Wilsford (Leslie Banks). Evacuee and choirboy George (Harry Fowler) has an insatiable curiosity that might prove injurious to his health. At the top of the social hierarchy is the redoubtable Mrs Fraser (Marie Lohr), whose manor home will later be at the centre of the Battle of Bramley End.

I’m not sure I would have given the game away quite as early as Cavalcanti does here, but within 10 minutes we know that Wilsford is a dastardly Fifth Columnist, who takes his orders from Berlin. The villagers, though, take much longer to cotton on to the treachery of this leading light of the Home Guard. They’re also a little slow to pick up on the many hints – numerals written in the continental style, a bar of German chocolate – that their visitors might not be who they claim to be. But the exaggerated politeness of those opening scenes rapidly gives way to brutality – on both sides.

Nearly 70 years later, Alberto Cavalcanti’s film is rightly billed as “a superb piece of British wartime propaganda”. But this exciting, funny and, at times, genuinely shocking film is much more than just a historical document. The script, by studio regulars John Dighton, Angus MacPhail and Diana Morgan, prefers sly humour and understated heroism to heavy-handed moralising or sentimentality. “You’re no better than a German. That’s what you are” declares the outraged shopkeeper Mrs Collins (Muriel George) to an ill-tempered soldier – long before his true nationality is revealed. In another early scene, the strains of “There’ll Always Be an England” provide an ironic soundtrack to a dinner party hosted by Mrs Fraser.

But though you smile at the publican’s innocent greeting to the new arrivals “We’ve never had so many foreigners in these parts”, you quickly realise this isn’t a comedy. Once the secret is out, Cavalcanti skilfully blends moments of suspense, with physical bravery and – at times – shocking violence. Hitchcock would have applauded the content and execution of the scene in which Mrs Collins throws pepper in the face of her unwanted lodger before bludgeoning him with an axe. We see her face contorted with horror at what she has just done. But moments after apparently making light of that notorious propaganda about “babies on bayonets”, she, too, succumbs to the cold steel. The shock of the vicar’s demise, as he attempts to ring the warning bells in church, isn’t undermined by a lingering final speech or tearful scenes in the pews.

As the death toll mounts and the hour of the invasion draws near, you wonder who can prevent the unthinkable from occurring. For a film that relies on such a strong ensemble British cast, it is fitting that the salvation of the village lies in a strong collaborative effort. During the climactic gun battle, staged in the glorious setting of the manor house, it’s the heroism and self-sacrifice of Bramley End’s ladies that you’ll remember. My one (minor) criticism is that when reinforcements finally arrive from neighbouring Upton, it’s a bit difficult to tell the real Brits from the imposters.

Cavalcanti is perhaps best remembered for directing two segments of Ealing’s portmanteau horror Dead of Night in 1945. He later worked in his native Brazil before settling in France, but I think his finest moment was the unimpeachably British Went the Day Well?