This week on The Apprentice: some juicy one-liners, a couple of pip-squeaks and a very thick skin.

Less than half an hour into the latest series of BBC1’s The Apprentice, I had a severe case of déjà vu. Watching clueless project manager Edward Hunter droning on about “rolling with the punches”, felt an awful lot like watching shouty Dan Harris in Week 1 of last year’s show. Substitute heaps of gristle with litres of orange pulp and you have a similar scenario. I felt a strong desire to push Ed’s (big) head into a juicing machine, but the equipment was already broken.

Yes, certain things about The Apprentice never change: that’s why we keep watching and why I’m burning the midnight oil writing this blog. But this time Lord Sugar’s not just looking for an apprentice: he’s going to hand over a cool £250,000 to the winner, so that he/she can start their own business. The nation’s unemployment problems will be solved at a stroke. David Cameron will be happy. Sadly, while Lord Sugar was busy dreaming up a way to freshen up the show’s format, he forgot to hire himself a new script-writer. “I’m not looking for a sleeping partner” he warned the already sweaty-looking throng of wannabe entrepreneurs.

In the mean time, the teams were allotted a more modest budget of £250 to go off and buy some produce and turn it into profit. The girls opted to call themselves Venture, with the formidable Melody Hossaini at the helm. I know I shouldn’t be rushing to judgment, but she already displays the arrogance of the fondly remembered Princess Paloma. Staring at her mug shot on the BBC website, I find I’m hypnotised by the sight of those eyebrows. I predict she’ll soon be butting heads with psychologist Edna Agbarha.

The boys came up with an equally useless and, as it turned out, thoroughly inappropriate moniker in Logic. In the first battle of the alpha males, Ed floored Scouser Gavin, thus sealing his fate as “Man Most Likely To Be Kicked Into Touch”. 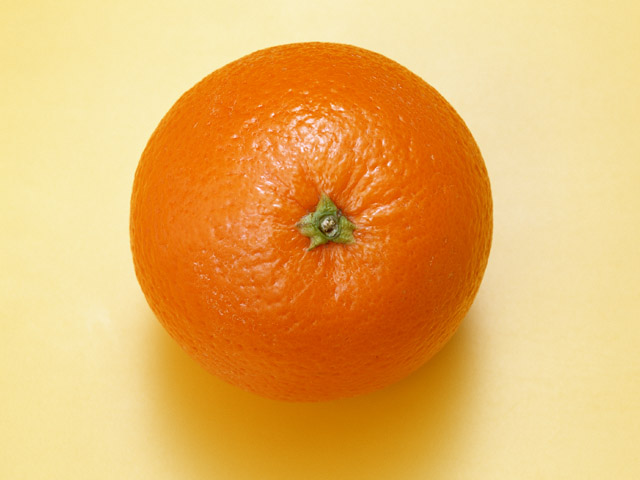 It’s been less than five months since the thrilling and alcohol-fuelled climax to the last series of The Apprentice. In that time, what I’ve missed most (apart from writing this blog) has been the sight of panic-stricken candidates in unflattering hair nets, preparing to unleash another foul concoction on an unsuspecting British public. This week we enjoyed plenty of factory action, as the boys attempted to turn £1,400 oranges into the pot of gold at the end of Lord Sugar’s rainbow. Ed opted to use the lion’s — or should that be Leon’s — share of his budget buying fruit, leaving almost nothing left to buy ingredients for the soup that no one knew how to cook.

Leon was in charge of the pulping process and, not to mince words, he buggered it up. He was ably assisted by accountant Ed, who charged around spouting boxing terminology as though this would make up for not actually having a strategy. While the girls were already out on the streets of London flogging tiny boxes of fruit salad, the boys were reduced to squeezing those oranges by hand. An emasculating experience for all concerned. They missed the breakfast trade completely, thus failing to be “the early bird that catches the worm” in the words of the great Jamie Lester. (Well, he didn’t quite say that.)

It wasn’t all plain sailing for the girls, either. Melody decided that not spending the entire budget was a smart business strategy. The result was that those fruit salads offered slim pickings for the “Five a Day” brigade and they soon found themselves with customers and no stock. Don’t even get me started on the culinary cock-up that was their pasta offering. I’m guessing it’s the kind of fare that an Italian wouldn’t even feed to a cat that had crapped in his garden.

Talking of excrement, Lord Sugar wheeled out former BBC Director-General Greg Dyke’s notorious phrase “Cut the crap” as he lost patience with Ed in the boardroom. The boys lost the task, as they spent their entire budget and achieved sales of £432. The girls, with £70 still clutched in Melody’s well-manicured mitts, sold £592 worth of produce. Game over, they departed for a champagne reception at the new Apprentice digs in Richmond. There straight-talking Susan Ma showed potential by refusing to join in Melody’s chorus of praise. She didn’t rate her Project Manager’s performance this week and neither did I.

Ed’s demise was as predictable as the result of last week’s AV vote. He chose to bring Leon back into the boardroom, which was a fair choice. But he lost the plot insisting that Gavin should also be in the firing line, as he hadn’t been serious about volunteering for the role of PM. Lord Sugar saw through this. So did Karren, who had taken note of Alex’s utterly useless performance as an orange juice salesman. (She wasn’t too taken with the charms of Mr Not-So-Handsome Vincent Disneur, either.)

Watching Ed “I roll with the punches” Hunter was like a horrible mash-up of Dan Harris and Melissa Cohen from 2010. The aggressive manner couldn’t disguise that he had absolutely no plan for the task and was literally making it up as he went along. Geeky inventor Tom, sussed out that Ed was so desperate to prove he was more than just an accountant that he failed to employ the skills that must be second nature to him.

We had enjoyed a montage of “the firing finger” at the start of the episode and now it sprung into action again. An ignominious departure for Ed and a fairly low-key start to this year’s series. Back for more tomorrow night . . .