Fate and Ferrer slam the door on Rafa

There may be tears on Rod Laver Arena tomorrow if drama queen Vera Zvonareva loses her Australian Open semi-final against Kim Clijsters. But today I was the one weeping into my coffee as Rafael Nadal lost his battle with illness, injury and fellow Spaniard David Ferrer. The No. 1 seed went down 6-4, 6-2, 6-3 in their quarter-final, ending hopes of a Rafa Slam in 2011.

After all the copious sweating and shirt-changing during Saturday’s encounter with Bernard Tomic, Nadal fans prayed that his physical problems at this year’s event were over. I even entertained a hope that loquacious BBC commentator Andrew Cotter might get his tiny mind off the “puddle of sweat” and actually talk about the tennis. Fat chance. After taking 20 minutes to play just two games, it became clear that Nadal was in trouble — and not just because 7th seed Ferrer had an aggressive game plan to keep the points short and Rafa on the ropes.

Rafa left the court for an injury time out after three games. It was distressing for his millions of fans and, I imagine, pretty galling for Ferrer. In decades past, players either limped on or defaulted immediately. There was none of this cloak and dagger stuff, with people disappearing off to the dressing rooms while their opponents are forced to stand around on the sidelines. Within minutes Rod Laver Arena was buzzing with speculation, rumour and counter-rumour about the cause of Rafa’s distress.

I applaud Rafa’s decision to play on to the bitter end, and he has done his best to deflect the inevitable questions in his post-match face-off with the press. But when you’re the World’s No. 1 tennis player and gleaming torso of the moment for Emporio Armani briefs and jeans, people will just carry on talking and looking and speculating.

It’s only 12 months since Nadal’s last premature exit from this tournament. In 2010 injury forced him to retire at the same stage during his match against Andy Murray. Obituaries were penned then for the Spaniard as they have been every time he gets injured. What else are columnists going to write about? Steve Tignor writes eloquently today of how it’s Nadal’s fragility that makes him so appealing and compelling to his many fans: “More than any other legendary athlete I can think of, even as he’s winning, he holds out the possibility of disaster. He plays matches on razor’s edges and always seems one lunge away from his next injury.”

Until the French Open rolls around in May I’ll be keeping my fingers crossed for yet another Rafa revival and, of course, thanking Emporio Armani for finding a man to more than adequately fill Cristiano Ronaldo’s briefs.

Andy Murray delivered the right result for all his supporters and for those commentators who think that the name Alexandr Dolgopolov is just too hard to get your tongue round at this late stage of the tournament. (Does anyone else remember Slobodan Zivojinovic?) Dolgopolov eventually lost in four sets, and his tennis was a lot more pleasing to the eye than the Alice band he wears on court. This was not a good look on Ronnie O’Sullivan or David Beckham, either.

Though Nadal and Dolgopolov will be back to fight another day, there was sad news of a former Australian Open champion who is now hanging up her racquet. Justine Henin, who enjoyed such a successful return from her first retirement by reaching last year’s final, has decided to quit — for good. 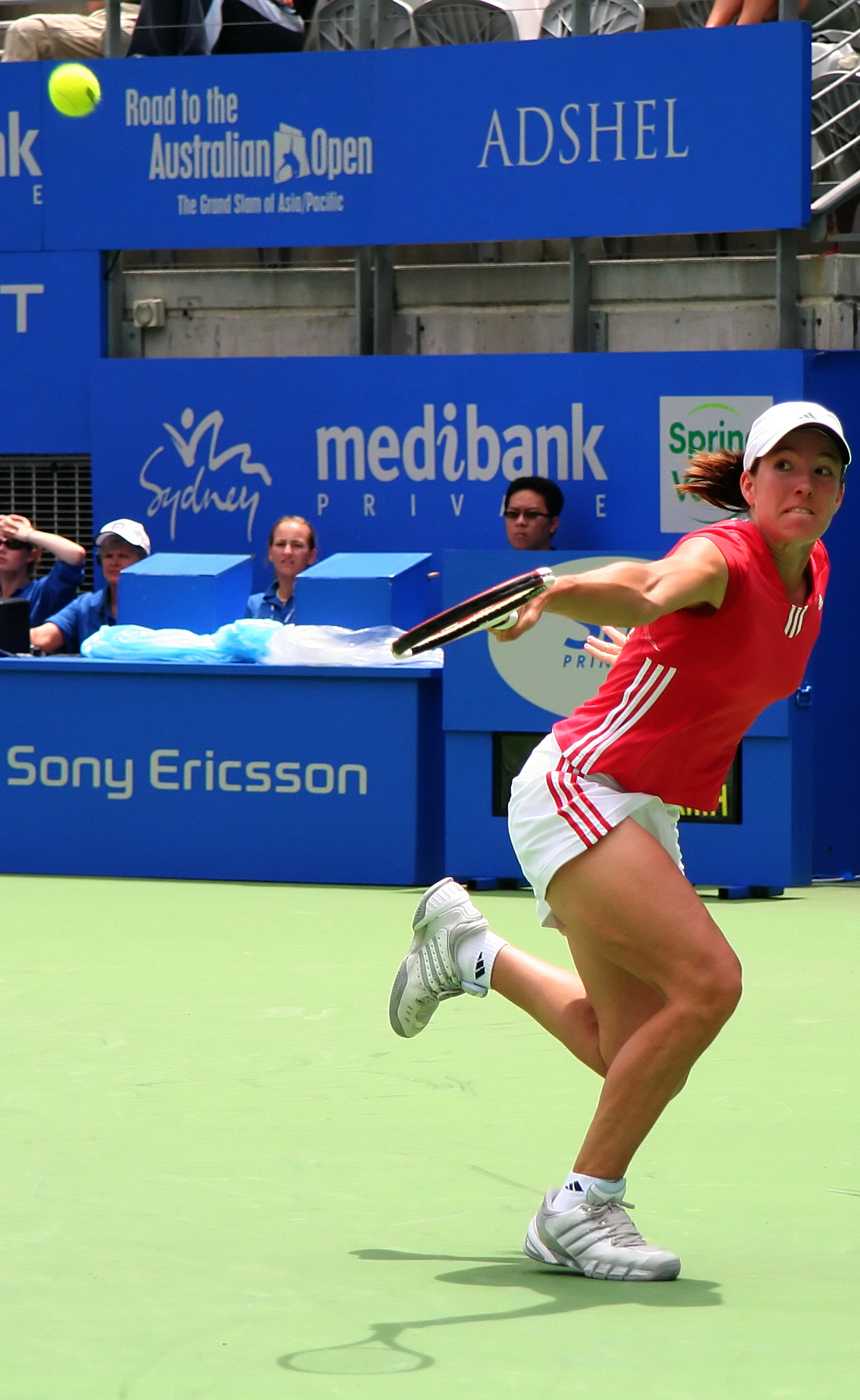 When you sit through a Grand Slam these days there are always enough medical dramas to fill a whole season of Grey’s Anatomy. So when Henin fell on her elbow during her match with Clijsters at Wimbledon 2010, it didn’t look that serious to me. But now it really is the end for the most stylish player in the women’s game. She’ll never get the chance to win Wimbledon and set the seal on what was a glittering career. Still, Justine can be proud of the contribution she and Kim have made to nullifying that “name a famous Belgian” gag.

Let’s hope that somewhere out there is another one-handed backhand that can stand up to the rigours of the modern game. If its owner also happens to look like a cross between Maria Sharapova and Anna Kournikova, I’m sure the sponsors will be lining up from here to Moscow.