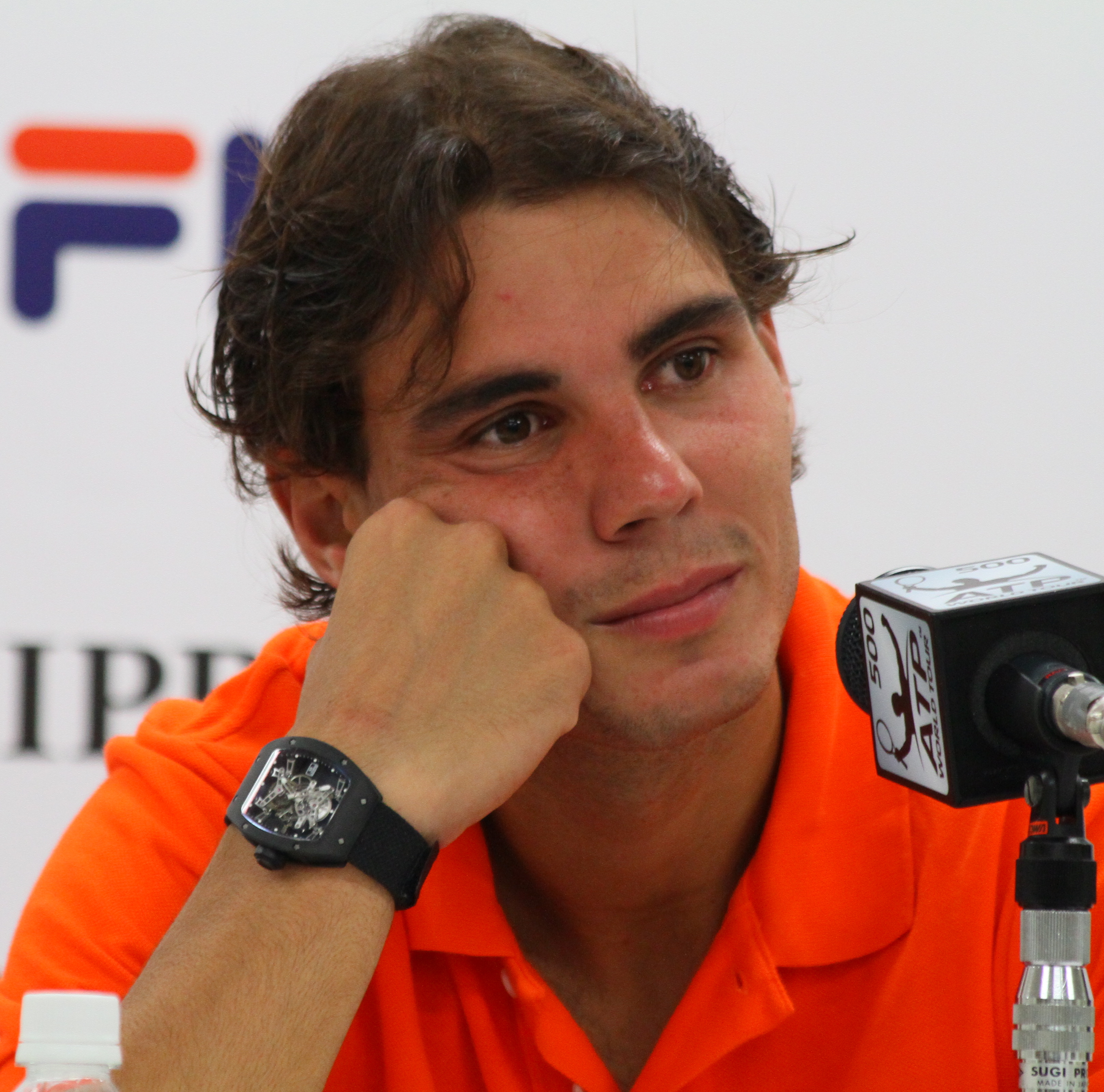 “Nadal looks like he’s wrapped in red cling film” quipped Andrew Cotter, the BBC’s latest smarmy recruit to the commentary box at the 2011 Australian Open. Cotter was referring (yet again), to the prodigious amounts of sweat pouring off the Spaniard during his 6-2, 7-5, 6-3 victory over Australian beanpole Bernard Tomic.

The way Cotter was droning on, you would have thought that Rafa’s top — described as an “optimistic red shirt” by those nice people at Nike — was the main talking point during this tightly contested match. He even decided to keep tally of the World No 1’s shirt changes, as though he couldn’t quite believe how quickly the Spaniard’s attire was becoming drenched.

To add insult to injury, Cotter even suggested — incorrectly — that Rafa had put one of the wringing wet shirts back on during his second set struggle. No doubt Rafa’s bag was full of fresh attire, whereas Cotter’s head was devoid of anything remotely insightful. My view was confirmed by a quick trip to his website, which promises “Blog articles will appear here as soon as I think of something interesting to say.” Come back Chris Bailey, Mark Petchey and Sam Smith: your country needs you.

If you were watching that match, you would have been impressed with tyro Tomic’s capacity to outhit Nadal from the baseline, with a combination of huge, flat forehands and acute angles. His calm demeanour — even after he squandered a 4-0 lead in the second set — was also impressive from an 18-year-old. But he didn’t look so good moving forward and when Rafa figured that out, the match was his for the taking.

Nike won’t thank me for saying this, but the much-vaunted “dry fit fabric” in Rafa’s shirt does have the unfortunate effect of making him look as though he’s just stood under a shower. I don’t think this is quite what Caroline Wozniacki had in mind when she held forth to a roomful of baffled reporters earlier in the week: “When you take a shower, don’t stay there for half an hour. Two minutes is enough.”

Women’s World No. 1 Wozniacki was responding to criticism that she is “boring” by going freestyle in a press conference and answering all those dumb questions before the reporters had a chance to open their mouths. After she’d done that, Denmark’s pin-up girl had a crack at more challenging subjects like global warming.

I’m sure Wozniacki is not alone in finding these sessions with the world’s press rather predictable, but that’s the downside of her multi-million dollar profession. If you’re a tennis hottie (ugly phrase, I know), you will inevitably have to endure nosy questions about boyfriends every time you bat your eyelashes at a professional sportsman. Of course, if your name is Anna Kournikova you could forget the whole messy, sweaty business of trying to be a champion and just enjoy being the centre of attention.

It’s a good thing that Clijsters has such a well-developed sense of humour to go with her enlarged mammaries.

Also this week, Kim Clijsters stared into the ugly face of male chauvinism — Aussie commentator Todd Woodbridge — and emerged smelling of roses. I can’t really sum it up any better than Patrick Carlyon did in the Herald Sun: “NEVER innocently ask a woman if she’s pregnant.” The three-times US Open Champion got wind of a text Woodbridge had sent the previous week, saying: “She looks grumpy and her boobs are bigger.”

Like an idiot, Woodbridge followed up with a direct question during one of those cringe-making on-court interviews. It’s a good thing that Clijsters has such a well-developed sense of humour to go with her enlarged mammaries. Serena Williams might have punched the former doubles champion on the nose, and he would have richly deserved it.

I can’t remember when this trend for grilling players both before and immediately after matches began. Perhaps it’s a corollary of our obsession with reality TV: cameras and microphones must be everywhere at all times. It surprises me that the cameras don’t follow the players back into the changing room during their mid-match “comfort breaks”. During the 2002 Australian Open final between Martina Hingis and Jennifer Capriati an “extreme heat” break saw the American retreat briefly to the tunnel, in a desperate attempt to get out of the sun. She couldn’t get away from the all-seeing eye, though.

As a spectator or a TV viewer I really don’t need to see sweaty and exhausted players forced to trot out yet more clichés before they’re allowed to leave the court. A victory wave, a smile and a few autographs for the fans really should be enough.