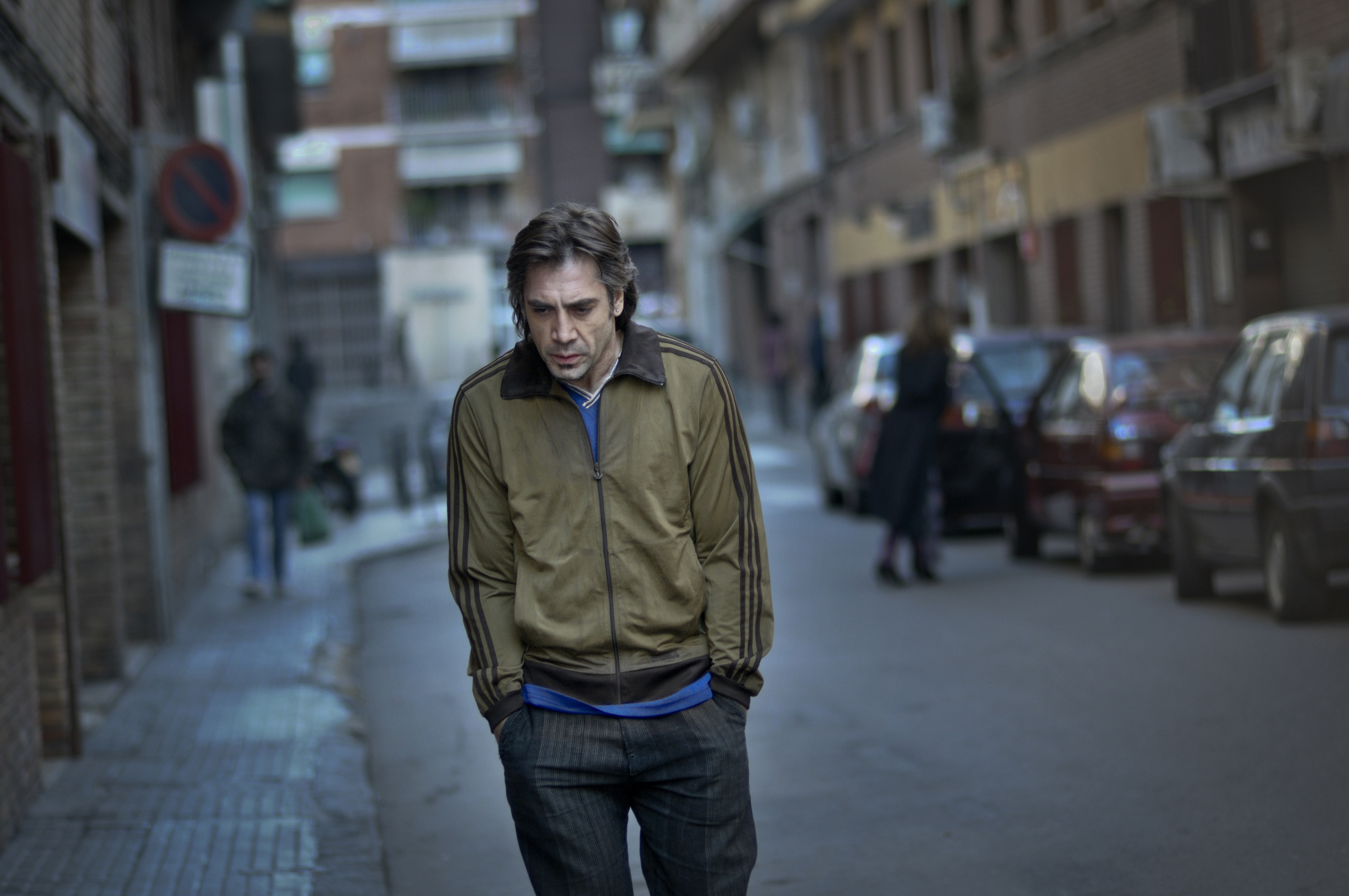 Chronicle of a death foretold: Javier Bardem as Uxbal

Life is far from beautiful in the world of Alejandro González Iñárritu: it’s a bitch. Take a car crash or a random shooting; mix it with a lot of cruelty, criminality and angst; then divide into multiple intersecting storylines and you have the recipe for Amores Perros or Babel. With Biutiful the Mexican maestro promises us a “straight narrative line” — welcome news for those with a short attention span. But although he’s completed his Death Trilogy, Iñárritu is calling this one “a requiem”. Now I don’t mind a bit of gloom and doom in the name of art, but does it have to be humourless and pretentious, too?

Biutiful is set in Barcelona and begins with a dream — or a waking vision — of two wraith-like figures conversing in a snow-covered forest. One of these men is Uxbal (Javier Bardem), the identity of the other isn’t revealed until later in the film. The last time we saw Bardem paying homage to Catalonia was playing the artist and all-round babe magnet, Juan Antonio, in Woody Allen’s comedy Vicky Cristina Barcelona. Here, his character is a terminally ill father of two, with a bipolar wife, a dubious source of income and the worst hairdo you’ve seen since No Country for Old Men.

Iñárritu’s Barcelona is strikingly shot by Rodrigo Prieto: he captures the texture and the grungy feel to the cramped apartments and dingy backstreets that are Uxbal’s territory. There are a few gorgeous skylines and a tantalising glimpse of the ocean. But when Iñárritu shows us a perfectly lit and composed shot of a shoreline, the context is tragic not hedonistic. It’s all a long way from Allen’s ex-pat playground or even the shabby chic of Almodóvar’s All About My Mother.

Uxbal lives on the margins — though not to the same degree as the pockets of Chinese and Senegalese immigrants who are his main source of income. He’s a middle man supplying labour to construction sites and overseeing drug-dealing activity on the streets. Though he earns his money off the backs of illegals, Uxbal genuinely seems to care about these people and the dangers they face. He befriends one of the Chinese women who is forced to camp out in a freezing cold factory every night. Later, he offers a home to Ige (Diaryatou Daff) a young Senegalese mother, after her drug dealer husband is arrested and deported.

The screenplay, co-written by Iñárritu with Armando Bo and Nicolas Giácobone, painstakingly builds a picture of Uxbal’s daily routines at home and at work. Oscar nominee Bardem delivers that combination of toughness and great sensitivity that makes him such a compelling performer. Careless about his own health, Uxbal’s tireless efforts to secure some kind of peace for himself and stability for his broken family are rooted in desperation and deep compassion. Inevitably, new problems keep getting in the way. 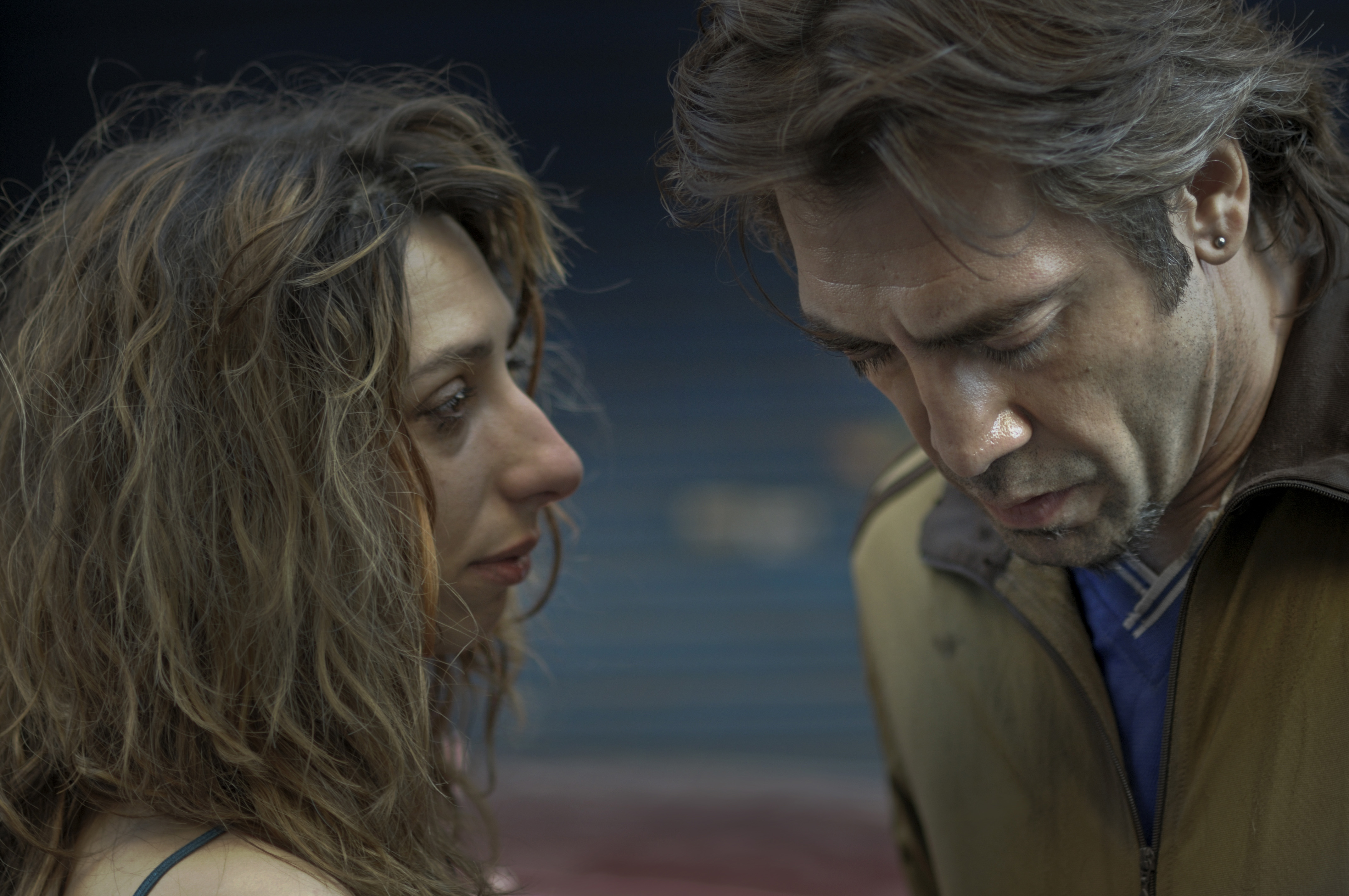 For me, Biutiful works best as a family drama, focusing on Uxbal’s relationships with his daughter Ana (Hanaa Bouchaib), son Mateo (Guillermo Estrella) and estranged wife Marambra (Maricel Álvarez). Whether she’s cavorting semi-naked in her brother-in-law’s bedroom; devouring melted ice cream with her fingers; or clumsily disciplining her son; Marambra’s behaviour is thoroughly erratic, but always believable. Álvarez, who makes an impressive film debut here, shows us a profoundly damaged woman who wants to do right by her kids but cannot stay rooted in reality long enough to make that happen. It’s a remarkable and unselfconscious performance that deserves an Oscar nomination.

If Iñárritu had adhered more closely to the fluctuating relationship between Uxbal and Marambra this could have been a great film. Sadly, he can’t resist introducing what might be his equivalent of Hitchcock’s MacGuffin — the disaster that’s waiting to spill out into every other area of the plot. This time it turns out to be some faulty gas heaters purchased with the best of intentions by Uxbal, but fatally toxic to those chilly Chinese workers. The prolonged shots of a guilt-ridden Uxbal lingering over the lifeless corpses feel like too much misery in a film that’s already so focused on death. Add to this a scene in which Uxbal gets to view the recently exhumed (and mummified) corpse of his long-dead father and it starts to feel more than a little heavy-handed. Oh, and did I mention that Uxbal earns a few extras Euros on the side by communicating with the spirits of the dead?

There’s no question that Iñárritu is an ambitious and talented film-maker. His casting choices here are impeccable — from his lead actors, to those heartbreakingly trusting kids and Daff’s key role as Uxbal’s last hope. Gustavo Santaolalla’s subtle music and the amplified use of sound at key moments help to underscore the tragedy that is unfolding. But with Bardem so convincing as the suffering Uxbal, Iñárritu should have resisted the temptation to pile the weight of the world’s problems on his increasingly fragile frame.

(Biutiful is released in UK cinemas on 28 January.)