Spitting Image still has a cutting edge in 2020 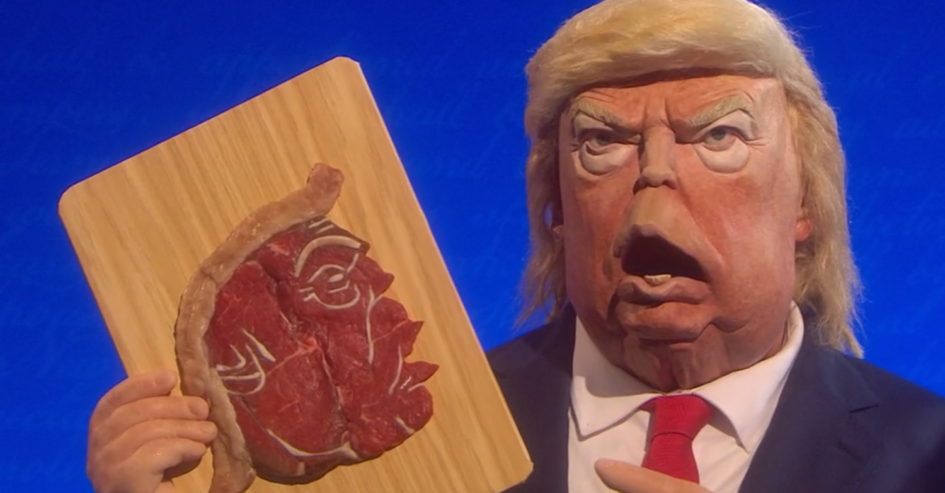 The new series of Spitting Image is on Britbox

COVID-19 has laid waste to the cultural landscape in 2020, but at least we haven’t missed the opportunity to see President Donald Trump ‘starring’ in the new Britbox series of Spitting Image. The 45th US President and his multi-functional, tirelessly tweeting rectum loomed large in the first episode of the satirical show.

FLOTUS Melania Trump paid her husband’s ‘appendage’ a backsided compliment by declaring: ‘I say this, it spells better than you!’ The sketch was more gross than funny, but it did raise my hopes that if Trump loses next month’s presidential election he might, finally, disappear up his own rear end.

The original Spitting Image series ran on ITV from 1984 to 1996, featuring puppets by Peter Fluck and Roger Law that wickedly caricatured the politicians, royals and celebrities of the day. In an era of just four terrestrial TV channels and no internet, this was appointment TV.

Where else could you see the Queen Mother portrayed as a gin-swigging, Beryl Reid-soundalike granny, or thrill to the macho appeal of a besuited, cigar-chomping Maggie Thatcher terrorising her cowering ministers? President Ronald Reagan was mercilessly mocked over his missing, walnut-sized brain in another unforgettable scene in the White House presidential bedroom.

Although I watched Spitting Image through much of its 12-year run, the appeal lay more in the shock value of the puppets and the quality of the mimicry than the subtlety of the scripts. I approached this Britbox reboot for the 21st century with low expectations, but after one episode I’m pleasantly suprised by how funny it is. 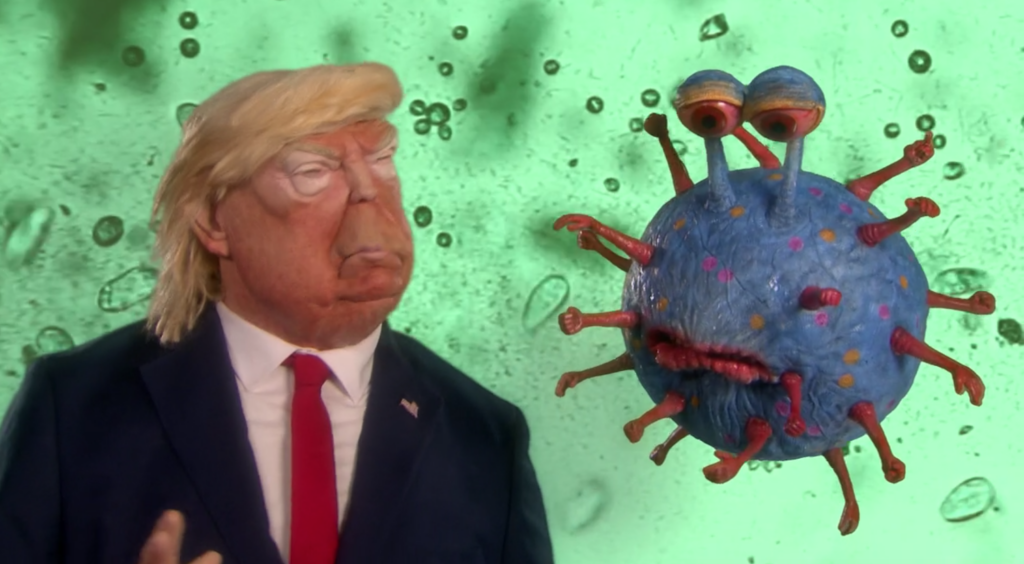 The art of the deal: Trump negotiates with ‘Coroney’

If these do prove to be the final, chaotic weeks of Donald Trump’s presidency, I’m glad I got to see his Spitting Image encounter with ‘Coroney’. In a possible nod to the 1966 Raquel Welch movie Fantastic Voyage, President Trump has himself miniaturised (‘Less yapping, more zapping’) so that he can negotiate a great deal with the veiny, bug-eyed ‘virus dude’ during a visit to the CDC laboratory.

The voice cast of the original series featured many stars of British comedy, including Steve Coogan, Harry Enfield and Kate Robbins, with Steve Nallon as the hectoring Margaret Thatcher. In the new show comedian Matt Forde does a fantastic job capturing Trump’s voice and that of Prime Minister Boris Johnson, who comes across as amiable, lazy and not really in charge of anything.

BoJo had better hope that the fumes from his ‘parliamentary bong’ will keep predatory adviser Dominic Cummings at bay. The alien Cummings looks like a less ugly version of Davros from Doctor Who — ‘I didn’t come all the way from Epsilon 5 (I mean Durham) to write a speech with no death rays’. In between salivating over Baby Wilf, he dares Boris to fire him or get behind his dastardly plans for ‘basic hive maintenance’.

It is very early days for this series, but the big issue for any TV satire is knowing what you can get away with in these ultra-woke times. We barely seem to tolerate alternative ‘opinions’ these days, let alone any humour that hasn’t been ruthlessly parsed and then censored by the taste police.

Luckily for Spitting Image you’re still on pretty safe ground ridiculing a sitting government – especially if it happens to be the Conservative government in charge of the COVID-19 pandemic.

Talking of controversy, Spitting Image was definitely playing it safe showing the now exiled Prince Harry as a hapless jobseeker with a penchant for dressing as a Nazi. Meghan and her all-encompassing teeth were largely in the background. There were no jokes about ‘Megxit’, the nasty British media, or Harry’s fractured relationship with Prince William.

The highlight of the Spitting Image 2020 was the arrival of ‘practically perfect’ New Zealand Prime Minister Jacinda Ardern, who floated in like a latter-day Mary Poppins to sing about the joys of the virus-free nanny state she presides over. Then she kills the vibe by taking a big knife out of her carpetbag and decapitating some poor bloke with a cough.

‘Super-Kiwi-socialistic-extra-nice-Jacinda’ shows that Spitting Image is still capable of delivering the coup de grace and cutting-edge humour. Welcome back.