War and Peace: big hits and some misses 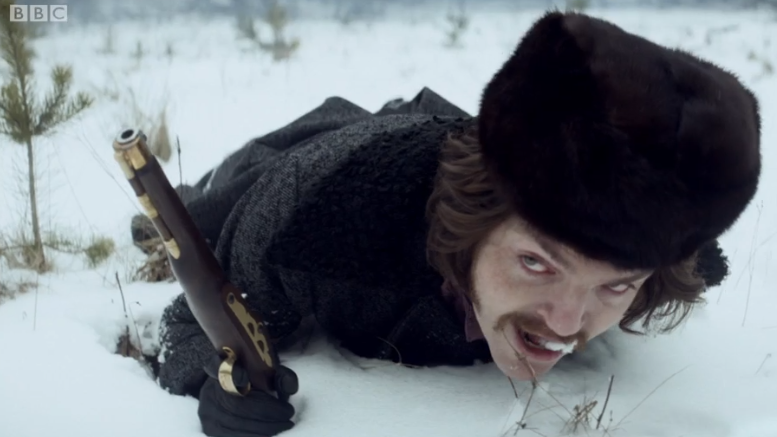 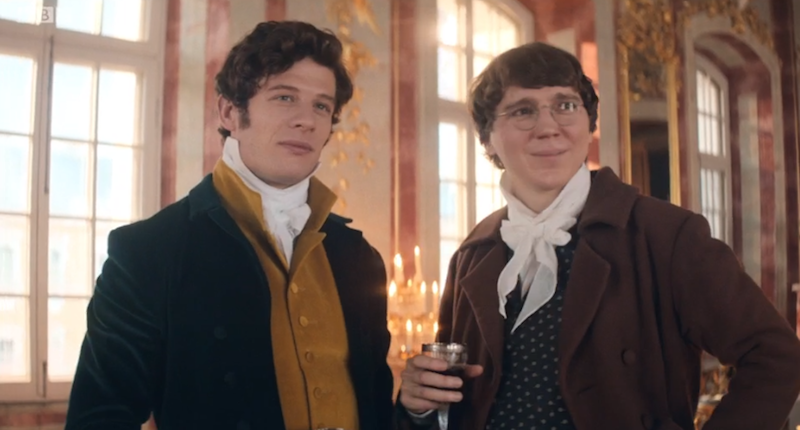 For once the BBC content warning about “upsetting scenes” was not misplaced. I’m not talking about those hyperactive leeches that made an appearance early in Episode 5 of War and Peace, or the demise of Prince Nikolai Bolkonsky (magnificently played by Jim Broadbent).

As we were plunged into the carnage of the Battle of Borodino, there were explosions galore and bloody corpses everywhere you looked. The bespectacled Pierre Bezukhov (Paul Dano) was stumbling around the battlefield without a weapon or much of clue. Andrei Bolkonsky (James Norton) and the weaselly Anatole (Callum Turner) had a touching reconciliation over the latter’s recently amputated leg. It was enough to have me reaching for the smelling salts.

I read Leo Tolstoy’s Anna Karenina more than 20 years ago, but I’ve never managed to work up the energy to tackle War and Peace. I approached this lavish BBC drama knowing little about the plot and rather more about screenwriter Andrew Davies, a man well-versed in the art of “sexing up” costume dramas for the age of micro-blogging and short attention spans.

With just six hours of screen time to tell a story that covers more than 1,400 pages in the Penguin edition, there’s obviously a lot of Tolstoy that got left on the cutting room floor. But in my ignorance of what’s been lost from the novel, I’ve been able to sit back and revel in the sheer spectacle of the battle scenes and ballroom set-pieces.

In period dramas it’s usually the ladies who get all the attention for their frocks, hairdos, jewellery and décolletage. But in War and Peace it’s been the male characters (young and old) who’ve proved the most eye-catching. With their tall boots, tight breeches and acres of gold brocade, Andrei, Nikolai (Jack Lowden) and Boris (Aneurin Barnard) are like magnificent young peacocks. As the battle-scarred General Kutuzov, Brian Cox also looks very impressive, though at times the size of his epaulettes has threatened to overshadow his performance.

Episode 3 of War and Peace featured the most artistically shot duel in the snow since John Malkovich’s Valmont came a cropper near the end of Dangerous Liaisons. The scene in which the filthy rich but hapless Pierre (“Just remind me how you point it”) squares up to the disreputable Dolokhov (Tom Burke) was funny, horrifying and strangely beautiful in equal measures.

Down and dirty: Tom Burke as Dolokhov

The rules of modern TV drama seem to require a “tweetable” moment every five minutes, even if doesn’t appear in the source novel or add much to the story. Even if you haven’t been watching, you’ve probably read about the incestuous scene between Pierre’s faithless wife Helene (Tuppence Middleton) and her brother Anatole in Episode 1 and her energetic coupling with “Shagger” Dolokhov in Episode 2.

Last night War and Peace threw in a couple of jaw-dropping moments, as Nikolai’s men get naked for a much-needed al fresco bathing session and poor little Boris gets his ear tweaked by Napoleon (Mathieu Kassovitz).

All of this might sound as though I’m trivialising a serious drama that has never allowed its characters to be swamped by the sheer scale of the production. Stephen Rea’s performance as the scheming Prince Vassily Kuragin really stood out for me in the early episodes, and Rebecca Front has stolen every scene she’s been in as Boris’s doting mother, Anna Mikhailovna.

I have been less affected by the romantic storyline of the heroine of War and Peace, Natasha Rostova. I’m not a fan of Lily James, and she hasn’t done anything yet to make me care which man she ends up marrying. I’ve been far more impressed and moved by Jessie Buckley as the loyal and long-suffering Marya Bolkonskaya, caught between an overbearing father and a stubborn brother.

I mean it as a compliment when I say that Paul Dano is a fine actor rather than a flashy movie star. He’s so consistently and unobtrusively good, that I don’t always remember how many of his films I’ve seen.

Along with James Norton, Dano has carried the weight of this production of War and Peace on Pierre’s fragile shoulders. Good-hearted but often naive, he’s embraced wealth, marriage and freemasonry with varying degrees of success, but never lost sight of his humanity. It’s been a privilege to watch him. 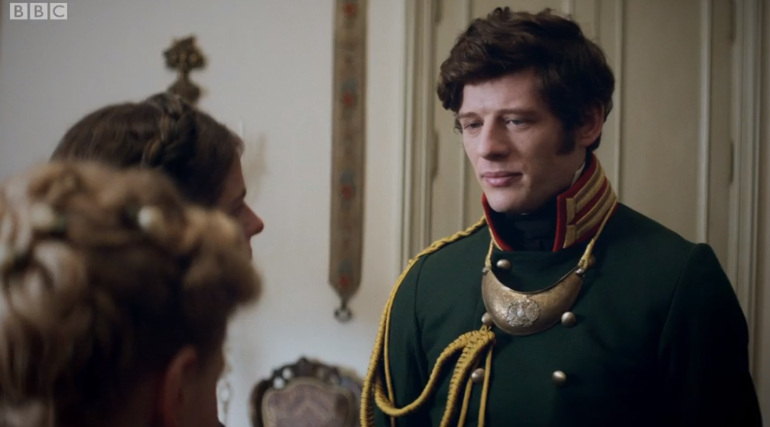