Growing Up with The Graduate 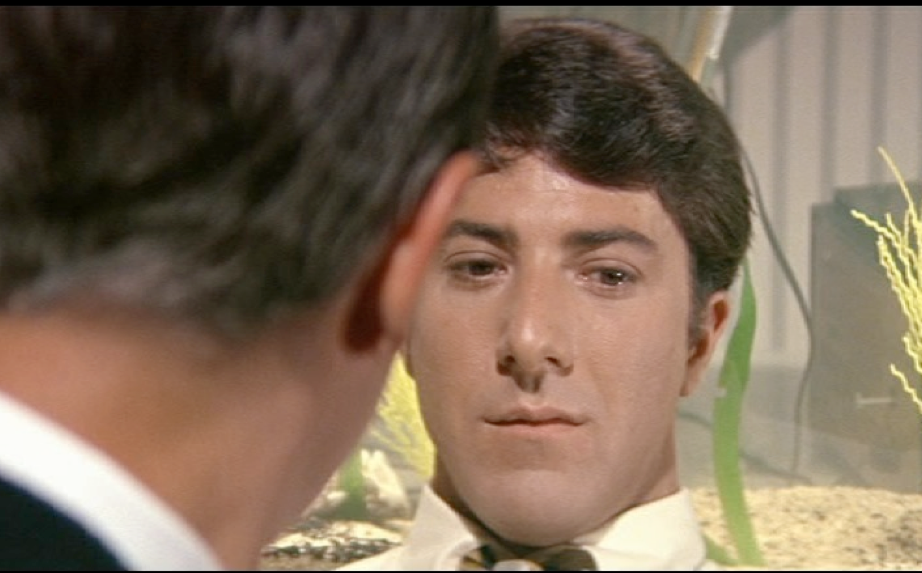 The Graduate is the movie I would nominate as my “Desert Island disc” if I were unfortunate enough to be marooned somewhere with limited home entertainment options.

When director Mike Nichols died last month, aged 83, I wanted to write a blog post but was hampered by a serious case of writer’s block. You might even say that I was overcome by ennui – much like Benjamin Braddock, the hero of Nichols’s most famous movie, The Graduate. I found myself adrift in a seemingly endless 60s montage of my own making, scored by Simon & Garfunkel songs.

Even people who haven’t seen The Graduate know that it features songs by Paul Simon and Art Garfunkel – The Sound of Silence, Scarborough Fair, Mrs. Robinson. But how many are aware that the rest of the soundtrack was composed by the brilliant Dave Grusin, whose later work includes Tootsie (also starring Dustin Hoffman) and one of my all-time favourites, The Fabulous Baker Boys.

Most film buffs have at least one movie or franchise that they return to regularly, luxuriating in the familiarity of plot, dialogue and performances, while also finding something new every time. The Graduate is the movie I would nominate as my “Desert Island disc” if I were unfortunate enough to be marooned somewhere with limited home entertainment options.

The danger of familiarity is that it can breed boredom. I can honestly say that has not been my experience with The Graduate. Since I started blogging about cinema I have enjoyed and appreciated the film more than when I first watched it in the mid-80s.

I was only four when Nichols’s sophisticated comedy was released in December 1967. By the time I was ready to sit through the whole film, I had recently left university with a law degree and the crazy idea that I could have a meaningful career in publishing. In reality I had a boring job, a miniscule salary and, like many of my friends, regarded work as an interruption to my social life.

At least I wasn’t living at home. That put me one step ahead of Benjamin, the aimless hero of The Graduate, who soon finds his post-university idyll threatened by his overbearing parents (played by William Daniels and Elizabeth Wilson) and the predatory alcoholic Mrs Robinson (the unforgettable Anne Bancroft).

The age-old problem of the generation gap is handled with great sophistication by screenwriters Calder Willingham and Buck Henry. From the opening party scenes, the Braddocks are rather too eager to parade their newly returned son like a prize heifer in front of their affluent friends and neighbours.

Nichols skilfully employs close-ups and point of view shots (Ben lumbering into the pool in his new diving apparatus) to emphasise how he feels both smothered by and alienated from the world of his parents. The degree of misunderstanding is never more stark than in Ben’s “half-baked” engagement announcement to his bewildered parents. This sums up the alternative reality in which he now exists.

For later generations weaned on the comedies of Judd Apatow, the sly humour might prove too subtle. (The sad clown picture hanging on the landing of the Braddock house.) But I think The Graduate still strikes a chord with underachievers who feel that they haven’t quite lived up to their education or their parents’ expectations.

Now that I have reached middle age, I find I am more sympathetic towards Mrs Robinson – seducer, relationship-wrecker and all-round bad mother.

In reality, Anne Bancroft was a lithe and beautiful 36-year-old when she played the “broken-down alcoholic” Mrs Robinson. But as her affair with Benjamin sours she’s portrayed as a termagant, determined to keep him away from her daughter Elaine (Katharine Ross) even at the cost of destroying the family.

She’s made to look not just deglamorised but almost monstrous in the rain-drenched scene where she hijacks Ben’s date with Elaine. In the climactic wedding sequence, Mrs Robinson is reduced to flailing hysteria as she screams at her daughter and then hits her. 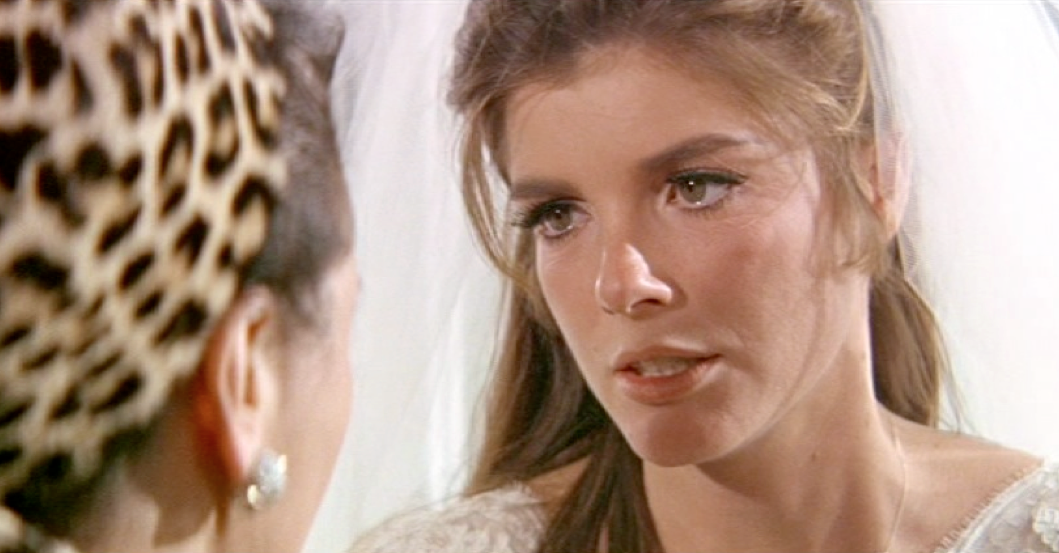 Despite all this, two earlier moments do emphasise Mrs Robinson’s vulnerability and how she “lost interest” in everything apart from booze and illicit sex. First, when Ben insists on some pillow talk during one of their trysts and quizzes her about her life. He can’t see the reaction, but her expression reveals the sadness at a shot-gun wedding, a husband she loathes and college studies in art that never went anywhere. Later, during the montage when Elaine leaves for Berkeley, she stands apart from the family – there’s no goodbye from her daughter.

The Graduate doesn’t allow her a redemptive moment, but I’d like to believe that Mrs Robinson eventually made it to the Betty Ford Center, kicked the booze and took up painting or charity work.

Finally, I recognise that I’ve grown increasingly anti-religion in the years since I first watched The Graduate.  (No, I’m not singling out any religion in particular.) I love the fact that this film ends with Ben locking the baying crowds inside the church with a large cross, as the runaway couple make their getaway.

“Elaine, it’s too late!” shouts a desperate Mrs Robinson following the marriage to stuffed shirt Carl Smith. “Not for me!” shrieks Elaine.

It’s the last line of dialogue and sounds a note of defiance and optimism, though for all we know her happiness may not lie with Ben.