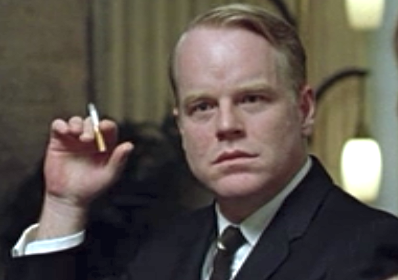 Actor Philip Seymour Hoffman has died, aged just 46, and all some people seem concerned about is the future of The Hunger Games franchise. This is both crass and cruelly ironic, given that Hoffman’s filmography was notable more for quality art house hits than cinematic blockbusters.

The first Philip Seymour Hoffman film I ever saw was 1992’s Scent of a Woman, and the last was The Master. Of course, Hoffman was not the star or even the juvenile lead in Scent of a Woman. Martin Brest’s syrupy, overlong drama was a vehicle for Al Pacino, who won an Oscar for his shouty performance as the blind Lt. Col. Frank Slade; the charisma-free Chris O’Donnell played his young “aide” and minder. It’s 20 years since I last saw the film, but was Hoffman’s presence, personality and rather shambolic appearance as the obnoxious student George Willis, Jr. that I remember.

By the time he played cult leader Lancaster Dodd in The Master, Hoffman himself merited that description as an actor with versatility, courage and great sensitivity. To be honest, it was a film that bored and infuriated me in equal measure, though that was largely down to the mumbling Joaquin Phoenix. But Hoffman was menacing and magnificent, and I’m glad that the title of Paul Thomas Anderson’s movie has provided headline writers with a neat way to memorialise one of the greatest screen actors of the last 20 years.

The Guardian has got in ahead of me with its Philip Seymour Hoffman greatest hits package, so here’s my own tribute. 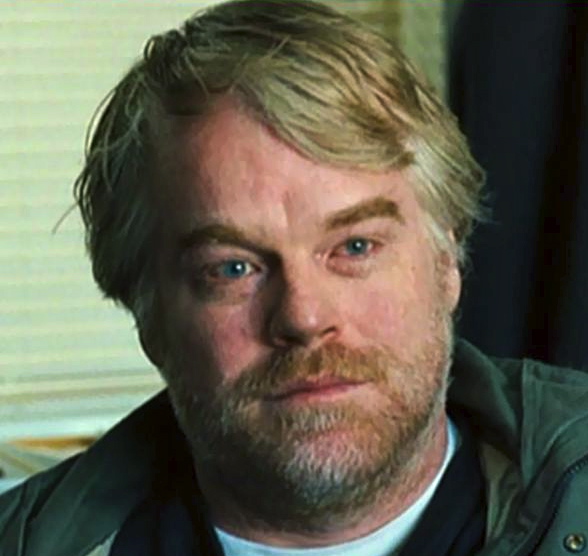 Philip Seymour Hoffman in The Savages (2007)

Paul Thomas Anderson directed Philip Seymour Hoffman in five films – Hard Eight, Boogie Nights, Magnolia, Punch-Drunk Love and The Master (2012). Speaking of their final collaboration, Anderson said that as an actor Hoffman had “gotten older and more confident”. He also acknowledged the fragile nature of that craft, “Because you can have it one day, and it’s not there the next . . . ”

Cooper’s Town was the actor’s film and TV production company, which he founded with Emily Ziff. The company’s productions included Capote, The Savages and Jack Goes Boating.

Death of a Salesman – the 2012 Broadway revival of Arthur Miller’s play earned Hoffman a Tony award nomination for his performance as Willy Loman.

Film critic Roger Ebert memorably described the actor as having “a gift for playing quickly embarrassed men who fear rejection”.

Flawless gave Hoffman one of his most flamboyant roles as Rusty, a New York drag queen, pre-op transsexual and mistress of the one-liner.

Philip Seymour Hoffman was born on 23 July 1967 and died on 2 February 2014. The cause of death was reported as a heroin overdose.

“I liked it all. Yeah.” In a 2006 60 Minutes interview the actor gave a candid assessment of his past relationship with drugs and alcohol.

“A truly kind, wonderful man and one of our greatest actors – ever.” A heartfelt Twitter tribute from Mia Farrow.

Lester Bangs, the rock journalist in Almost Famous, was one of several real-life roles played to great acclaim by Hoffman. “The only true currency in this bankrupt world is what you share with someone else when you’re uncool.”

Mimi O’Donnell was Hoffman’s long-term partner and mother of his children, Cooper, Tallulah and Willa. O’Donnell was the costume designer on Jack Goes Boating.

Mike Nichols directed the actor on screen in Charlie Wilson’s War and in the stage productions of Death of a Salesman and The Seagull.

His Oscar win was for his role as author Truman Capote in Bennett Miller’s 2005 biopic, Capote. He was also nominated three times in the best supporting actor category (Charlie Wilson’s War, Doubt and The Master).

As Plutarch Heavensbee, Head Gamemaker in the Hunger Games series, Hoffman had one of his highest profile roles. Parts 1 and 2 of Mockingjay are still scheduled for release in 2014 and 2015. In a 2013 interview he declared himself a fan of author Suzanne Collins and her books.

Rumpled was the word most often used to describe the actor’s off-screen appearance.

Synecdoche, New York saw Hoffman cast as theatre director Caden Cotard, who’s beset by personal problems and obsessed with a painstaking production that recreates his own life inside a huge New York warehouse. Rolling Stone called it a “mind-bender”.

Unfinished projects at the time of Hoffman’s death included the TV comedy, Happyish, in which he was due to star as the creative director of a New York-based advertising agency. Only the pilot episode of the Showtime series had been shot.

Vancouver Film Critics Circle was particularly generous to Hoffman, handing out best actor awards for Capote and 2003’s Owning Mahowny and a best supporting actor prize for The Master.

The Yearling, a 1994 TV movie, was a rare family-friendly entry on Hoffman’s CV.

Paul Zara (Hoffman) was the old-school campaign manager outmanoeuvred by his protégé Stephen Meyers (Ryan Gosling) in the 2011 political thriller, The Ides of March.